Irving Rabin was one of those men who couldn’t sit still. He always needed a project to which he could devote his prodigious energies.

Whether guiding Rabin Worldwide (the company he built into one of the world’s largest industrial auction houses), celebrating with his family or strengthening the Jewish community, Rabin was a macher in the true sense of the Yiddish term: a doer.

“He was unique,” said his Israeli-born wife of 33 years, Varda Rabin. “He lived in a process, not a goal. From idea to execution to accomplishment, there was no space. Many people have ideas, but when he had an idea, he would just do it.”

Though he made a fortune in business, Rabin devoted much time, energy and money to the Jewish community. He founded two key local institutions — Jewish Vocational Services and the Young Adult Division of the S.F.-based Jewish Community Federation — and played equally important roles in the founding of Menorah Park (senior residences) and the Judah L. Magnes Museum.

Federation CEO Jennifer Gorovitz first met Rabin (pronounced RAY-bin) when she served as legal counsel at the Magnes, and he was its president.

“He was a tremendous human being and a great leader,” she said. “He had the twinkle in his eye, was always polite and respectful, yet decisive. Working with him at federation, I realized he is one of those amazing community giants who really understood everything a healthy Jewish community needs.”

“He had the biggest ideas of anyone I dealt with in the Jewish community,” said Rabin’s friend Rabbi Brian Lurie, former CEO of the S.F.-based Jewish Community Federation. “Always bigger, better and grander. He was always thinking what more can be done for the Jews.”

Rabin was born May 11, 1930, in San Francisco. His grandfather was a rabbi, his father a cantor. As members of Congregation Beth Sholom, Rabin and his family were steeped in Jewish culture and tradition.

He grew up in the Depression era and war years with a strong work ethic.

“Everyone had to work to sustain the family,” Varda Rabin said. “They had a soda shop, and Irv started to work there at age 11 making ice cream. The men were at off at war, so he needed to chip in.”

Rabin graduated from George Washington High School, attended U.C. Berkeley and served in the military during the Korean War (though he never shipped out).

After the war, Rabin’s brothers started a military surplus business. Rabin worked with them, eventually branching out on his own.

With his talent for salesmanship and an eye for a bargain, he got into the industrial auction business. Those first steps grew into Rabin Worldwide, one of the world leaders in evaluating, marketing and selling surplus business.

“He had a big personality and was always sure of himself,” said daughter Orlee Rabin. “You need that to be a good auctioneer. In that time before the Internet, it was all relationship building. He was a very trustworthy man and likeable.”

Rabin devoted significant energy to the Jewish community. JVS Executive Director Abby Snay called him “a visionary. He saw needs emerging before other people did.”

Rabin founded JVS in 1973 because of his concerns over rising unemployment in those days of hyperinflation and gas lines. He became the agency’s first board president and remained a supporter for the rest of his life.

Snay, who joined JVS in 1975 as a part-time counselor, called Rabin “clear in what he wanted, kind and encouraging. He wanted to see results, and encouraged the growth of the organization.”

The lifelong Zionist found himself in Israel during the 1967 Six-Day War — and he covered the immediate aftermath in a multi-part series for j.’s predecessor, the Jewish Bulletin.

In the Aug. 25, 1967 edition, he wrote: “You get it from everyone you talk to, cab drivers, shop-owners, kibbutz workers or men on the street … they are proud and happy and want only one thing. ‘To live in peace.’ I heard it many times.”

Back home, Rabin also saw a need to bring young Jews together, not just to provide a meeting ground but also to groom future leaders. Thus the federation’s Young Adult Division was born in the 1960s.

Rabin’s daughter says her father started YAD “as a way to meet women.” Ultimately, the longtime bachelor met his match in Varda, an Israeli who came to the Bay Area to study psychology at U.C. Berkeley.

On their first date, the two wandered into a hot tub store. She was struck by how friendly and warm this successful, wealthy man was to the saleslady.

“He treated everybody with dignity,” she said. “He had no fear of people, no need to show he’s bigger than any other. He had such a warmth and caring.”

Rabin and Varda married, and though he was by then in his 50s, he wasted no time becoming a family man. The Rabins had four children, who became the other passion in his life.

Recalls his daughter, “My dad led the family. He was the glue. We grew up having Shabbat every Friday night. We were able to stick together as a family.”

Meanwhile, Rabin pressed on with his stellar career. Together with business partner Bernard Osher, he bought the Butterfield & Butterfield auction house, while running Rabin Worldwide. They sold Butterfield in 1999 for a tremendous profit.

In the Jewish world, he continued to make a difference.

Phyllis Cook, former executive director of the Jewish Community Endowment Fund, first met Rabin in the 1960s. She remembered him as someone “deeply, passionately committed to the Jewish community” and a person who “saw the big idea.”

One of those ideas involved buying up real estate around the Jewish Community Center of San Francisco. It wasn’t for profit — the property ended up becoming Menorah Park, one of the city’s top senior residence facilities, He served as the first board president.

Rabin also served as president of the Magnes Museum during a crucial period of transition, as well as sitting on the boards of federation, the American Jewish Committee, the ADL and Sinai Memorial Chapel.

Not all of his ideas panned out. Rabin pursued the purchase of the Fireman’s Fund building across the street from the JCCSF. He envisioned the 470,000-square-foot property housing all of the region’s major Jewish institutions, from the federation on down. Ultimately, the deal never went down, but that didn’t mean Rabin got down.

“Irving’s main ingredient for success was that he had no ego,” Varda Rabin said. “Success or failure was never a reflection of how he saw himself. He would do a deal, lose $100,000 and I would look so sad. He said, ‘You win some, you lose some.’ ”

In his later years, Rabin continued to oversee his Jewish philanthropy and enjoy his family. The family liked hiking and camping, as well as traveling. Rabin often planned family trips around one of his industrial auctions.

Back home, daughter Orlee remembers dance parties that the Rabin family organized. “My parents are very social people,” she said, “throwing surprise parties for their friends, any excuse they could have.”

A stroke in 2009 slowed him down, but he continued to enjoy life, especially when grandchildren came on the scene.

Though gravely ill with cancer this summer, Rabin looked forward to the Aug. 12 wedding of his son, Ariel, and he “attended” via Skype.

Hours before he died, he sang a sweet Spanish ballad — “his last performance,” said his daughter — to the gathered family.

“He sang to the kids the song he prepared to sing at the wedding,” Varda Rabin said. “That night we put him back to bed and he started to drift away. While we were singing, he took his last breath. Then we said the Kaddish. He gave us peace.”

Added Orlee: “He was a pillar of Jewish life, and it’s sad to see that go, but our family is very proud of his legacy.” 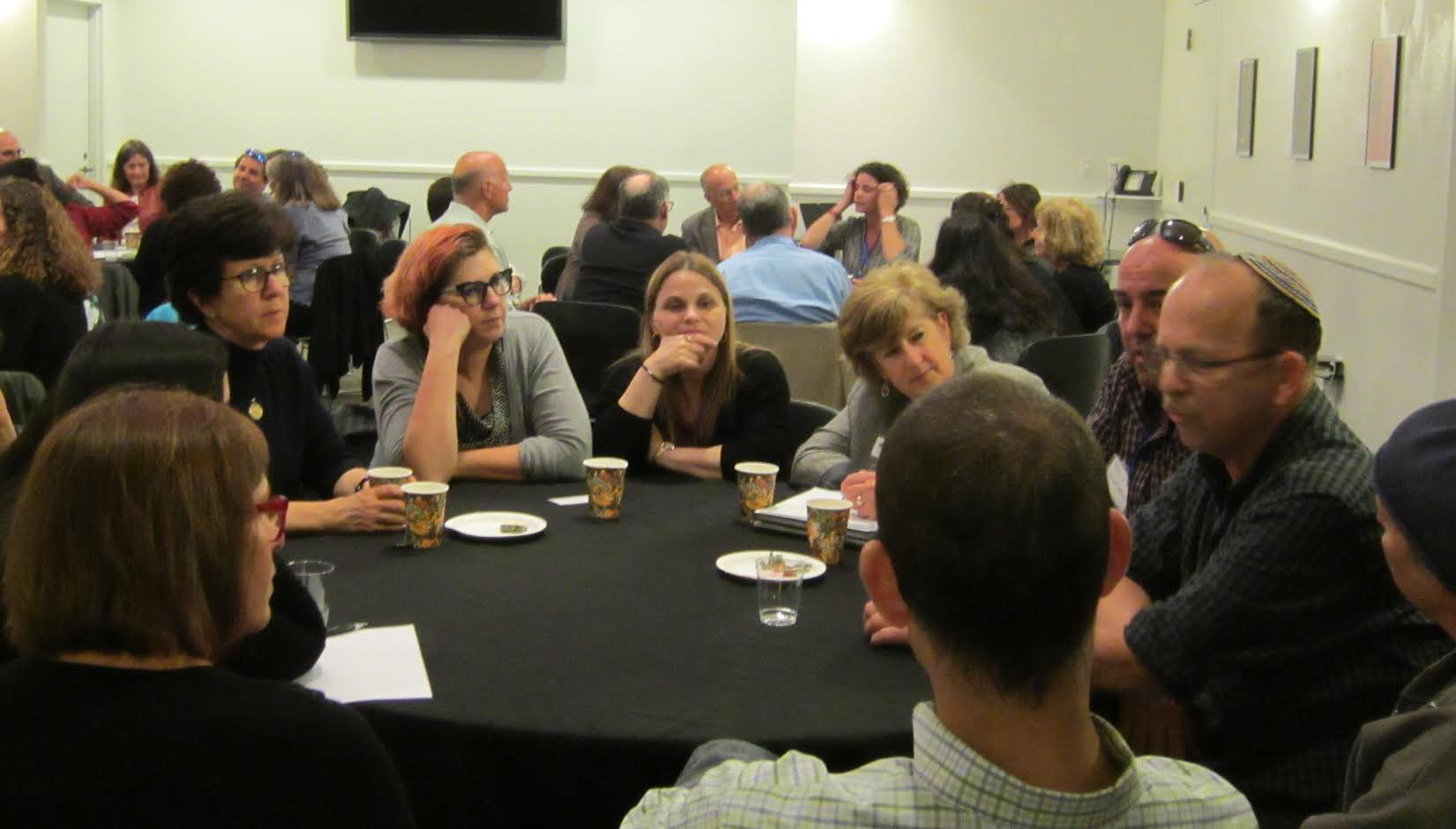 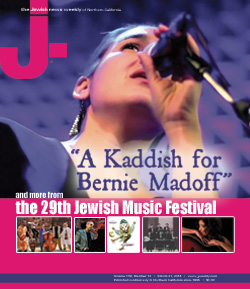