Then and Now: Yuletide, Jews and aristocracy converge in S.F.

Christmas seems to come earlier and earlier each year, with decorations going up and programs being advertised even before the first rain falls.

The Bay Area conversation about Christmas — particularly Jews and Christmas — starts right after Simchat Torah this year in Berkeley. On Saturday, Oct. 13 at 1 p.m., j. editor Sue Fishkoff will interview Rabbi Joshua Eli Plaut at the Magnes Collection of Jewish Art and Life about his new book, “A Kosher Christmas: ’Tis the Season to Be Jewish,” a humorous and learned exploration of the complex Jewish relationship with the Great White Holiday.

Part of the weeklong Litquake extravaganza, this conversation (if history is any guide) will touch on the Bay Area relationship with Christmas, whose legacy passes through one particular home: the Haas-Lilienthal House at 2007 Franklin St.

The only San Francisco building designated as a National Treasure by the National Trust for Historic Preservation, the Queen Anne–style house was built in 1886 for William and Bertha Haas.

It was the site of many weddings among the city’s prominent Jewish families but was even better known for its lively Christmas parties, among the most sought-after wintertime invitations in the city. Irena Narell, in “Our City: The Jews of San Francisco,” describes a Yuletide meal this way: “The table held a glazed suckling pig as its centerpiece, with an apple in its open snout. Pig was never served again, not because this was prohibited by Jewish dietary law but because it was too tough.”

Today, descendants of the houses’ early residents still meet for a Christmas celebration in a tradition that now spans three centuries. Although, as John Rothmann reports in “Kosher Christmas,” “None of the trappings of Christmas remain. Santa Claus no longer makes his appearance.” In 2010, when the holiday coincided with Shabbat, “The candles were lit, the kiddush was chanted, and two loaves of Challah were on the table. We welcomed the Shabbat as a family.”

This column is provided to j. by Daniel Schifrin, writer-in-residence at the Contemporary Jewish Museum, where stories of local Jewish life are explored in “California Dreaming: Jewish Life in the Bay Area from the Gold Rush to the Present.” www.bit.ly/california_dreaming 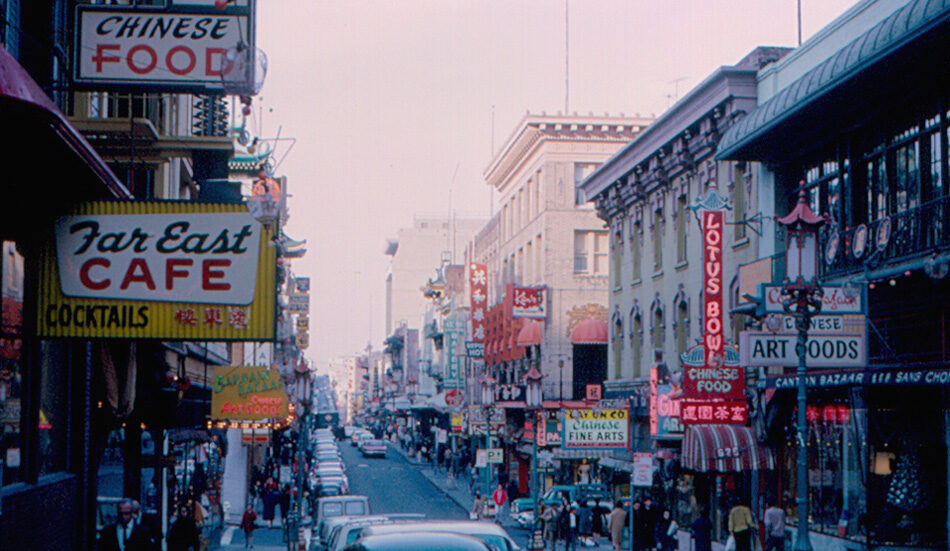