prague  |  In 1988, Yehuda Evron received a letter from Lech Walesa, the first post-Communist president of Poland, on the eve of the country’s transition to democracy.

“He wrote that within a few months we would get my wife’s property back,” recalled Evron, now 80. His wife was the only Holocaust survivor of a family who owned a residential building and factory in Zwienec that were confiscated by the Nazis and then seized by Poland’s Communist government.

Evron, a Romanian émigré and leader of the New York–based Holocaust Restitution Committee, which represents claims of thousands of survivors from Poland, chortled bitterly last week when recalling his initial optimism after corresponding with Walesa. Nearly 25 years have passed, many more survivors have died, and Polish leaders repeatedly have reneged on promises to enact a restitution law to compensate for the billions of dollars in property stolen from Jews and non-Jews during and after the Holocaust.

A Polish magazine ran this 2011 cover of two Jews staring toward Warsaw’s Palace of Culture and Science stating, “Son, some day all this will be yours.” photo/jta-angora

Home to more Jews than any other country before World War II, Poland is now the only European country to endure Nazi occupation that has not enacted a law to ensure some kind of private property compensation or restitution to Holocaust survivors or their heirs.

Evron was at a Holocaust restitution meeting in Prague last week, organized as a follow-up to a 2009 conference in the same city that produced a historic resolution on Holocaust assets. The 2009 Terezin Declaration was signed by 46 countries that committed to speeding up the restitution of private and communal property to Holocaust survivors and their heirs.

Both conferences were organized and supported by the Czech Foreign Ministry, U.S. Jewish organizations and the State Department, with participation from countries throughout Europe.

At last week’s gathering in the Czech Republic, many lamented that so little had been accomplished in three years.

“In sum, restitution of property confiscated during the Holocaust proceeds exceedingly slowly, if at all,” said a report prepared for the conference by the World Jewish Restitution Organization, an umbrella group.

The focus remains on Central and Eastern Europe, where compensation for communal and private property seizures began in the 1990s and in most cases continues at a glacial pace.

In Croatia, the main progress since 2009 has been the proposal of an amendment eliminating a citizenship requirement imposed by Croatia’s restitution law — but the amendment has not been submitted to lawmakers for consideration.

In Romania, all compensation to private-property claimants has been suspended; critics blame a corrupt and bankrupt compensation fund.

In Latvia, where 300 Jewish communal properties were never returned, a bill offering some compensation has been stalled for six years.

In Hungary, Prime Minister Viktor Orbán has withheld the final two years of a government compensation program to aid Hungarian survivors who reside outside the country.

There have been a few bright spots.

In 2011, Lithuania authorized payment of about $50 million over 10 years to compensate the Jewish community for communal property seized by the Nazi and Soviet regimes. Serbia passed a restitution bill affecting Jews and non-Jews that the Jewish community expects eventually will address Holocaust claims specifically.

Last month, the Czech Republic’s lower house of parliament approved a plan to return billions of dollars worth of communal property confiscated from Jews and Christians by previous Communist governments. If the bill passes, the Czech Federation of Jewish Communities is set to receive $500,000 a year over 30 years.

In 2010, Terezin Declaration signatories approved a set of nonbinding best practices, such as suggesting solutions to the problem of heirless property and making the claims process more transparent and affordable. After initially agreeing to the document, Poland made an abrupt about-face and withdrew its support. To add salt to an already festering diplomatic wound, Polish Foreign Minister Radoslaw Sikorski in 2011 went on Polish radio to complain of U.S. pressure on restitution issues.

Poland was the only signatory to the 2009 Terezin Declaration that did not send a delegate to last week’s conference.

“It says a lot that they refuse to even engage,” said Greg Schneider, executive vice president of the Claims Conference, which is responsible for Holocaust restitution from Germany and Austria.

A counselor at the Polish Embassy in Prague, Isabella Wollejko-Chwastowicz, said a compensation law was “so complicated” that it was taking a long time for the government to review. The explanation contradicts the most recent public Polish government position that Jewish groups simply are demanding too much.

But failing to come to agreement on a restitution bill could be more costly for Poland, restitution advocates note. Jews could press private-property claims in court. In Warsaw, for example, a third of the city’s real estate was in Jewish hands before World War II.

For his part, Evron continues to press his wife’s case, but he doesn’t have high hopes.

“I have now spent more money on this case than the building is worth, and my son asks why bother? My answer: It’s the principle that matters. You take something, you give it back.” 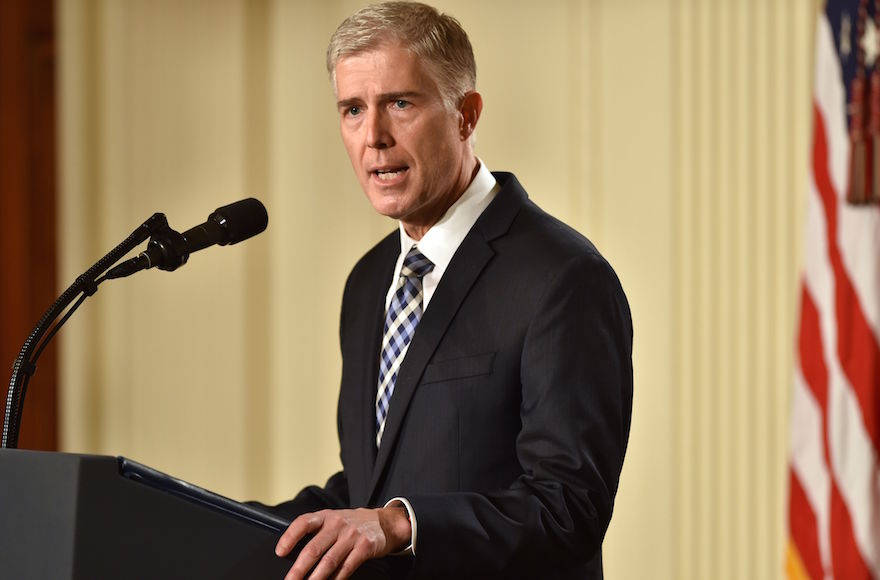