What do the ukulele, Yiddish songs and roots music have in common Lil Rev

When Marc Revenson first picked up the ukulele, pop songs featuring the four-string instrument, such as Train’s “Hey, Soul Sister,” were few and far between, and sales of the instrument hadn’t yet shot through the roof.

“When I started playing the ukulele in the early 1990s it definitely wasn’t cool,” said Revenson, who goes by the name “Lil Rev” when he performs with his ukulele, harmonica, mandolin or guitar. “Now the ukulele’s everywhere — on TV, in movies and in commercials. It’s been nothing short of amazing.”

Revenson, 44, travels about 30,000 miles a year in his Grand Caravan minivan, putting on one-man-shows as he rides the wave of what he and others call the “ukulele revival.” As he zigzags around the country, he often stops at JCCs, Jewish retirement homes and synagogues; Revenson grew up with his Orthodox grandparents in a musically minded family in Wisconsin and a good number of his performances feature Jewish music.

During past visits to the Bay Area, he’s put on shows on “Jews of the Tin Pan Alley,” “Jews ’n’ Blues” and played Yiddish tunes at local JCCs, the Reutlinger Community for Jewish Living in Danville, and the San Francisco Folk Festival.

Over the next few weeks he’ll perform and lead ukulele workshops in Petaluma, Palo Alto and Santa Cruz.

Revenson, who lives with his wife and 3-year-old daughter in Milwaukee, Wis., remembers his grandfather singing old Yiddish songs and playing recordings of Yiddish jazz singers, the Barry Sisters, and comedian and musician Mickey Katz. Revenson said listening to his grandfather’s records helped him develop an interest in music history.

“I like the roots of American music, and even though I grew up listening to pop music in the 1980s, I just like to trace things back as far as they can go,” he said by phone while on the road in Florida. “When I was young I became fascinated with history in general, and particularly American music history.”

Revenson grew up playing several instruments, but not the ukelele. But when he was in his 20s and a fan gave him a banjo ukulele (picture a ukulele with a banjo-type body), “I just kind of fell in love with it,” he said. “It was a happy little instrument and I loved the novelty quality of it.”

Revenson has published articles on the history of the ukulele, the harmonica and Tin Pan Alley music. He also is interested in the effect Jewish music has had on American music, especially from the 1910s through the 1930s — when he said a variety of traditions, including Yiddish theater and African American music, intersected.

“There was some magic formula that came of age during that era because people are still singing the songs written then 100 years later,” he said. “The composers had their fingers on how to write good songs and use a lot of the stylistic influences around them.”

In his shows, Revenson plays original compositions, traditional songs, and modern interpretations. In 2004 he released an album composed entirely of Jewish content, “I Can’t Keep The Past Behind Me,” which includes Yiddish folk songs and theater songs, niggun melodies he wrote, and songs about American Jewish history.

Revenson has researched and become well versed in roots music  — the music that served as the basis for later genres. A graduate of the University of Wisconsin Milwaukee, he taught music at Milwaukee Jewish Day School 2000 to 2005, when he quit his job to become a full-time ukulele instructor, musician and author.

“I traded my security blanket in for a lot of uncertainty,” he said. “I bought a house and quit my job. You don’t do that every day. And if you do, you have to really believe in yourself.”

He said the first few years after he stopped teaching were “lean,” but the ukulele’s resurgence has worked out well for him: By the late 2000s, when ukulele sales took off, he already had half a dozen instructional ukulele books on the market.

Up until this year, his wife and daughter traveled with him on his tours, and now Revenson acknowledges that his tours can feel like “a long time to be on the road.” But he “doesn’t regret for a moment” pursuing a career as a musician. To date Revenson has released about a dozen albums.

He said the “novelty quality” of the ukelele has helped him out over the years, especially when he plays Jewish music. After all, he said, “there aren’t many Jewish ukulele players out there.”

Lil Rev will hold ukulele workshops and perform at 7 p.m. Feb. 13 at Kala Brand Music Co. in Petaluma and 11 a.m. Feb. 16 at Gryphon Stringed Instruments in Palo Alto. He will give concerts for kids Feb. 19 to 22 at Santa Cruz area libraries. For details and complete Northern California listings visit www.lilrev.com. 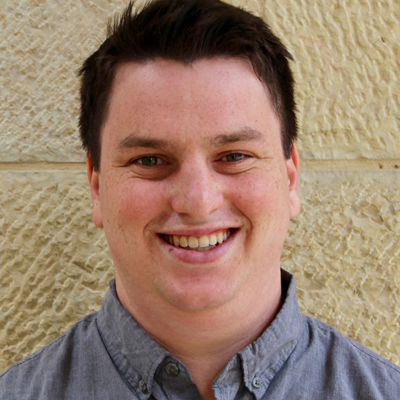 George Altshuler is a former J. editorial assistant and currently a rabbinical student at Hebrew Union College-Jewish Institute of Religion. He is a Bay Area native.