Just over 80 years ago, on Jan. 30, 1933, Adolf Hitler and the Nazi party came to power in Germany. It marked the beginning of a catastrophic period for the 550,000 Jews who lived in Germany.

By 1935, the Nuremburg laws stripped them of their citizenship, and indignity followed indignity culminating in Kristallnacht on Nov. 9, 1938. By the war’s end in 1945, the German Jewish community was virtually nonexistent. In Berlin, barely 1,000 souls survived, while many cities, towns and villages fulfilled Hitler’s goal of “Judenfrei,” without Jews.

Mainly due to a surge of emigration in the 1990s from the former Soviet Union, today the affiliated Jewish population in Germany numbers 105,000. A small but steady stream comes from all over the world, thanks to the government’s decision to award citizenship to the descendants of those who lost it in 1935. In addition, 18,000 Israelis have migrated and settled in Berlin, as ironic and as disturbing as that may be to many.

The quarterly publication ”Jewish Voice from Germany” was launched in 2012 in German and English. On its first anniversary, the newspaper carried a lead article lauding the publication (circulation 50,000) written by Guido Westerwelle, the German foreign minister — a far cry from the Nazi era!

The foreign minister wrote of the special and unique relationship the government has with Israel. Many claim German Chancellor Angela Merkel is one of very few world leaders who understands Israel. “She gets us” is a refrain by Israeli leaders.

In 1933, the city of Frankfurt had a Jewish mayor, Ludwig Landmann, who soon was relieved of his mayoral duties by the Nazis. Today another Jew, Peter Feldmann, is the mayor of the city, Germany’s financial capital. For the more observant, kosher restaurants and kosher food are widely available (compared with the dearth of such options in San Francisco).

While the picture in Germany looks promising and welcoming for Jews, last June a jarring and upsetting note was sounded. A judge in Cologne ruled that circumcision, the ancient Jewish ritual, was a criminally liable procedure. This no doubt resonated with the San Francisco Jewish community, whose leaders faced a similar challenge last year when opponents of circumcision attempted to place a measure on the November ballot. The move was dismissed by the court before it got anywhere. These same Jewish professionals, led by Abby Porth of the S.F.-based Jewish Community Relations Council, offered invaluable help to the Jewish community of Germany as it worked to rescind the Cologne judge’s ruling.

American Jewish Committee, the organization I represent, opened an office in Berlin in 1998 (the first and only American Jewish institute to do so) and is today a vital presence in Germany. The outstanding head of AJC Berlin, Deidre Berger, issued a strong rebuttal to the allegations against circumcision through the report “Facts and Myths About the Circumcision Controversy,” exposing many fallacies and prejudices. In December 2012, the Bundestag, the German parliament, overwhelmingly voted to allow circumcision for religious reasons. In referring to the issue, Merkel mentioned the report and Berger by name.

With regard to Germany, AJC has bucked the trend of American Jewish organizations. It reached out and made connections with the postwar government of Konrad Adenauer when others were dismissive of such a move; supported strongly the unification of East and West Germany after the fall of Communism; and foresaw the economic powerhouse that Germany would become, establishing a relationship with the Bundeswehr, Germany’s military, and particularly with its officers.

Today AJC has a commanding presence in the area of German-Jewish relations, helping to ensure that Jewish security and Jewish life remain major achievements of postwar German democracy.

Many Jews outside of Germany remain skeptical about a Jewish German presence, especially one that is growing and thriving. They fear the current rise in anti-Semitism, citing the growth of extremist right-wing bodies like the National Democratic Party and pointing to the anti-Semitism of extremist left-wingers. Above all, perhaps, the horrific memories of the Nazi years, speak loudest to those concerned about the Jewish future.

Anti-Semitism needs to be monitored carefully and closely. But in spite of any misgivings and concerns, today Jews are migrating to Germany because it is the most successful country in Europe. Few governments do more for the Jewish community than Germany’s.

Mervyn Danker is the regional director of the American Jewish Committee. 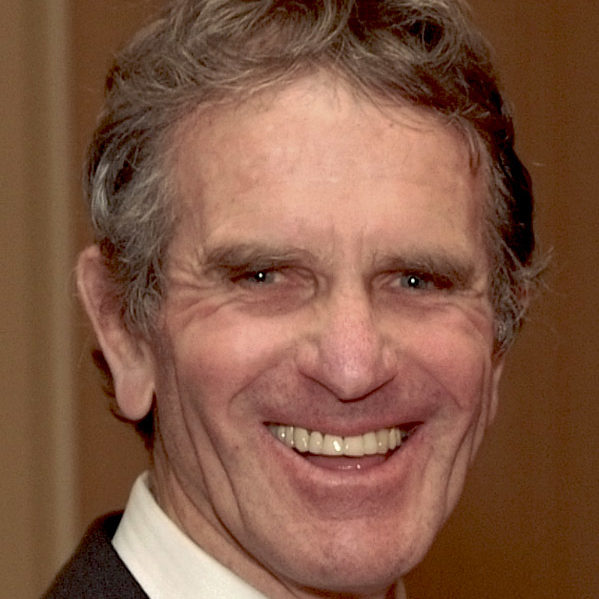