Polish-born Holocaust survivor Ben Stern didn’t attend the opening of the Museum of the History of Polish Jews or the ceremonies marking the 70th anniversary of the Warsaw Ghetto Uprising last week.

The 91-year-old Berkeley resident didn’t need to. He experienced that world firsthand and remembers it well.

Stern grew up in Poland, and during the Holocaust was a resident of the nightmarish Warsaw Ghetto. His father died of starvation inside its walls. Much of his family died in Treblinka.

He remembers vividly the German army’s invasion of his hometown of Mogielnica, about 40 miles south of Warsaw, in September 1939.

The first soldiers pulled up in a motorcycle and sidecar, asking for refreshments at the liquor store run by Stern’s grandmother. Stern, then 18, fetched them drinks. The soldiers paid, thanked him and went on their way.

Not long after, the Germans were not so polite. Hitler crushed Poland in a matter of days.

Stern fled to Russia but returned when he learned his mother had fallen ill. That’s when the entire family was herded into a ghetto in Mogielnica. In November 1940, they were transferred to the Warsaw Ghetto, which served as their home for nearly two years.

“We had no water, no heat, no toilet, no electricity,” he said of the two rooms he shared with his parents, brother and grandparents. “We had to go outside for the toilet, and with a stick or brick, knock so the rats should escape. They were huge like cats. It’s hard to imagine. People were falling down in the street, leaning against a wall, and all of a sudden dropped dead. You cannot describe the hunger.”

Stern proved resourceful. He helped smuggle flour into the ghetto, in exchange for which Jewish bakers slipped him extra loaves of bread. The dough’s composition was half sawdust and potato peelings. But Stern was literally the family breadwinner, and that fact fills him with pride to this day.

In early 1941, the Germans began erecting a wall around most of the ghetto. Slave laborers were needed to recover bricks. Stern signed up for the dangerous work of hauling bricks down from the tops of rubble piles. The reward: a loaf of bread. He also made a few extra zlotys running a rickshaw-for-hire in and around the ghetto.

At one point, he fell ill from typhus and nearly died, but his will to live won out.

Despite the extreme hardship, Jewish life went on inside the ghetto. Stern remembers his mother throwing some sort of tablecloth across a stool, which served as a Shabbat table, and his pious father continuing to study Torah. When starvation finally claimed him, Stern’s father was given a full Jewish burial in the adjacent Jewish cemetery; the thousands from the Warsaw Ghetto who ended up in mass graves weren’t so lucky.

In July 1942, the order came down to liquidate the Warsaw Ghetto. “They were beating [Jews] with whips and sticks,” Stern recalled. He also witnessed the famous last march of Dr. Janusz Korchak with nearly 200 Jewish orphans in his charge. The popular Polish pediatrician refused to abandon the children as they were led to the train to Treblinka, where all later perished.

Finally, on Aug. 15, 1942, the family was lined up for transport. “My mother and younger brother were pushed to the left, I was pushed to the right,” Stern said in a low voice. “Without saying goodbye, without hugging or kissing, I just turned my head once and that was the end. In 10 weeks, they burned [265,000 Jews from the Warsaw Ghetto, according to the U.S. Holocaust Museum] in Treblinka.”

Stern was sent to the Majdanek concentration camp, where approximately 59,000 Polish Jews were killed during its 34 months of operation, and a series of other death camps. But with the help of his positive spirit, he managed to survive.

He later made his way to Chicago, and used that same resourcefulness to get work as a carpenter’s assistant, master carpenter and eventually owner of a successful chain of laundromats. It was the American dream made good.

Stern missed the Warsaw Ghetto Uprising of April 1943. But “I would have given my life to be with the dead heroes,” he said. “It was a battle for history, for remembrance. Not to save their lives. Everybody knew they would not make it.”

And how did Stern make it? He was “fortified,” he said.

“I always kept encouraging [and] helping others to go on one day forward, stick it out. Because once you neglected that, you were done. [You] had to have the positive attitude to make it, and I kept promoting it.” 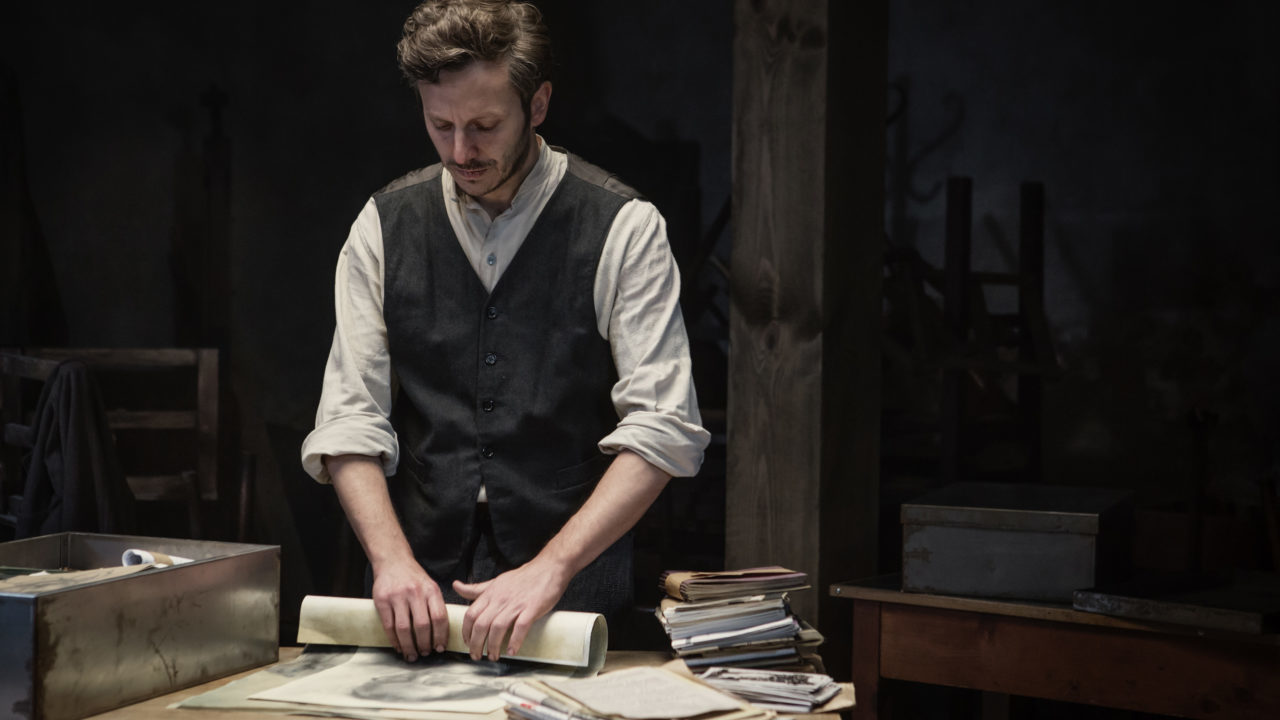