Torah | Ascend in holiness, rather than trying to ascend to holiness

In addition to being one of the most challenging parashah names for non-Hebrew speakers to pronounce, Beha’alotcha contains the Torah reading selected by the rabbis for Hanukkah. In it, God instructs Aaron about the crafting of the menorah for the Mishkan.

The three-letter Hebrew root of Beha’alotcha — ayin, lamed, hay — means to ascend or to go up. This root is found in the phrase ma’a lot kedoshim (increasing holiness), which the rabbinic sages Shammai and Hillel went over while discussing how we celebrate Hanukkah. Shammai argued that we should begin Hanukkah with eight lit candles and decrease the number of candles each night, until we are left with one candle on the eighth night. But because of the principle of ma’a lot kedoshim, we practice as Hillel advocated: We begin with one candle on the first night and increase the number of lights as the holiday progresses.

Yet just around the corner is the place where Jews seek holiness — the Kotel. Some feel a greater sense of ma’a lot kedoshim at the Kotel. It is closer to where the Temple Mount was, and since the Six-Day War has become increasingly identified as a religious site. The Israeli scholar Doron Bar notes that the struggle to overlay national content on the site has been thwarted as the religious establishment has continued to emphasize the holy aspects of the wall.

He notes that even Theodore Herzl, when he visited Jerusalem in 1898, confessed, “My heart cannot feel deep emotion.” Herzl envisioned the entire land comprising the ideal of what Israel would be — not a place where the locus of “holiness” would be focused on the Temple Mount or even Jerusalem itself. Ma’a lot kedoshim was settling the land.

When I first read Herzl’s words, I was so relieved. When I have visit the Kotel, I have not felt a heightened sense of ma’a lot kedoshim. I realize the historical import of where I am standing, but I do not necessarily feel closer to God.

As a Zionist and an ohevet Zion, a lover of Zion, where do I find ma’a lot kedoshim when standing in Jerusalem?

I leave the Kotel and walk to an unadorned room in the Old City. It was 2010 and California students gather for Shabbat as part of the Tel Aviv–Los Angeles Partnership. For the bulk of the trip we were at the Magen School in Tel Aviv, but Shabbat was in Jerusalem. Praying together, I felt a palpable sense of ma’a lot kedoshim. I was struck by the irony that in all of the Old City, with its hundreds of synagogues, there was not one synagogue where we could pray the way we prayed together then, men and women side by side. It was there that I found holiness.

Ma’a lot kedoshim is possible when we see the people in front of us. As long as our relationship with Israel is defined more by archaeologically important objects than by the faces of our brothers and sisters, then we will not realize holiness in Israel or anywhere else. In “The Tourists,” Israeli poet Yehuda Amichai reminds us about ma’a lot kedoshim:

I placed my two heavy baskets at my side.

A group of tourists was standing around their guide

and I became their target marker.

“You see that man with the baskets?

I said to myself: Redemption will come only if their guide tells them, “You see that arch from the Roman period?

It’s not important: but next to it, left and down a bit,

there sits a man who’s bought fruit and vegetables for his family.” 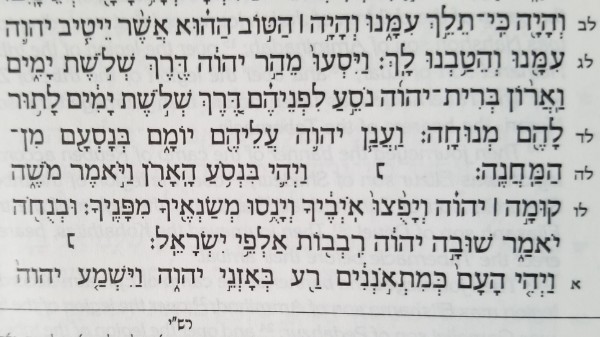