New director marching into CJM on a mission

At her first photo shoot as the new executive director of the Contem-porary Jewish Museum, Lori Starr made sure at least one picture was taken of her holding open the door to the museum.

If she could, Starr would stand there all day, every day, welcoming visitors.

“It’s not just about the number of people who come through the door,” she said in a recent interview in downtown San Francisco. “It’s about the museum as a second home, as a place of salience in people’s lives. More than anything, a museum is a social enterprise.”

Lori Starr stands in front of a wall display for the current exhibit “Beat Memories: The Photographs of Allen Ginsberg.” photo/gary sexton

If her schedule in the weeks leading up to her June 10 start date — packed with meetings with staff, community leaders and representatives of other local cultural institutions —indicates how busy she’ll be, it’s impossible that Starr will be able to greet everyone who comes through the door.

While making the museum’s 125,000 yearly visitors (especially families with children, a notably high 20 percent of that total) feel welcome is toward the top of her agenda, the new director will also focus on other relationships. Outside connections are already important to the CJM, and Starr intends to increase and strengthen them.

“I have a track record of launching natural, synergetic partnerships among institutions,” she noted. “Partnerships lift everybody up.”

A longtime museum executive, notably in Toronto and Los Angeles, Starr, 59, was announced as the new executive director of the CJM on Feb. 9. In less than two weeks, she will officially assume the post, taking over for interim director Denise Childs, who stepped in following the 2011 departure of longtime director and CEO Connie Wolf.

Similarly, she is excited about “Beyond Belief,” the first show in an SFMOMA series that will partner with local museums. Opening on June 28, the CJM exhibit will feature 48 works from the San Francisco Museum of Modern Art that explore the spiritual dimensions of modern art — especially as seen through a lens of Jewish theological concepts.

Starr also believes in the importance of the CJM originating its own exhibitions. “Designing Home: Mid-century Modern Jewish Artists, 1933-1965,” scheduled to run in 2014, will be the first show exploring the work of influential Jewish designers, architects and artists working during the mid-20th century. The focus will be on how they generated a lasting modern aesthetic rooted in Jewish experience and sense of place.

Starr views the CJM as part of “a new golden age of Judaism.” As such, she wants exhibitions to serve as catalysts for new ideas.

“The museum is a place of convening, with the exhibitions serving as conversation starters,” she said.

Likening the museum to an incubator, she added, “When people come together around ideas and culture, great things happen.”

Starr honed her ideas during a long and successful career in museums and related cultural institutions. Most recently, for seven years, she was the executive director of the Koffler Centre of the Arts in Toronto (as well as the Toronto UJA-Federation’s vice president for arts, culture and heritage). Before that, she held senior positions at the Skirball Cultural Center, the J. Paul Getty Trust and the J. Paul Getty Museum in Los Angeles.

In Toronto, which ranks 15th in the world for Jewish population by metropolitan area, Starr learned by necessity the importance of bringing a cultural institution into the fabric of its city.

When the Koffler Centre’s building was torn down for rebuilding, she worked to bring its exhibitions and programs to venues all over the city, including into neighborhoods that had never before hosted Jewish cultural events. The museum thus gained a new audience of young, hip people — Jews and non-Jews — passionate for new art.

Here in the Bay Area, she plans to leverage partnerships to extend CJM’s reach. “We won’t be bound by geography,” she asserted, noting her plans to use technology and new media as a way of “broadcasting out” beyond the museum’s walls.

But she loves those walls, too, and what’s inside them, and how the museum both structurally and philosophically blends the old with the new.

Along those lines, she’d like to establish some type of built-in, core exhibit featuring material from the CJM’s recent “California Dreaming” show. “It’s always helpful to have something for people to be able to learn about the local Jewish community,” she said.

Starr is extremely happy to be back in California, and especially in the Bay Area — not only for its forward-thinking, cutting-edge vibe, but also for the nature. A big fan of flora and fauna, she hopes to squeeze in an occasional hike, preferably with her husband, sculptor Richard Oginz, who will soon join her in San Francisco. Her two grown sons — one a musician, the other a writer, and both visual artists — plan to remain in Canada for the time being.

Starr said she knows where she wants to take the museum. She wants to broaden its audience and its support base, but really, she said, “We want it to be the most vibrant institution of its kind.” 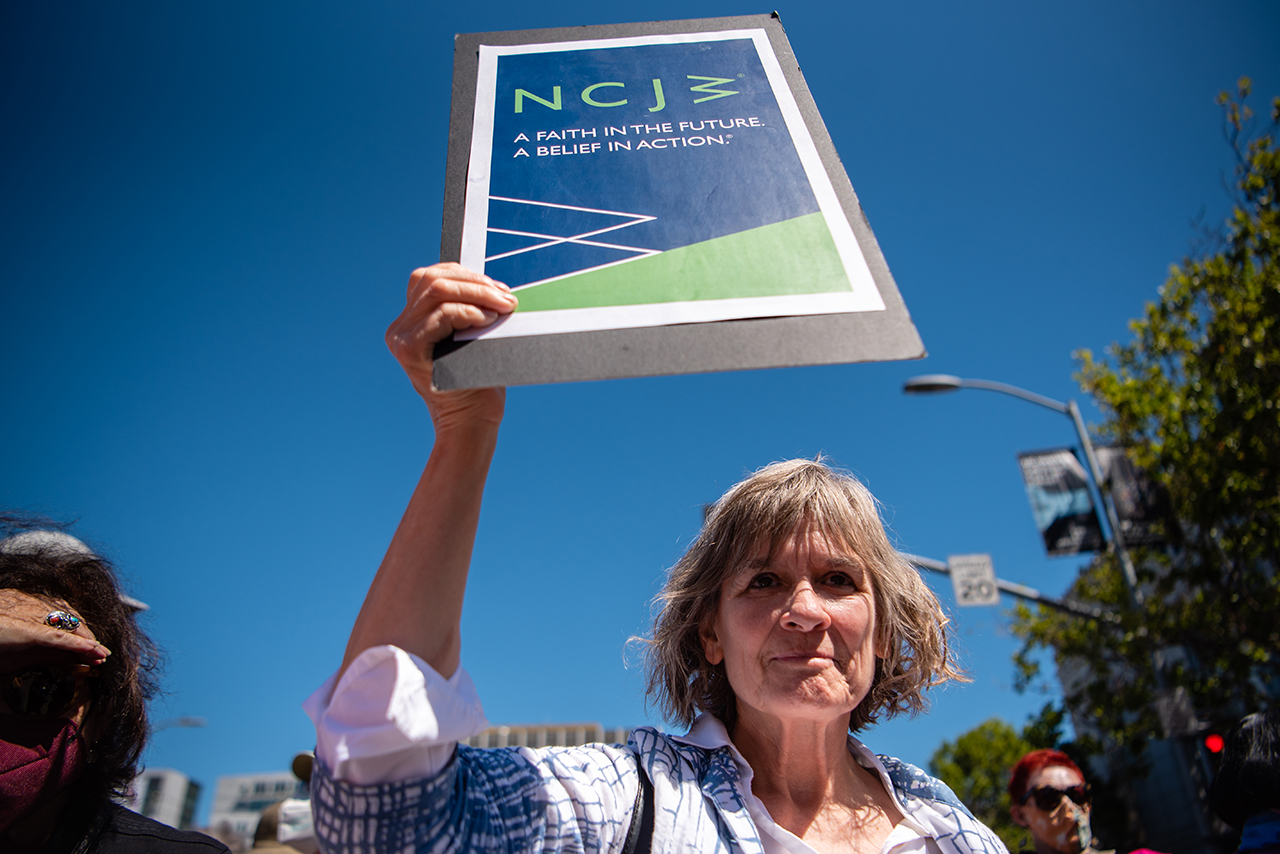