Poland of my youth gone, I return to embrace a changed nation

I stood in front of the Monument to the Ghetto Heroes in Warsaw, Poland, observing the 70th anniversary commemoration of the Warsaw Ghetto Uprising on April 19. That same day, the Museum of the History of Polish Jews opened its doors to the public for the first time. I was there as part of a group of business leaders and philanthropists led by Tad Taube.

As I watched the ceremony with my wife and sister at my side, in the shadow of the ghetto my mother was fortunate to escape, in the country that I called home for the first 23 years of my life, I was filled with emotion.

The ceremony was absolutely spectacular. To see the Polish flag flying next to the Israeli flag and to have the president of Poland, the prime minister, the mayor of Warsaw and other dignitaries attend the commemoration — an unprecedented showing of official public support — was something I had never seen before. I’d never heard church bells ring as part of any previous ceremony, but they did that day.

Truthfully, I wasn’t sure I ever would see anything like it; but Poland has changed. It is not the Poland I remember, and it is probably not the one you may have ever heard about.

I will be candid: When I was growing up in Poland, I hid that I was Jewish. We were a secular family, going to temple occasionally, but my parents spoke and read Yiddish and we were Jewish. The secrecy was a remnant of the war, I think; my parents imparted it to us silently, perhaps unconsciously.

When my mother and her younger sister escaped Warsaw in early 1940 to meet their younger brother in Russia, who managed to escape a couple of months earlier, my mother denied their Jewish identity to a German soldier on the train. They made it out because of that denial.

After the war, the denial was less overt but still there. I didn’t talk about being Jewish. I was a typical teenager, athletic and outgoing as I attended high school and then college in Poland, but I had no Jewish friends, at least none that I knew of for sure. I certainly experienced prejudice, but it felt more institutional, coming from the church or the government rather than from people I knew in daily life. I didn’t feel bad about myself, I never thought I wasn’t as good as anybody else, but I didn’t talk about it, either.

What I experienced on the April trip, the public and private recognition and respect, is emblematic of the changes in Poland. I think the unprecedented show of support is a manifestation of the nation’s commitment to democratic ideals and principles. It underscores the importance of respecting the efforts and accomplishments of past generations while recognizing the grave errors that have been made.

Some put the entire nation on trial and label everyone anti-Semitic. That is wrong and it was never true — not during the war, not under Communism and certainly not today. No nation, no people can be painted with that broad a brush.

The Poland I saw on April 19 was proud of its Polish and Jewish history. The Poland I saw was supportive in tangible ways that include not only the pomp and circumstance of memorials but also the tremendous public and private effort expended to build the museum.

The Poland I left years ago has changed for the better, and I want to make sure people know about it.

I want to thank Tad Taube, Shana Penn and her team for giving me the opportunity to connect with my Polish and Jewish roots and to celebrate the unconquerable human spirit embodied in the resistance fighters 70 years ago. I am proud of the changes I see in Poland, in myself and in the world at large.

Efforts to remember and understand our history are part of what moves the human race forward. We are never perfect, but we strive to be better, always.

Jerry Brenholz is president and CEO of ATR International, which he co-founded in 1988. He lives in Los Altos. 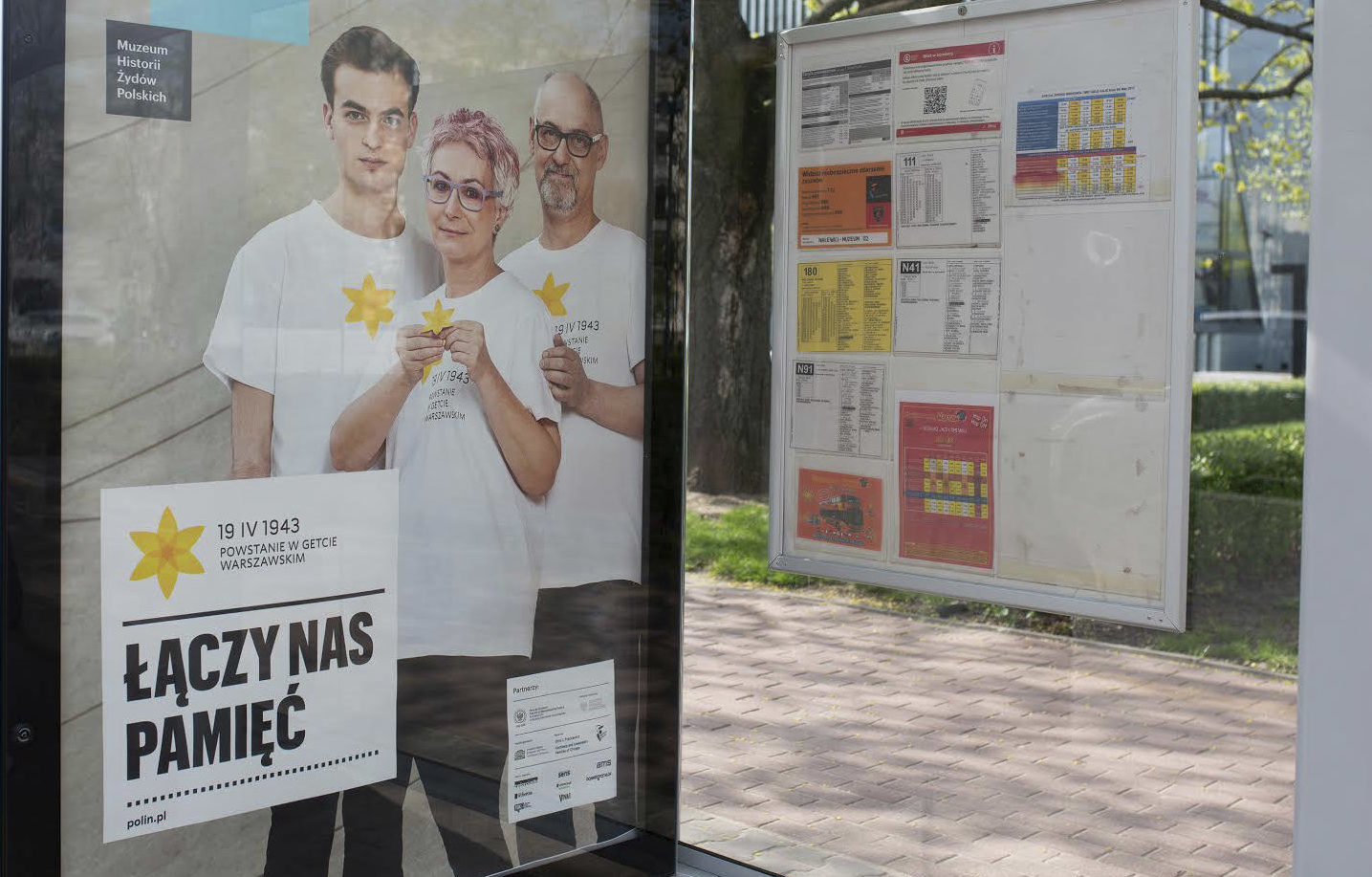