The Space Between | Golem 2.0 a modern cautionary tale about technology

Ken Goldberg is a golem of creativity. An artist, writer and professor of robotics and new media at U.C. Berkeley, Goldberg, 51, consistently breaks down barriers between art and science, and the popular and the scientific, like the clay hulk from Jewish mythology.

His conceptual art has been shown at the Whitney Biennial; he co-wrote three award-winning documentary films, including the recent “Connected: An Autoblogography of Love, Death and Technology” with his wife, Tiffany Shlain; and he is editor-in-chief of the journal IEEE Transactions on Automation Science and Engin­eering (I’ve let my subscription lapse).

Goldberg and I began a conversation about golems three years ago, when he and Gil Gershoni created the installation “Are We There Yet?” at the Contemporary Jewish Museum. After he returned from a conference in Germany about Freud and robots, we decided to pick it up again, against the backdrop of Hollywood’s summer of golems (“Pacific Rim” and “Elysium,” anyone?) and the new novel “The Golem and the Jinni” by local writer Helene Wecker.

According to the most popular version of the story, the golem is a clay monster created by Rabbi Judah Loew of Prague in the 16th century to defend the Jews against anti-Semitism. The creature comes to life when the rabbi writes the word emet (truth) on its forehead, and crushes the rabbi to death after he erases the first letter, alef, leaving only met (death).

It’s clear, given the powerlessness of Jewish history, why this fantasy of brute force remains a compelling story for Jews. But why has it reached its tentacles so far into popular culture, from the computer game Minecraft to TV episodes of “The Sopranos” and “Sherlock”?

“The golem is a cautionary tale, reminding us that we need to be thoughtful about how we use technology,” Goldberg explained. “The golem is part of a long history of imperfect creations and hubristic inventors, going back to Daedalus, Doctor Faustus and Frankenstein.”

As a technologist, Goldberg has a particular critique of Rabbi Loew’s invention: “There’s a software bug.” When the rabbi commands the creature to bring him water from the well, he doesn’t expect it to bring bucket after bucket until his house is flooded. He commits a simple but profound error by not including a “termination predicate” in the program explaining when and how a procedure should stop.

As an engineer, Goldberg can view the golem program as a failure. But as an artist, as a Jew, and even as a parent, he sees it as a success.

“Think back to Genesis, and to the Garden of Eden,” when the original Programmer created the source code for life in Adam and Eve. “Was God really so mad when they ate the apple? Wasn’t he not secretly pleased that his creatures exemplified a kind of free will, thereby demonstrating God was successful? They weren’t just robots following orders, but were able to do something beyond what he wanted them to do.”

It’s the same with art, or any creative venture. “You start out with an idea in mind, and as it evolves it goes off in new directions,” he said. “If you rein it in, you might get something interesting, but it won’t be nearly as interesting as if you really let it go.”

And as a parent? Goldberg laughed. “[My daughter] Odessa is 10, just on that cusp of being a teenager. I was a hell-raiser as a kid, but my parents always forgave me. I knew I could make mistakes, and that helped me become more confident and creative.”

Many readers have been struck by the appearance of a golem in “The Golem and the Jinni” that changes and grows over time. Does the evolution of this particular creature signal a shift in our anxieties about technology and control, in an era when computers drive our cars and beat us in chess? Are we approaching the moment in which an entire ecosystem of computers will — à la “The Terminator” or “The Matrix” — develop a higher consciousness and leave humanity behind?

Goldberg described a recent subfield called “cloud robotics,” in which robots, through an Internet connection with other machines, “learn from their own mistakes, and from the mistakes of others,” gaining access to a kind of shared memory base. But he doesn’t see this development as negative or likely to lead to what some tech theorists call “the singularity,” a technology-fueled superintelligence.

“Computer power is increasing rapidly and exponentially, but there are so many things we can’t program computers to do,” he said emphatically. “I don’t see progress in areas like creativity, intuition or emotional intelligence. Even with infinite computing time, it’s not at all clear how to achieve those things.”

Back to Rabbi Loew and the golem, and the moment in the story when the rabbi leans over to undo what he created. “Maybe that’s the rabbi’s true sin,” Goldberg suggested: not pushing himself to create something new “but wanting to erase what had been made. And that’s what can’t be done.” 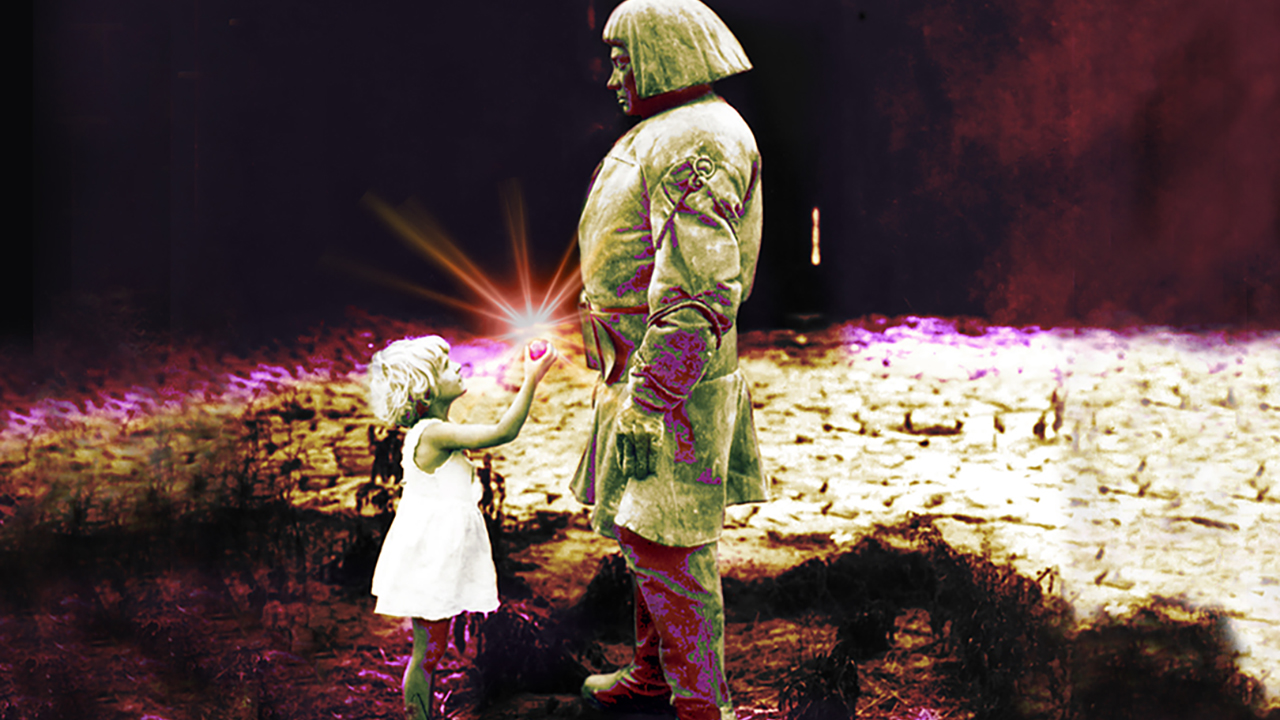 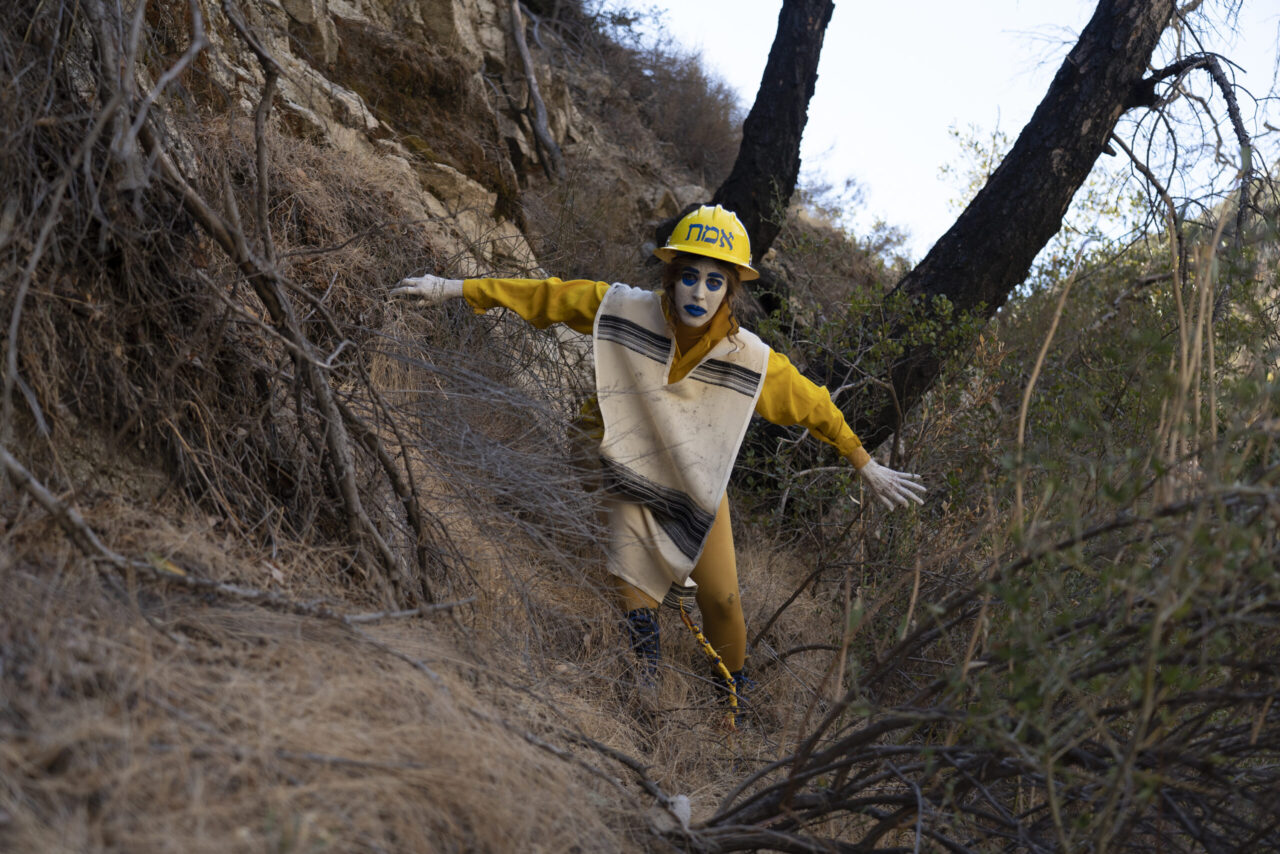