Q&A: An ice cream man who likes it green

J.: When did you start your organic ice cream company, and how did it get its name? How can there be three twins?

Neal Gottlieb:  I started the company in 2005 with a scoop shop in San Rafael, which is still there and will celebrate its eighth anniversary on Aug. 27. We opened our factory in Petaluma in 2010. The company name refers to me, my twin brother, Carl, and his wife, but I founded the company by myself.

J.: Starting a green company was important to you. Why did you decide to do it with ice cream?

NG: I felt I could build a green company with mass appeal by using food. Something that’s clean and organic can really appeal to the masses. Ice cream already had people paying different price levels, people willing to pay for good stuff. We would make organic ice cream bundled with other awesome traits and we’d have something. And it’s proving to be the case. We’re trying to make inconceivably delicious organic ice cream that’s accessible and affordable.

NG: I certainly ate a lot of ice cream growing up. We had a separate freezer in which half the space was reserved for our ice cream stash, which was largely whatever was on sale.

My brothers and I used to tease our mom that when we were on vacation, we didn’t get around to having breakfast, so we’d end up having Dairy Queen at 10:30 in the morning. We’d tease her for being a terrible mother for feeding her kids ice cream for breakfast, but in reality she was a good mother.

J.: Is it true that people who work around ice cream get so sick of it they can’t eat it anymore?

NG: I barely eat ice cream anymore. I honestly can’t remember the last time I had a scoop that wasn’t work-related. I’m not sick of it by any means. I very much enjoy it. But I know what it tastes like, so I don’t eat that much of it.

J.: What was Three Twins’ first flavor? Its most popular?

NG: The first flavor I ever made was vanilla. Some of the flavors we have in distribution are the original flavors we had from Day One. The Bittersweet Chocolate, the Madagascar Vanilla, Mint Confetti, Mocha Difference — those are all flavors I think were in the store on the first day. Sea Salt Caramel is our most popular flavor.

J.: What are your most unusual flavors?

NG: Probably the Hanukkah ones. I jokingly made three different Hanukkah flavors with Jon Stewart’s face on the pints and sent them to him for Hanukkah. Land of Milk and Honey is one of our regular flavors we do in our scoop shops, and we will be releasing it in pints next year.

I think Eight Crazy Nights is probably the weirdest one ever. It was sweet potato latke ice cream with handmade organic Hanukkah gelt. And then we had Carl’s Kugel, Carl being my twin brother. That had cottage cheese, sour cream, raisins, cinnamon and applesauce in it. We actually tried a version with noodles, but frozen noodles are not good.

J.: Did Jon Stewart ever get back to you?

NG: I’d love to get him to license his image, but I think it’s unlikely. A friend of mine who works with his wife told me that he said that it’s the nicest thing anyone has ever done for him, but he never actually got back to me. I gave him my cellphone number, but he’s never called.

J.: Where can people get Three Twins Ice Cream?

NG: We are nationwide … in corner markets, drugstores, traditional grocery stores, natural grocery stores and specialty grocery stores. We are also in different venues, like the Kabuki theater, and we’re at UCSF Medical Center. We have our scoop shop in San Rafael, and two ones opening soon in San Francisco.

J.: One would imagine the ice cream business is a happy business. Is it?

NG: It’s great to be in a business that people get so excited about, and not just kids, but everybody. So it’s really fun, and I get to meet some really cool people and work with some cool people. It would be completely different if we were trying to sell bedpans.

“Talking with …” is a J. feature that focuses on local Jews who are doing things we find interesting. 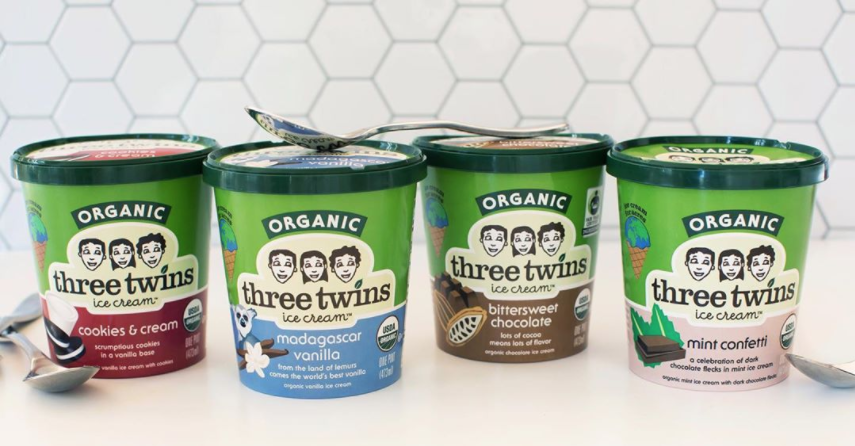