A scalloped wooden doorframe inscribed with passages from Psalms and ornamented with lotus blossoms. A 13-foot-tall Torah ark painted in maharajah red and gold. These architectural fragments are all that’s left of the 17th-century Tekkumbhagam Synagogue that once stood in the Indian state of Kerala.

Jewish resident of Kerala, India (circa 1937)

The objects symbolize a nearly vanished community of Jews that lived in southern India for centuries. They are two of 120 pieces on display in “Global India: Kerala, Israel, Berkeley,” a new exhibition at the Magnes Collection of Jewish Art and Life.

“This was one of the oldest communities in the diaspora,” said Francesco Spagnolo, curator of the Berkeley museum. “The presence of Jews on the Malabar Coast of southern India, which was the head of the spice routes, is documented since the year 1000.”

Objects displayed in the exhibition include synagogue lamps, mezuzahs, marriage contracts, articles of clothing and fascinating documents. Among the latter are astrological charts, photos, liturgical texts (in Hebrew and Malayalam, the language of Kerala) and amulets warding off the evil eye.

The exhibition, which was aided by visiting scholar Barbara Johnson, emerita associate professor and coordinator, Ithaca College department of anthropology, drew on only a fraction of the Magnes’ vast collection of Indian artifacts. The late co-founder of the original Magnes Museum, Seymour Fromer, began acquiring materials from India in the 1960s, and over time the collection swelled into one of the institution’s most significant.

“It’s part of the ethos of the Magnes to rescue the heritage of what were considered vanishing Jewish communities,” Spagnolo said. “We collected a wide-ranging group of materials that really helped us paint a picture of this community.”

That community can be traced back at least a millennium, though some evidence suggests that Jews have been in India since the time of King Solomon. Known also as the Cochini Jews (after the Kerala city of Cochin), the community was built in waves — initially of Sephardim from countries such as Portugal and Turkey, and later of Ashkenazi Jews from other parts of Europe and the British Empire.

Many were traders, some of them becoming prosperous. Local rulers welcomed the Jews, exhibiting none of the anti-Semitism plaguing Jews in Europe and the Muslim world. However, once the State of Israel was born, the vast majority of Indian Jews made aliyah. Today only a handful remains.

Archival silent film from 1937 on display offers a rare glimpse of Jewish life there. In many respects the Jews of Kerala looked like their Indian neighbors, with some elderly men — shirtless and with flowing white beards — resembling swamis. Mothers pump water from wells and wash clothes in the town fountain, while children chase hens in the dirt.

But a street procession, with men and women carrying Torah scrolls and clutching Hebrew prayerbooks, gives them away.

In Israel today, there are pockets where descendants of the community have stayed together, notably near Beersheva, where an Indian Jewish museum stands. But for the most part they have fully assimilated into Israeli life.

Spagnolo hopes visitors to the Magnes will come to see how the Jews of India fit into the intricate history of world Jewry.

“We’re talking about a global community,” he said, “globally connected with the Jewish diaspora in a supremely multicultural land that historically saw successful cooperation among Jews, Muslims, Hindus and Christians.” 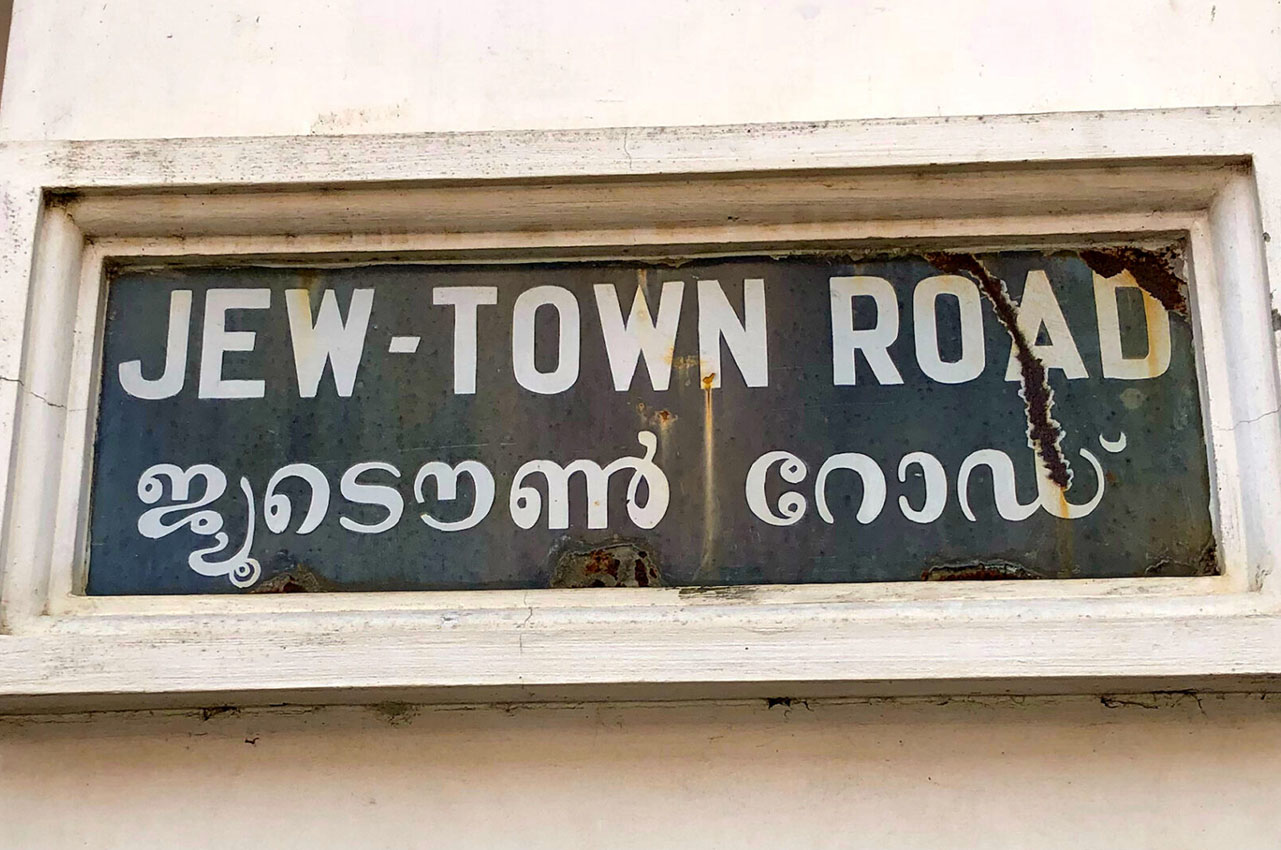