With two World Series rings on his fingers, San Francisco Giants President and CEO Larry Baer expects his players to be champions on the field.

He demands that they be champions off the field as well, especially when it comes to giving back to the community.

Like many professional sports franchises, the Giants organization has been generous in terms of charitable giving, whether through its in-house Giants Community Fund, or directly from players, who set up their own charities.

Baer insists on it.

“Most [professional sports] franchises see themselves as more than just another business,” says Baer, who views giving as an essential aspect of his Jewish heritage. “Certainly the Giants do. We wear the city’s name across our chests and we care about the community. We’re a social institution as much as a business, and it’s really important to connect with the community.”

Baer will join Daniel Lurie, CEO of the poverty-fighting nonprofit Tipping Point Community and chair of the Bay Area Super Bowl Bid Committee, on stage at the upcoming Day of Philanthropy on Tuesday, Oct. 29, sponsored by the S.F.-based Jewish Community Federation and Endowment Fund.

The title of the joint Baer-Lurie conversation is “Double Play: The Symbiotic Relationship Between Sports and Philanthropy.” The moderator will be Anne Cook, co-founder of Major Combat Sports, a Web-based network that shows sports such as kickboxing and mixed martial arts.

Both Baer and Lurie see sports and philanthropy as closely linked, in part because athletes and teams depend on community support, and in part because they know it’s the right thing to do.

“Our local teams like nothing more than bringing people together,” says Lurie, “and we all coalesce around it. The idea is that you use that to benefit the greater good.”

Baer, who has been with the Giants for more than 20 years, notes the organization supports an array of community projects, including violence prevention programs, education and scholarship funds, and youth health and wellness campaigns. One of the team’s marquee efforts, the Junior Giants program, serves 20,000 children, many of them at-risk youth, by sponsoring 85 youth baseball leagues across California and into Nevada and Oregon, according to the Giants’ website.

Moreover, says Baer, as soon as they enter the Giants organization, players are encouraged to participate in charitable work, and start charities of their own.

“We inculcate from minor leagues on up,” Baer says. “When players get to the majors they are aware of a culture that is really connected to giving back. We have a program in which every player in uniform, as well as coaches and managers, contribute both time and resources to charitable works. We’ve never had a player say no.”

Some of the team’s stars take their “yes” seriously.

In 2005, when he was still with the Oakland A’s, starting pitcher Barry Zito formed Strikeouts for Troops, a charity that benefits wounded military service men and women. He also has funded a dining hall at Saint Anthony’s Church in San Francisco.

Giants relief pitcher Jeremy Affeldt has served as a major donor and ambassador-at-large for Not for Sale, a nonprofit that combats human trafficking. Afeldt wrote about the significance of this part of his life in his book, “To Stir a Movement: Life, Justice and Major League Baseball,” published earlier this year.

Lurie, 36, says sports heroes have the obligation — and the money — to give something back to the communities that have rewarded them.

“The power of sports has tremendous potential to improve the lives of those that live in poverty,” he says, “and provide opportunities for those that deserve an equal shot.”

Many of the biggest names in sports have devoted resources to charity. According to the charity monitoring website Take Part, NBA superstar LeBron James has donated $2 million to the Boys and Girls Clubs of America, while New York Giants quarterback Eli Manning raised $2.5 million for a pediatric clinic at the University of Mississippi Medical Center.

According to the website NBA Cares, the league’s official charity has raised more than $225 million since 2005 for education and youth development initiatives, while NFL Charities, according to the NFL website, gives out grants worth more than $10 million annually to health and youth-related programs.

In securing the 50th Super Bowl, set for February 2016 at Levi’s Stadium — the 49ers’ still-under-construction 69,000-seat new home in Santa Clara — Lurie also set about making sure that the NFL would host the most charity-minded Super Bowl ever.

Thus far, Lurie’s committee has raised more than $30 million from corporate partners. And while most of that money will be used to stage Super Bowl events (such as a huge exposition called NFL Experience) and corporate tailgate parties, typically the host city commits at least $1 million to charity, with the NFL matching that sum.

This time, however, Lurie is expecting to up the ante. He says 25 percent of monies raised by the committee, about $7.5 million at this point, will be targeted for Bay Area anti-poverty and environmental charities.

“That has never been done before,” he says. “We wanted to use the world’s single greatest sporting event to shine a light on all the great work that needs to be done in this region.”

Tipping Point Community, which Lurie founded in 2005, has raised more than $60 million since 2005,

doling out grants to support housing, education and employment of underprivileged and underserved Bay Area communities.

Lurie is the son of San Francisco Rabbi Brian Lurie, a former federation director and now president of the New Israel Fund. He says his work has been immeasurably influenced by his Jewish heritage.

“We’re not a religious organization, but the values of my religion are the values of Tipping Point Community,” he says. “Everything we do here is about improving the lives of those living in poverty. I was taught by my parents that saving one life is like saving the world. We’re trying to do that every day here. We’re expanding the values of the Jewish tradition of giving back.”

Baer, 56, a native San Franciscan and Harvard Business School graduate, says, “a mantra of being a valuable member of the Jewish community is to work for positive change.

“That’s part of who we are as Jews, to be community activists. From our past we learned that inaction and not standing up can lead to very bad things. It’s been part of the template of the Jewish experience for centuries.”

Baer makes charitable giving a major part of his life. He has been honored for his work with the Anti-Defamation League and Friends of the Hebrew University. In addition, for years he and his wife, Pam, have spearheaded fundraising efforts for San Francisco General Hospital. Pam Baer co-founded and chairs the annual “Hearts in S.F.” gala on behalf of the hospital’s foundation.

And though his Giants did not make the playoffs this year — after winning two of the previous three World Series — Baer has one charitable wish for baseball fans when it comes to the current Fall Classic matchup between the Boston Red Sox and the St. Louis Cardinals. 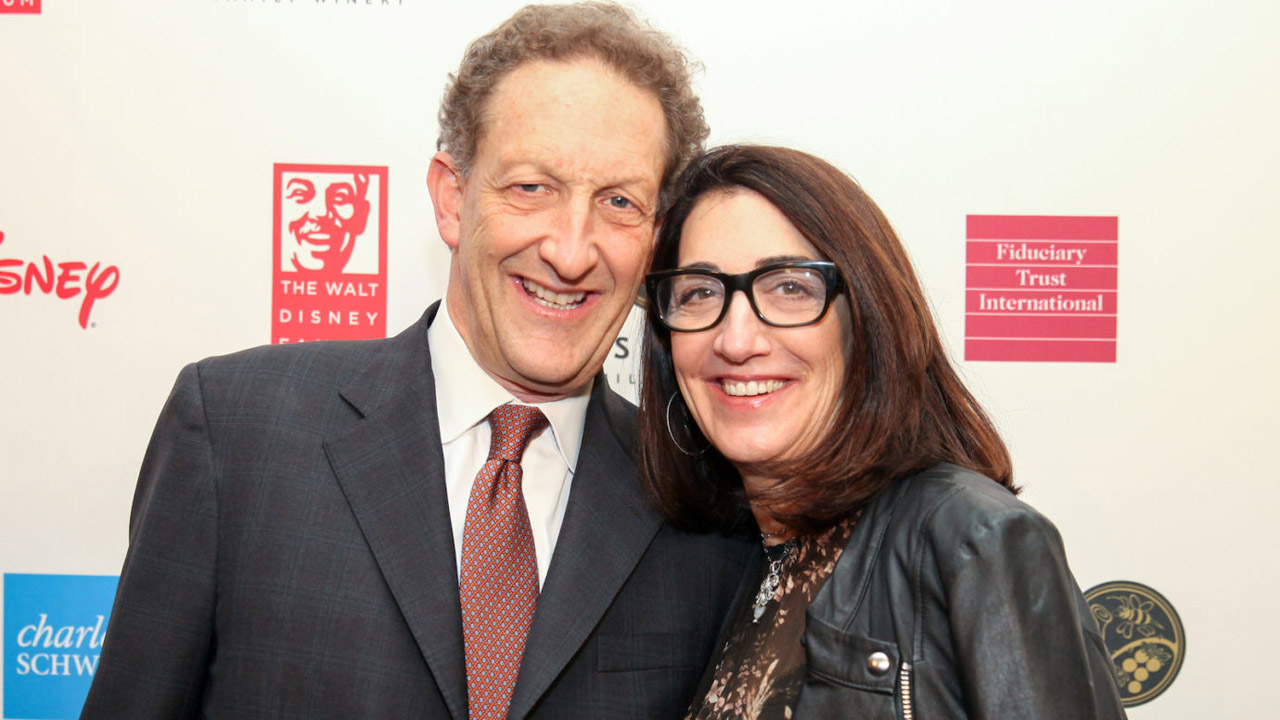