Jewish teen who dared to retaliate given his due

On Nov. 7, 1938, a frail, dark-eyed Jewish teenager entered the German Embassy in Paris and fatally shot a 29-year-old aristocratic Nazi diplomat. By the morning of Nov. 10, at least 1,300 German and Austrian synagogues had been burned to the ground and approximately 7,500 Jewish-owned businesses vandalized. Accounts list more than 90 Jews killed, with thousands more assaulted and humiliated amid the shards of broken glass.

Herschel Grynszpan’s act, meant to avenge the 17-year-old’s family after expulsion from Germany to their native Poland, was the pretext Nazi leaders used to precipitate Kristallnacht, the “Night of Broken Glass.”

Jonathan Kirsch, attorney, book editor for the Jewish Journal of Greater Los Angeles and L.A. Times book reviewer, first heard the story of Grynszpan from his late father, who had hoped to use it as the subject of a novel. Kirsch’s work, which includes books on Moses, King David, and most recently a history of terrorism, has moved steadily forward from the days of biblical Judaism to the Holocaust, to which he has devoted intense study.

In choosing Grynszpan as the subject of his latest book — “The Short, Strange Life of Herschel Grynszpan: A Boy Avenger, a Nazi Diplomat, and a Murder in Paris” — Kirsch hopes to put a neglected “heroic figure” in Jewish history into his rightful place.

“People have diminished him or ignored him entirely,” said Kirsch, who will discuss Kristallnacht and Grynszpan’s role in a talk at 7:30 p.m. Tuesday, Nov. 5 at Congregation B’nai Tikvah in Walnut Creek.

“Why? He was a premature anti-fascist. He carried out an assassination in 1938 when the world was not yet at war. The Jewish community was hoping and praying to appease or wait out Hitler, and thought of his act of open armed resistance as catastrophe. Kristallnacht confirmed that things seemed to get much, much worse.”

As author of the first popular book-length treatment in English of Grynszpan’s life, Kirsch consulted extensive archives and spoke with scholars such as Saul Friedländer, Yehuda Bauer and Deborah Lipstadt.

He details Grynszpan’s early life, growing up in Hanover as one of three surviving children of struggling immigrants Zindel and Rivka Grynszpan. The family preferred to call each other by the German versions of their names, and Herschel was always known as “Hermann.” An intelligent but mediocre student, not particularly religious and in delicate health, he dropped out of school at 14. In 1936, his parents, hoping to save their youngest child from the Nazi threat, sent him to France to live with relatives. He was barely 15.

Kirsch uses contemporary accounts to paint a vivid picture of life for undocumented Jewish refugees like Grynszpan as Nazi power encroached. On Nov. 3, 1938, a postcard from his sister arrived, describing the fate of his family after their deportation. Four days later, the teen bought a lightweight 6.35-millimeter revolver, talked his way into the Germany Embassy and shot Ernst vom Rath.

His French attorney urged him to avoid enraging the Nazis with a political defense, instead proposing that Grynszpan claim to have shot vom Rath after a homosexual encounter, but his client refused. Anti-gay sentiment is another reason, Kirsch said, why Grynszpan has received scant respect.

While not all scholars agree with Kirsch’s conclusions, he provides ample detail to support his interpretations of the preparations for Grynszpan’s French and German trials. Although Grynszpan had hoped to present himself to the French court as a heroic avenger of the Jewish people, after Vichy turned him over to the Nazis, he had other plans.

Once in German hands and with an impending show trial, Grynszpan displayed “his greatest act of courage,” said Kirsch. “He was powerless, no lawyer, no family, no defense committee, alone in a cell with a Nazi interrogator.”

But the formerly “naive” young man, realizing that a political defense would provide the Germans with yet another pretext for claiming a Jewish conspiracy, “seized upon the only weapon that was available to him,” Kirsch said. Grynszpan revived the defense he had rejected in France, terrifying the Nazis, who had no wish to attach the stigma of homosexuality to the martyr vom Rath. This “succeeded at least in preventing Hitler from using him as a propaganda weapon against the Jews,” Kirsch said.

His trial postponed indefinitely, Grynszpan disappeared from the historical record after December 1942. His fate remains unknown.

Political theorist Hannah Arendt dismissed Grynszpan as a “psychopath” and even suggested he was a tool of the Gestapo. Kirsch, who reviewed extensive documentation of the young man’s emotional state kept by his jailers, rejects all such interpretations.

“I could identify with Herschel,” he said. “I remember what I was like at 17, very stirred by politics and engaged with the fate of the world. I could understand how this would fire his imagination.”

“The Short, Strange Life of Herschel Grynszpan: A Boy Avenger, a Nazi Diplomat, and a Murder in Paris” by Jonathan Kirsch (352 pages, Liveright, $27.95) 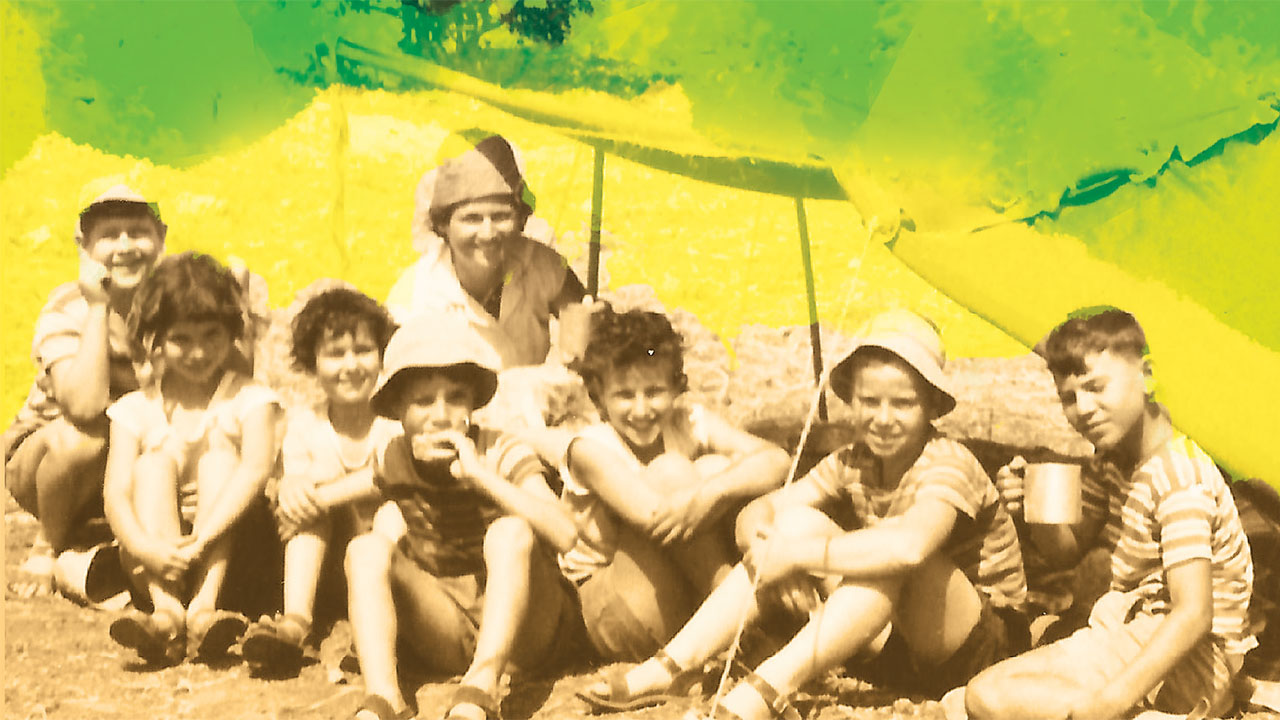