Chances are that on any given day, there is a Shalom Hartman Institute Jewish educational program going on somewhere in the Bay Area.

It could be a small gathering of community leaders meeting at a private home to study Jewish text, or a study session for local rabbis.  Or it could be a Jewish organization’s leaders sitting in the boardroom, exploring major Jewish questions with a Hartman scholar.

Yehuda Kurtzer, president of the Shalom Hartman Institute of North America, leads a roundtable discussion for Jewish professionals at the Contemporary Jewish Museum in 2013.

Founded in 1976 by American-born Rabbi David Hartman (who died last year), the Shalom Hartman Institute is a pluralistic research, leadership and educational center based in Jerusalem.

Five years ago, the institute established a North American headquarters in New York. In September 2011, it opened an S.F.-based office, headed by Bernie Steinberg, the first vice president  for the West Coast for the Shalom Hartman Institute of North America, now working as a Hartman scholar.

In the past several years, the Bay Area has become a major center for the institute.

The aim: To inspire transformative thinking about big Jewish ideas and major questions facing Jews today. The institute works directly with area community leaders, both spiritual and institutional, as the agents of change.

The Bay Area office, which oversees operations in Southern California as well, has launched a wide range of local partnerships, with financial support from the Koret Foundation.

In addition, Bay Area rabbis have participated in summer study or long-term fellowship programs at the institute’s main center in Jerusalem, which helped to pave the way for Hartman’s arrival in the Bay Area.

Yehuda Kurtzer, president of the Shalom Hartman Institute of North America, attributes its success here to the Bay Area’s  “radical openness. Nothing is taken for granted in the Bay Area,” he said. “There’s a fluidity and openness to collaboration that is well suited to the delivery of a new type of Jewish thinking.”

Partnering with local Jewish organizations and institutions is key to the institute’s delivery of educational content. “Our methodology is always to work in partnership. We want to support good existing resources in a community,” said Kurtzer. Rather than coming into a community and setting up its own infrastructure, Hartman seeks input from area rabbis and educators to develop workshops and seminars.

Participants from more than 20 institutions in the Northern California Engaging Israel Initiative (iEngage) at a roundtable last year at the Contemporary Jewish Museum.

In the Bay Area, Hartman is partnering with the Israel Cultural Connection of the Oshman Family JCC in Palo Alto, the JCC of San Francisco, the Jewish Federation of the Greater East Bay, and the S.F.-based Jewish Family and Children’s Services.

JFCS leaders have been meeting once a month with Hartman scholars to “connect the dots between Jewish theory and our professional Jewish practice,” Friedman said.

The group has explored key Jewish themes and texts related to how people treat themselves and others. “We’ve considered how Judaism inspires us in how we raise children, treat the poor and take care of the elderly,” she added.

“Hartman has been working with us on what is important to us to do our work better. Having deeply literate lay leadership when it comes to Jewish sources and values is critical right now.”

Very few of Hartman’s programs are one-time lectures — they are far more expansive — and nearly all target community leaders. For instance, Hartman convenes a Jewish professionals roundtable twice a year that meets at the Contemporary Jewish Museum, and a beit midrash study series with the Board of Rabbis of Northern California.

While Hartman scholars teach most of the programs, rabbis or senior staff from 25 area synagogues and institutions teach the institute’s Northern California Engaging Israel Initiative (iEngage).

“Talking about Israel can be intimidating for some people. This curriculum allows you to speak about it in a more diffuse way, because it is based on texts rather than news clips,” said Rabbi Jonathan Jaffe. He and his rabbinical colleagues at Congregation Emanu-El in San Francisco teach the iEngage curriculum, which is offered on Thursday nights at the synagogue and on Tuesdays during lunch time at the Contemporary Jewish Museum.

Twice a year, all participants in the 24-session course convene at the CJM for a class presented by a Hartman scholar.

The iEngage curriculum, developed by the institute in Israel in 2011, “creates a safe space to discuss Israel,” said Jamie Hyams, Hartman’s associate director for the West Coast.

Jaffe agrees. He sees iEngage as a perfect example of the kind of opportunity for inter-institutional collaboration — Hartman, Koret, Emanu-El and the CJM — that attracted Hartman to the Bay Area in the first place. 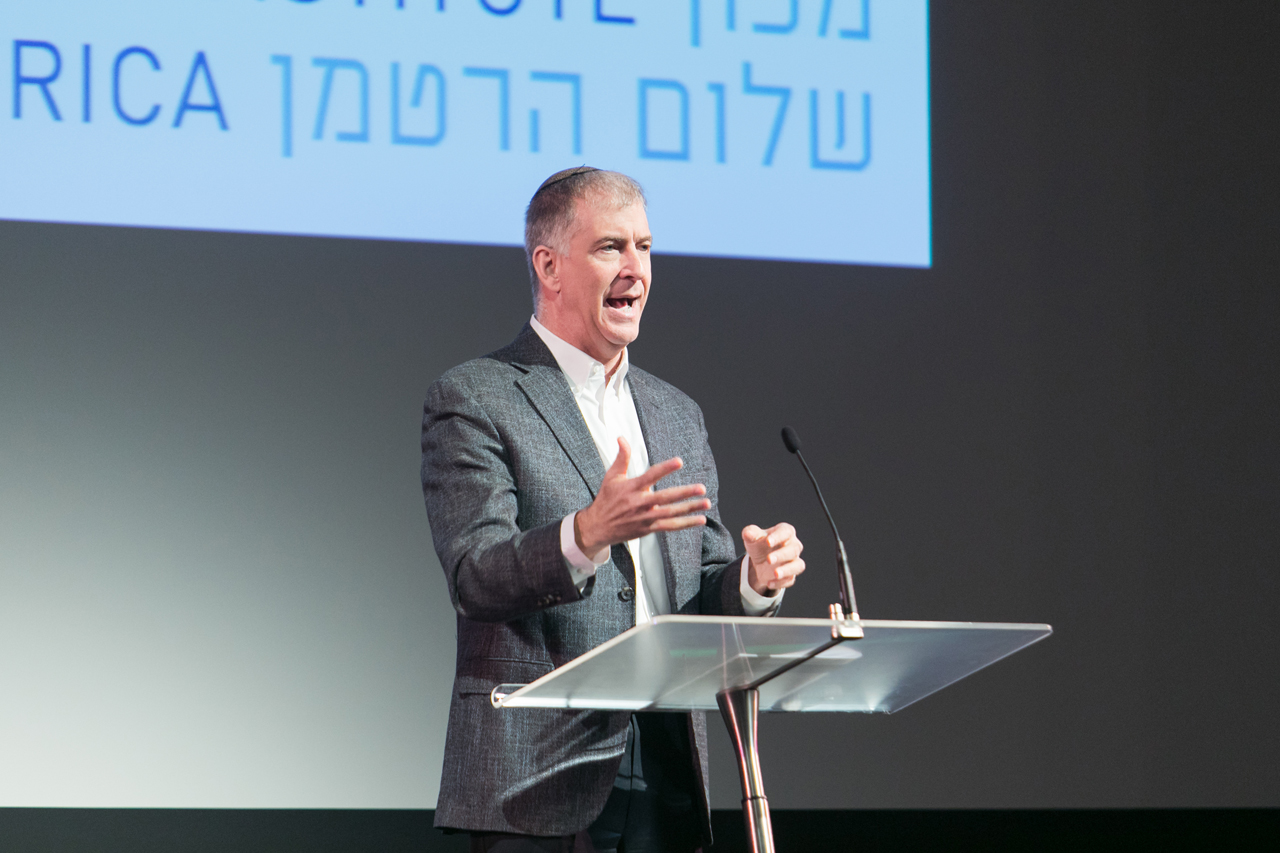 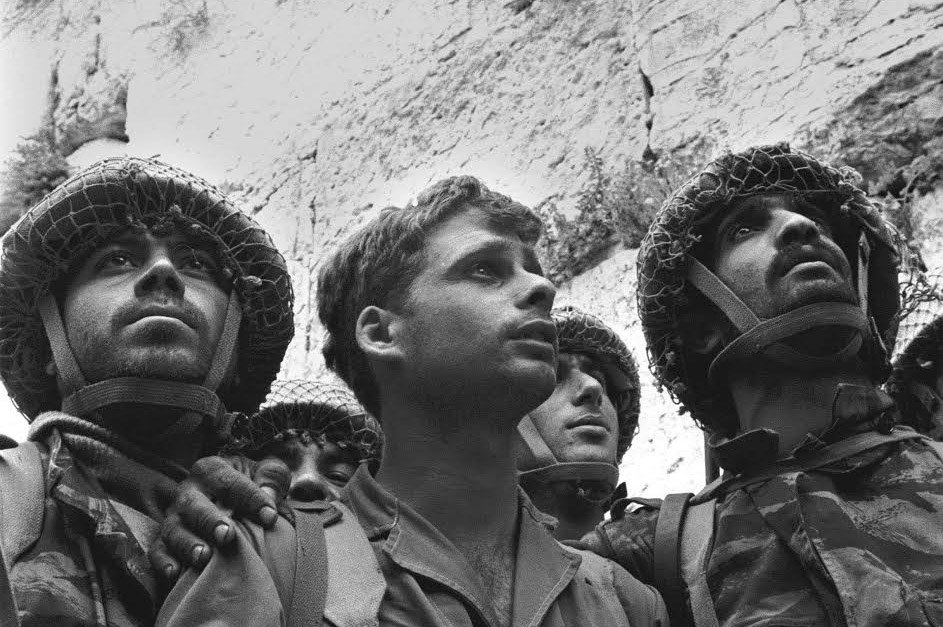 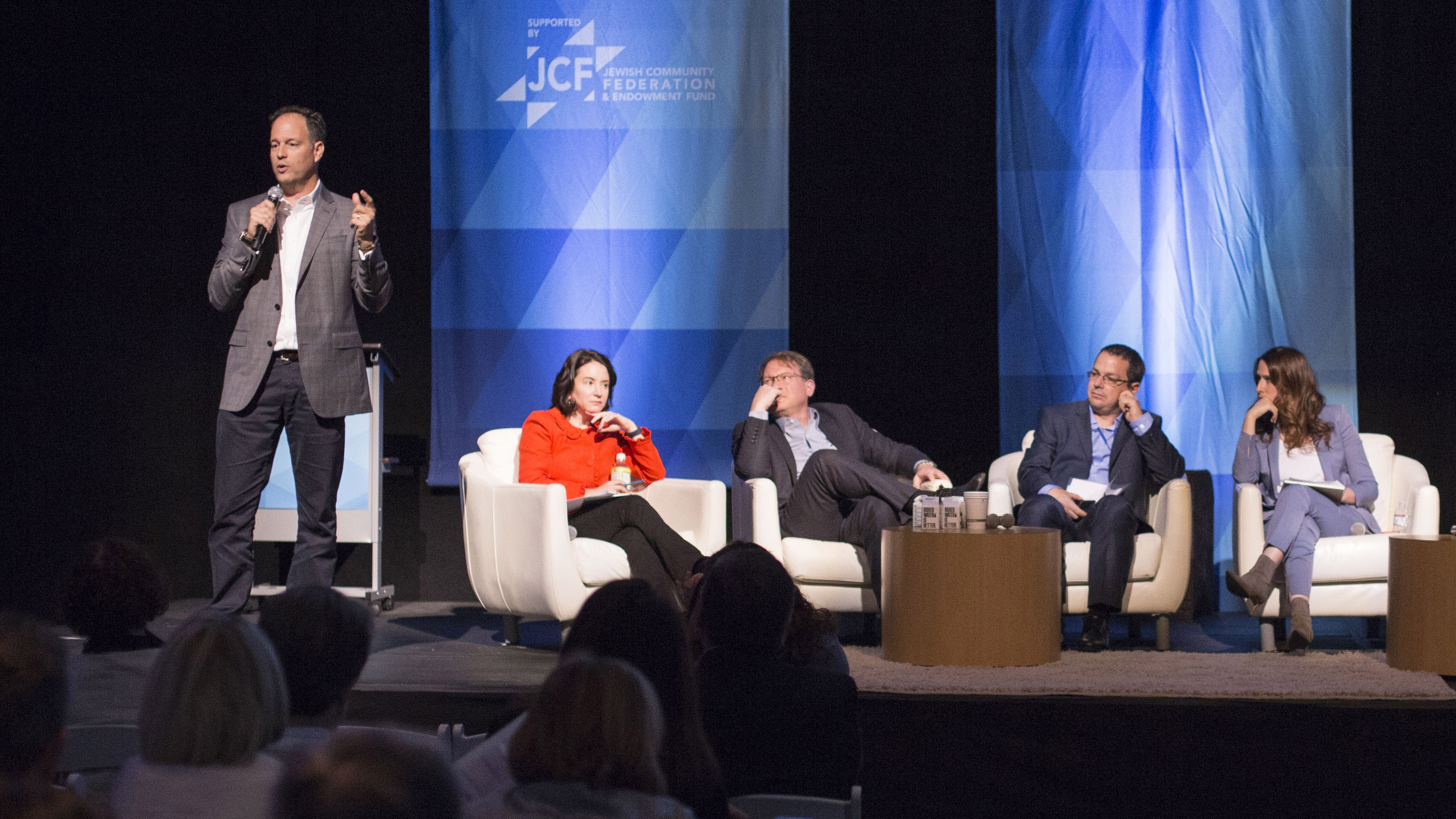