Many Jews take trips to Eastern Europe to see what’s left of the shtetl or town their ancestors came from. In that vein, Ariel Luckey is no different. But the Oakland-based poet and playwright took a different approach when it came to processing the experience: He used the journey and the story of his great-great-grandfather’s immigration to America to create a theater piece about the injustices faced today by undocumented Latinos.

“Amnesia” will have its premiere at La Peña Cultural Center in Berkeley for a four-day run starting Thursday, May 15. Luckey then hopes to bring the play and the dialogue it fosters to other communities around the Bay Area and the country.

Luckey, 34, is a performer and activist and uses theater not only to create alliances but to raise difficult questions.

Luckey lives with his wife and two sons in Oakland, where he was raised, and attends Kehilla Community Synagogue, where his family belonged when he was growing up. (His sister SAM Luckey, the Kehilla co-chair and acrobat, was profiled in 2012, www.tinyurl.com/sam-luckey.)

The idea for “Amnesia” started brewing in 2010 when SB 1070 passed in Arizona, allowing law enforcement officers to stop anyone who looked suspicious and ask for their immigration documents.

“It was the most egregious, racist law enforcement at the time,” Luckey said, “in that it turned every local cop into border patrol and legalized racial profiling.”

As Arizona’s profile rose in the national debate over immigration reform, Luckey, who had already done a theater piece about his mother’s family owning land that once belonged to Native Americans, was struck by the realization that his ancestors also were once immigrants in Arizona.

It was a journey that began more than a century earlier, in 1889, when his great-great-grandfather fled his native Russia. Through online research and interviewing elderly relatives, Luckey learned that Himann Kivelevich was from a small village called Lubca (now part of Belarus). A distant cousin on the East Coast had done much of the genealogical research on his family already.

“This was huge,” said Luckey. “Now we had the name and location of this village.” Last year, Luckey and his brother Ryan went on a pilgrimage to Lubca, only to find — as is the case with many such places — no Jews remaining in a town whose population before the war was 90 percent Jewish.

While Luckey had never felt a personal connection to the Holocaust, he was now forced to confront it. He learned that 38 people from Lubca with the name Kivelevich — 24 of them children — were killed. He found the site of the Jewish cemetery desecrated, with people using power tools on a truck parked in the middle of it, as if in an empty lot. (His campaign to restore the Jewish cemetery can be seen at www.tinyurl.com/restore-lubca.)

Luckey said Kaddish for those killed, and wonders in his play what it would be like if his ancestors were all alive, asking, “What is a place without its people, what is a home full of empty chairs?”

Luckey says what happened in the Russian Empire, with the police regularly carrying out raids on Jewish villages, demanding to see people’s papers despite a Jewish presence there since the early 1700s, led his great-great-grandfather to flee, first to Kiev, then in 1889 to New York and Los Angeles. He ended up retiring in Arizona.

“His life draws a straight line between these two places [Lubca and Arizona], where this crazy thing is happening 130 years later on the other side of the world,” said Luckey. “This time our family is on other side of the line. We have citizenship and white skin privilege and economic stability, and it’s not happening to us. But it’s the same thing that did happen to us, so the big ethical question that ‘Amnesia’ raises is, what are we going to do about it?”

Luckey, whose performance method is rooted in the hip-hop and spoken-word culture in which he came of age, is thrilled to have a cast of talented musicians backing him this time. Violinist Lila Sklar composed the music and his mentor was Corey Fischer of A Traveling Jewish Theatre fame.

Given its focus on immigrants’ rights, the May 17 performance will be followed by a discussion with Rabbi David Cooper of Kehilla Community Synagogue, Patricia Contreras Flores from East Bay Alliance for a Sustainable Economy and Sophia Lanza-Weil from the Jewish social justice organization Bend the Arc. 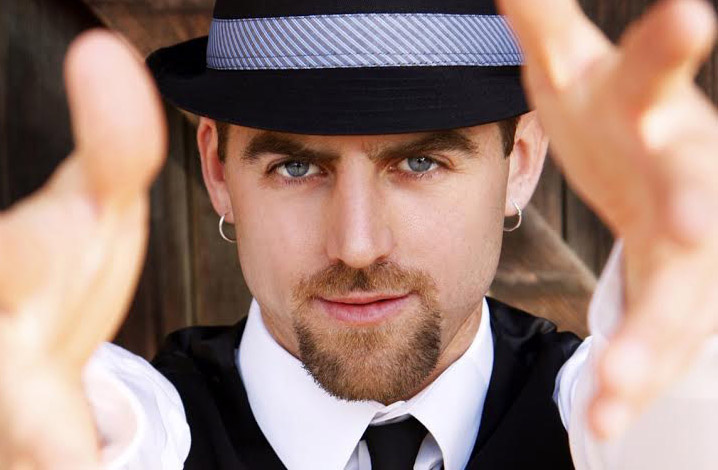 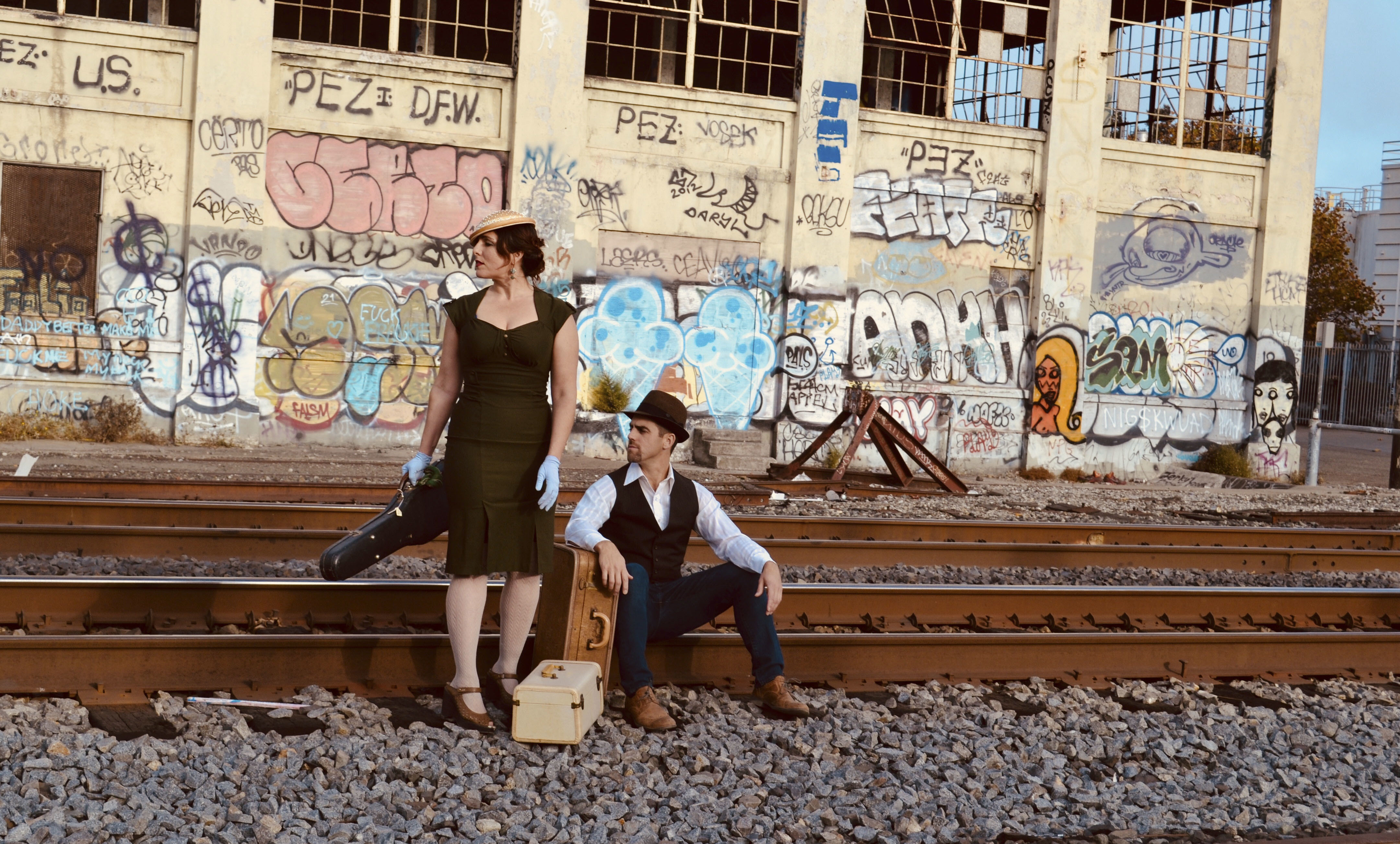 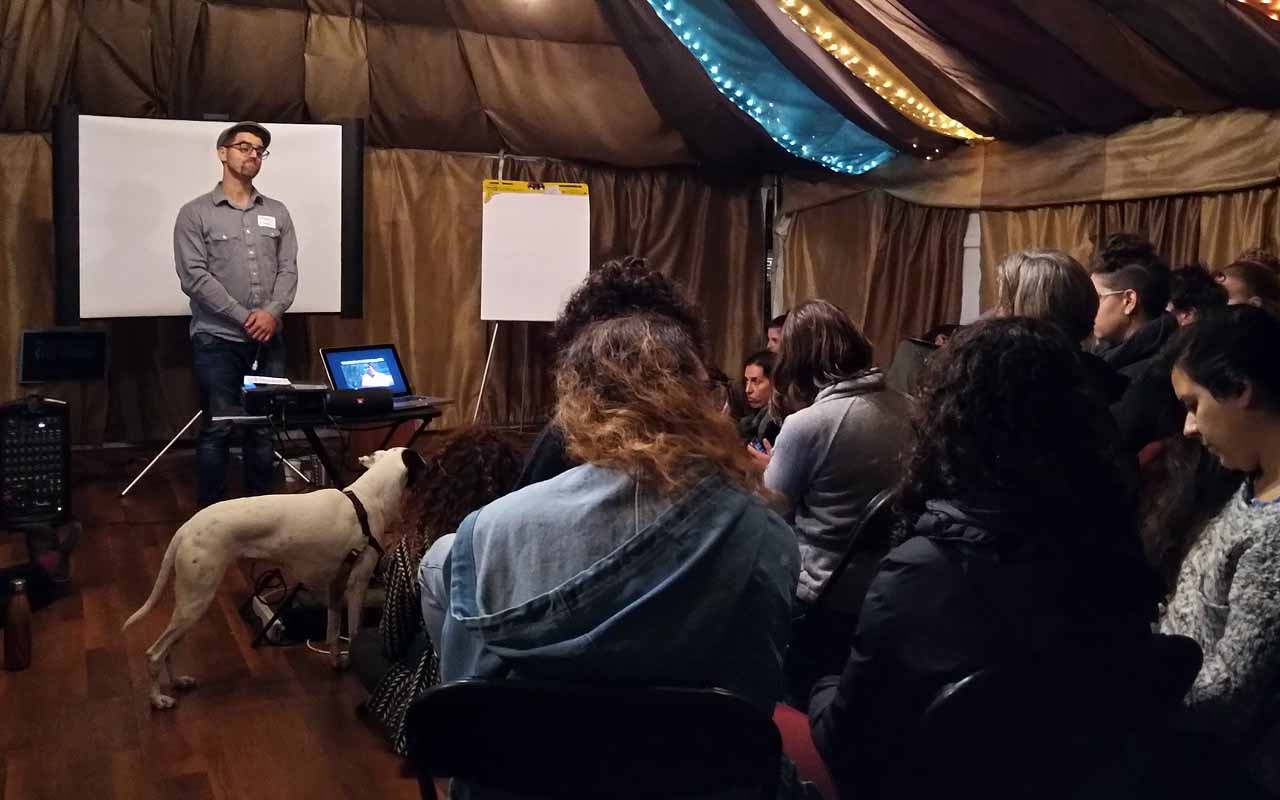