San Francisco will launch a cultural exchange with Israeli artists, Mayor Ed Lee announced on Dec. 3 at a private event with representatives of local Jewish organizations.

Lee also said he will travel to Haifa, San Francisco’s sister city, probably in late 2015 or 2016. Lee’s wife, Anita, traveled to Haifa with a delegation from San Francisco in June 2013.

“I am excited to announce that I plan to take a sister-city visit to Haifa very soon,” Lee said. “But we’re not going to wait until 2016 to deepen our ties with Israel. I am also excited to announce that, after conversations with Consul General Andy David, I have directed my arts commission to move forward with a cultural exchange right away.”

Lee spoke to an audience of about 80 representatives from Jewish political and service organizations at a civic engagement event, according to Joe Goldman, a JCRC program associate. The event was hosted by the S.F.-based Jewish Community Relations Council and held at the Jewish Community High School of the Bay in San Francisco.

“We are going to build around the theme of arts and innovation, seeking out the most cutting-edge and interesting artists in Israel and developing a strong exchange program with San Francisco-based artists,” Lee said. “I am excited to see what these creative minds come up with.”

The San Francisco Arts Commission and the S.F.-based Consulate General of Israel to the Pacific Northwest will spearhead the cultural exchange, and the JCRC, the S.F.-based Jewish Community Federation, the San Francisco-Haifa Sister City Committee and Israeli officials will collaborate on the initiative, according to Arthur Wachtel, chairman of the sister city committee.

Haifa and San Francisco have been sister cities for 41 years.

Wachtel was one of the members of a local delegation that attended a symposium on emergency management in Haifa in June 2013. Lee’s wife, Anita, was also on that trip, as was engineer Fuad Sweiss, San Francisco’s deputy director for infrastructure design and construction. 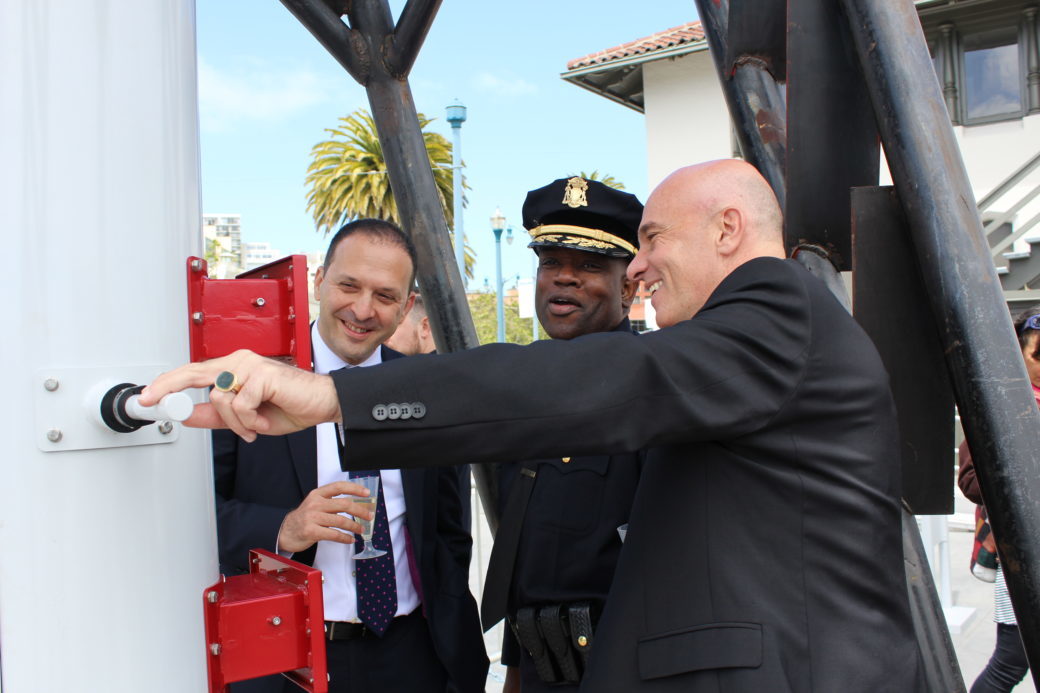