In need of a new spiritual leader, Chochmat HaLev went with a two-for-one package deal. Starting this week, Jhos Singer and Julie Batz are the new co-leaders of the Renewal congregation in Berkeley.

Singer and Batz are a team, on and off the bimah.

The two, who live in Berkeley, were to be officially welcomed Dec. 5 at Kabbalat Shabbat services. It should be a musical evening at a synagogue already widely admired for its rocking house band and original liturgical compositions. Both Singer and Batz are esteemed musicians, as well.

“Chochmat HaLev is most known for its energetic, musical and incredibly engaging services,” Batz said. “We’re hoping to both join in and maybe add something new.”

Singer and Batz replace Rabbi SaraLeya Schley, a physician who stepped down to concentrate on her medical practice. The roles are part-time, which allows Batz to maintain her b’nai mitzvah training practice and Singer to remain maggid at the Jewish Community Center of San Francisco.

Though neither is a rabbi, both Singer and Batz will take on responsibilities at Chochmat HaLev normally assumed by rabbis, including making sure the institution remains fiscally healthy. Both know Chochmat HaLev will keep them busy, especially as they adapt to its longstanding culture.

The 200-household congregation “has a wonderful collective leadership model,” Batz said. “There are many different educators, meditation leaders, rabbis who are members and lead a whole range of service offerings. We have an appreciation for all that goes on there.”

Before pursuing cantorial studies, Batz was known in Bay Area Jewish circles as a co-founder of Jewish Milestones, which offered educational and ritual resources for unaffiliated Jews. Singer, too, has been a community leader, both for his role as a maggid and as one who has challenged conventional wisdom on gender identity.

Writing in 2010, Singer described himself as one who “lived outside the norms of femininity. I have been a tomboy, a firefighter, a butch dyke rock drummer, a deckhand, a neo-Hassidic androgyne, a Jewish lesbian spiritual leader, and finally, a married-with-children transman rabbi-maggid serving a small congregation.”

Though he has studied rabbinics and earned a master’s in Jewish studies from Berkeley’s Graduate Theological Union — his thesis was on the cultural importance of Manischewitz wine in Jewish life — Singer is not a rabbi and has no plans to become one.

“I’m a big fan of the title ‘maggid,’ ” he said. “[Traditionally] maggids were tellers, preachers, spiritualists, counselors, the ones who took the tradition that would touch people in a more spiritual or emotive way. That really fits me.”

On Nov. 15, Singer and Batz received a touching sendoff from members and friends affiliated with the Coastside Jewish Community. “Love and appreciation flowed to and from Jhos and Julie,” wrote one of the reception’s 80 attendees. Tributes included a song from Linda B. Goldstein (“We Wish You Love”) and Amy Lansky presenting a variety of Manischewitz wines.

In addition, members of the Coastside community are commissioning artist Nancy Margulies to paint a mural on Singer and Batz’s newly purchased house that they are renovating in Berkeley.

But for now, the duo will turn their attention toward seeing how their respective skills will fit in with the Chochmat HaLev community.

“Both of us feel that our whole professional lives have led us to this moment,” Batz said. “It feels really beshert [destined] — what they need and what we can offer.” 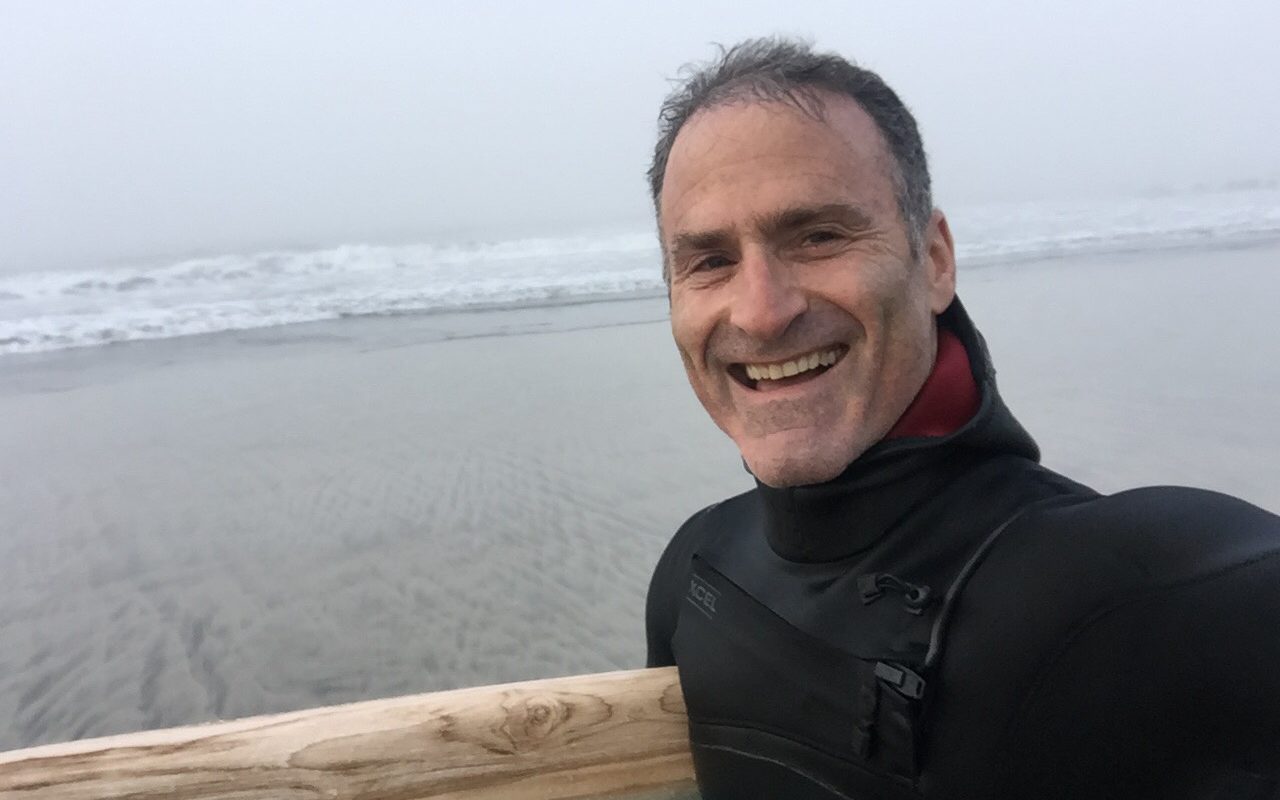 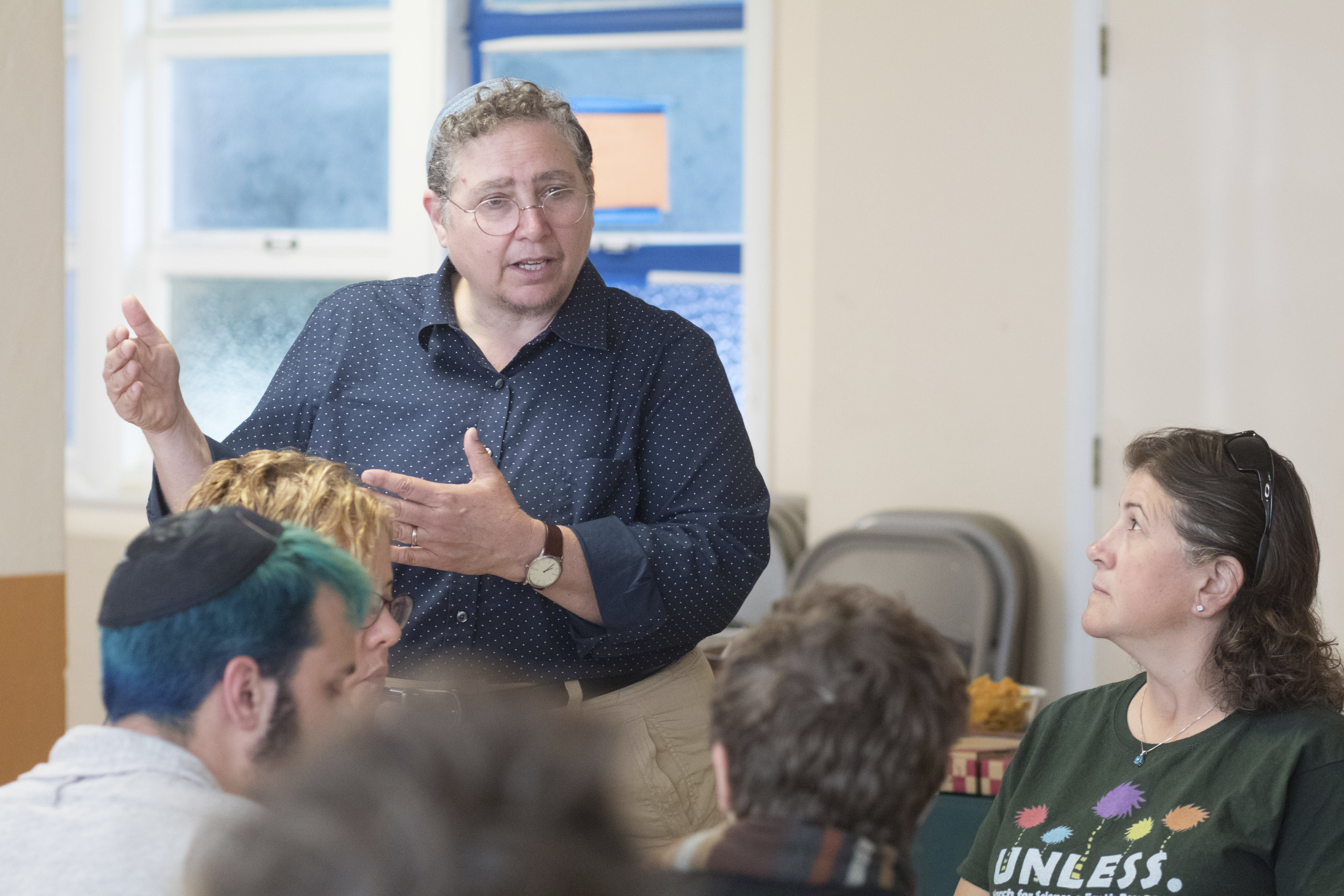