After Paris terror attacks, what does the future hold for French Jewry

French Jews are feeling embattled. Arsonists have targeted their synagogues, terrorists have attacked their schools and shops, and with only a few exceptions, French society has not united behind them to stop the assaults and harassment.

The solution, according to Israel’s prime minister, is simple: Move to Israel.

“To all the Jews of France, all the Jews of Europe, I would like to say that Israel is not just the place in whose direction you pray; the State of Israel is your home,” Benjamin Netanyahu said Jan. 10 in Jerusalem, the day after the attack on the Paris kosher supermarket that killed four Jewish men.

A policeman stands guard at kosher supermarket in Paris where four were murdered on Jan. 9. photo/jta-flash90-serge attal

“This week, a special team of ministers will convene to advance steps to increase immigration from France and other countries in Europe that are suffering from terrible anti-Semitism. All Jews who want to immigrate to Israel will be welcomed here warmly and with open arms,” he said.

But for French Jews reeling from last week’s unprecedented spree of terror attacks that claimed 17 lives, including 12 at the satirical newspaper Charlie Hebdo, the answer isn’t so simple.

“The Israeli government must stop this Pavlovian response every time there is an attack against Jews in Europe,” Rabbi Menachem Margolin, the director of the European Jewish Association, told the Israeli news website NRG.

“I regret that after every anti-Semitic attack in Europe, the Israeli government dispenses the same statements about the importance of aliyah rather than take all measures … at its disposal in order to increase the safety of Jewish life in Europe. Every such Israeli campaign severely weakens and damages the Jewish communities that have the right to live securely wherever they are,” the rabbi said.

Rabbi Moshe Sebbag of the Grand Synagogue of Paris told Israel’s Army Radio that the attacks will result in a doubling of the number of immigrants to Israel in 2015.

“There is a tremendous feeling of insecurity and that these events will only worsen,” he said on Jan. 11.

Salomon Malka, editor of L’Arche, a Jewish magazine in Paris, said French Jews “were very moved” by the enormous solidarity march Jan. 10 in Paris and a vigil of about a thousand people outside the kosher supermarket, Hyper Cacher. “We saw the France that we love, the France that stands up and says, I am Charlie, I am Jewish, I am not afraid,” he told J. in a phone interview this week. But he says French Jews wonder how long the sense of unity will last.

“Are we as a society going to recognize the problems, are we going to denounce Islamic terrorism by name instead of calling it ‘radicalism’ or ‘extremism,’ as the political leadership now does? Will we take the necessary steps to prevent French jihadists from training in Syria and Iraq and then returning to France?”

While many French Jews expressed appreciation for the government’s resolute stance against anti-Semitism, and the deployment of soldiers and police to protect Jewish schools and other “sensitve sites” in the wake of the attacks, they felt the response to be insufficient at a time when anti-Semitic violence is already driving record numbers of Jews out of the country.

“The government’s response is impeccable, but that is not the issue,” Serge Bitton, who lives in the heavily Jewish suburb of St. Mande, said at the supermarket vigil. “The issue for the future of our lives here as Jews is how France reacts, not its government. And right now, France is reacting to Charlie, not to Chaim.”

Joyce Halimi, 26, attended the vigil with her husband, Julien. “The government talks, but it’s only words,” she said. “We do not have a future here.”

One French Jew ready to move to Israel is the manager of the Hyper Cacher supermarket, his brother told a German newspaper.

Patrice Oalid, 39, who was shot in the arm and is recovering in the hospital, told his older brother, Joel, that after barely surviving the Jan. 9 attack and seeing his customers and employees killed, he can no longer stay in Paris, according to the Bild newspaper.

Joel Oalid reported that his brother had tried to alert the police after Coulibaly entered the store and killed one employee. “My brother ran outside and told the police to come in, and the police said, ‘No, no, no, we don’t go in, we don’t have the order to come inside.’ ”

Chlomik Zenouda, vice president of one of France’s most prominent watchdogs on anti-Semitism, the National Bureau for Vigilance Against Anti-Semitism, or BNVCA, spoke of a sense of fatigue.

“I have participated in many demonstrations, many marches, many vigils. The truth is I am getting tired,” Zenouda said. “If it were not for my obligations at the BNVCA, I would leave for Israel.”

Part of the problem, said Zenouda, himself a retired police major, was that “police are under orders not to respond, so you see cat-and-mouse games that encourage offenders to test the limits and cross them.”

Zenouda was referring to violent rallies against Israel last summer held in defiance of a ban by authorities.

“You can guard a synagogue, fine,” Zenouda said. “But you can’t put cops outside each kosher shop. You can’t assign police protection to each family before it goes shopping.”

Cnaan Liphshiz of JTA and J. staff contributed to this report. 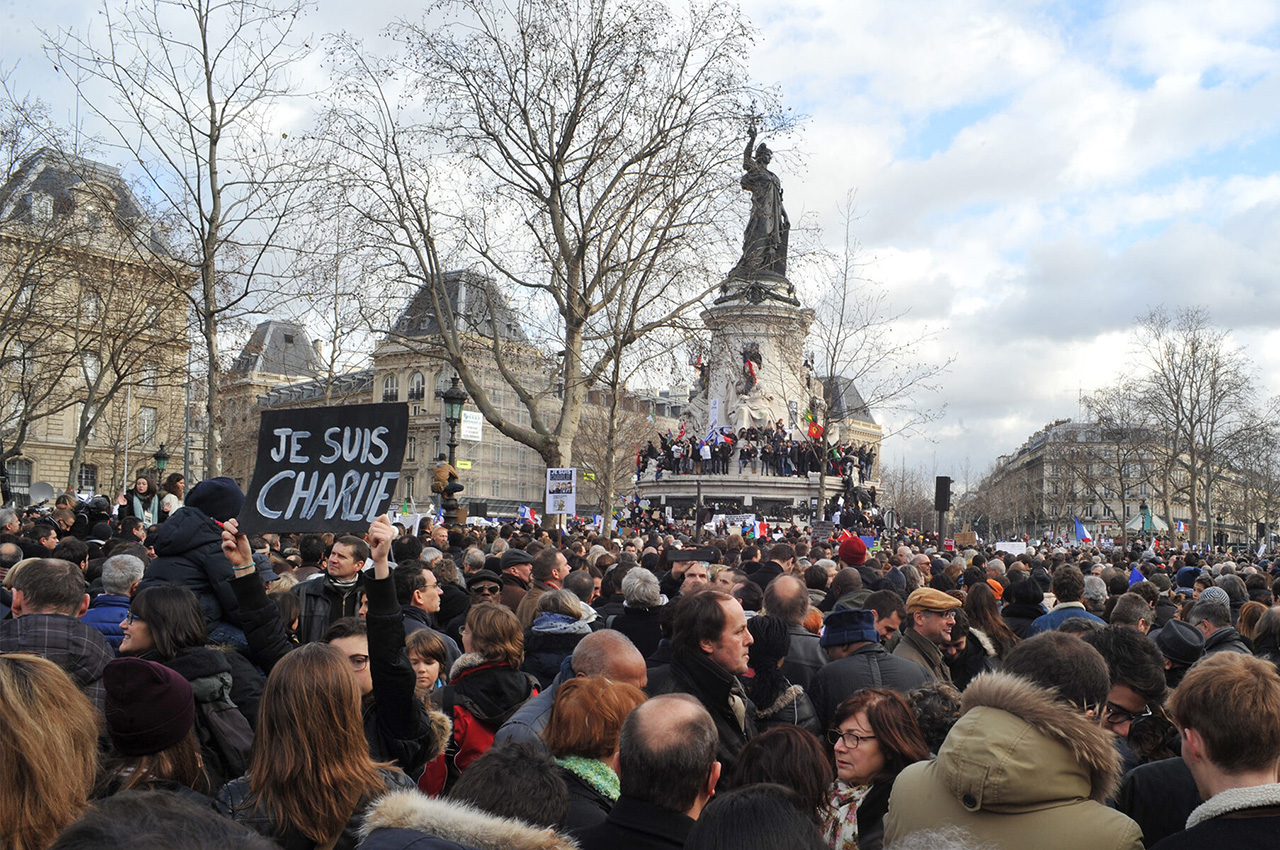 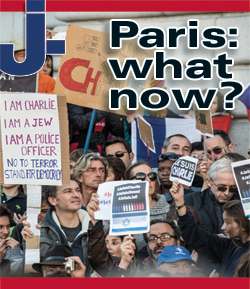