People are drawn to West Sonoma County for a variety of reasons: wine, romantic getaways, country roads, gorgeous coastline, food. But nobody goes there to plug into the Jewish environmental movement.

Zmanim, based out of Sebastopol, is a 4-month-old venture that blends adventures in nature with Jewish spiritual and educational experiences. Exploring Judaism through the great outdoors is not a new idea, but organizers are hoping their program resonates for Jews who live in an area of such abundant natural beauty.

“This is a way of lifting up pieces that speak to us and others who have a passion for the natural world,” said Rabbi Josh Jacobs-Velde, one of the three founders of Zmanim.

His wife, Rabbi Daria Jacobs-Velde, described the undertaking as “connecting with Judaism’s agrarian roots” and “a journey as a community through the Hebrew calendar.”

“Zmanim” is Hebrew for “times,” and, in this context, it refers to the rhythm of the seasons. Organizers plan hands-on and participatory outdoor learning events — and celebrations — that coincide with the flow of the Jewish calendar.

For example, the group held its first gathering in connection with Sukkot in October. Participants built a forest sukkah at Shone Farm, west of Healdsburg, then held a Shabbaton the next night. To celebrate the harvest holiday, some people camped out in the sukkah.

While that sounds somewhat like standard operating procedure for Sukkot, other events are less traditional, such as one titled “Kindling Fires Within Darkness” that occurred just before Hanukkah. The itinerary for the event — or the “Rhythm of the Day” as written up by organizers — included two sessions of sitting in a fire circle, the making of oil-burning menorahs and a contemplative nature connection activity (one for adults and another for kids, although adults were welcome to participate in the kids’ activity).

It was held at the Ocean Song Farm and Wilderness Center near the small town of Occidental — the same location of an upcoming Tu B’Shevat event on Feb. 8.

“There is no organized Jewish community west of Highway 101 [from Petaluma to Ukiah],” said Yael Raff Peskin, the third Zmanim founder.

Raff Peskin, who runs a Jewish, Waldorf-inspired preschool in her Sebastopol home, continued: “For those people and for others to be able to have a Jewish community where they live is exciting. We’re not hoping to build another synagogue, but to augment. We can support the synagogues with our programs.”

Daniel Swid, 36, grew up in a Conservative household, but says that as an adult he “felt a bit stuck” in the Jewish traditions he knew. He was, however, interested in environmentalism. When he attended his first Zmanim event, he says he found a spirit and a purpose he wasn’t accustomed to finding in Jewish religious life.

“I came to appreciate the inspiration and teachings Judaism offers with respect to sustainability, stewardship and putting this into practice within civic society as a whole,” said Swid, who lives in Sebastopol with his wife and three children.

Zmanim, he said, “offers the intention to draw inspiration and spirituality from the natural world framed by Jewish teachings … It is just blending all these different things together and putting a Jewish spin on things, which is just interesting.”

At the Sukkot event in October, Reb Irwin Keller, spiritual leader of Congregation Ner Shalom in Cotati, led a teaching during a hike.

“More and more people are awakening their spiritual lives through connection with the Earth,” he said. “We see it here in Sonoma County all the time. People live here or visit here because they are moved by the views, the smells, the ocean, the trees, the vines, the farming. And somehow people have come to think of that inspiring outdoor experience as being antithetical to Jewish experience.

Rabbi Daria and her son Zev (on blanket) with Claudia Haskel (left), Randi Seidner and their daughter Ruby

“But we come from an agrarian ancestry and our holidays are heavily agricultural; our religious metaphors are frequently about gardens and trees. The Hassidic master Rebbe Nachman of Bratslav insisted that his Hassidim spend time alone in nature daily as a way of experiencing God.”

Zmanim’s most recent event was on Jan. 11, titled “Shmita Year: Connecting to the Wild.” The three founders talked about shmita (the Torah-mandated sabbatical year in a seven-year agriculture cycle), and naturalist Elaine Daly of Petaluma led a foraging hike in the nature preserve at Ocean Song, which is located on 360 acres in the coastal hills above Bodega Bay.

The bounty of edible plants that was collected was put into a salad the group shared later in the day.

“The natural world is a big part of who I am,” explained Daly, 39, who said Zmanim is ideal for not only herself, but also for her 4-year-old son, because it’s a “bridge” between Judaism and nature.

Zmanim, she said, is “a place where he can cultivate a Jewish identity that overlaps with my love of the natural world — and they aren’t seen as two distinct things.”

Zmanim organizers said all of their events are geared toward incorporating a multigenerational learning experience — a “village experience” in which grandparents can have meaningful interactions with the younger people there, and everyone can learn from each other.

Claudia Haskel and her partner had been looking for a place where their 6-year-old daughter could connect with Judaism. After exploring area synagogues and not finding one that suited them, they attended a Zmanim gathering at Ocean Song.

Not only did the outdoors aspect of the event speak to them, but Haskel said Zmanim’s multigenerational “village” approach helped them feel welcome. “We bridge between the grandmother generation and the mother generation,” she said of her and her partner, both over 40. “Oftentimes when we are in a community around parenting, we are around young people. The approach [Zmanim leaders] are taking helps us in building community.”

A Minnesota native who grew up in the Boston area, Daria did a lot of traveling, and lived in Japan and Israel, before earning a master’s degree in education at Harvard University in 2000 and then becoming ordained at the Reconstructionist Rabbinical College near Philadelphia in 2009.

“The whole environmental piece, the shift, the consciousness that exists now,” she said in explaining the impetus for Zmanim. “People see how powerful it is to be integrating all these ideas. We keep meeting more and more people who are saying this is how I am feeling integrated, this is how I can feel whole.”

Before heading west, the husband-and-wife team were co-rabbis for four years at Congregation Ohev Tzedek in Boardman, Ohio, a township just outside of Youngstown. The synagogue is historically Conservative but not affiliated with any movement at present time, and Daria was the first female rabbi in a region known as the Steel Valley.

Like his wife, Josh was ordained by the Reconstructionist Rabbinical College, in 2011, and he is also a member of Ohalah, the Association of Rabbis for Jewish Renewal. After growing up in a Reform household in St. Louis, he attended U.C. Santa Cruz and studied for a time at the San Francisco Zen Center. He is also a certified guide with Torah Trek, the Center for Jewish Wilderness Spirituality.

The pair left Ohio, Josh said, “to follow our dream of building a Jewish community that focused on exploring and celebrating the connections between Judaism and the natural world … We figured, ‘If not now, when?’”

Having already fallen in love with West Marin County, and with two of Daria’s brothers living in the area, they decided to settle in Sebastopol. When visiting in the spring of 2013, they met with a variety of people in the Jewish community, including Raff Peskin, who had worked with just about all of the local synagogues and the Jewish Community Center; she was an organizer of Tu B’Shevat and other Jewish nature-oriented programs for a decade.

Those meetings led to the formation of Zmanim, which is in the process of applying to become a nonprofit, Josh said.

In addition to seasonal/holiday events, Zmanim has been having monthly Sunday gatherings, and its first Shabbat morning get-together is slated for Saturday, Jan. 31 in Sebastopol. The first half-hour will be a period of silent meditation, followed by davening and Torah study, and some of the time will be spent outdoors.

The event will “celebrate our deepening connection with the trees of Ocean Song,” said Daria. “Tu B’Shevat also offers us another opportunity to celebrate the abundance in our lives and a chance to give back to the land that blesses us.”

As Zmanim grows, organizers want to have classes and text study for children and adults “rooted in nature and engaging body, heart, mind and spirit” and quarterly camping trips and other activities.

While attendance has been modest so far, usually 25 to 30 people, Raff Peskin said more than 50 attended one gathering, and several hundred have expressed interest in attending a future event.

“We are excited by the enthusiastic response to our offerings,” Raff Peskin said, “and all of the encouragement and appreciation we have received for offering opportunities for Jewish community to gather in nature West Sonoma County.” 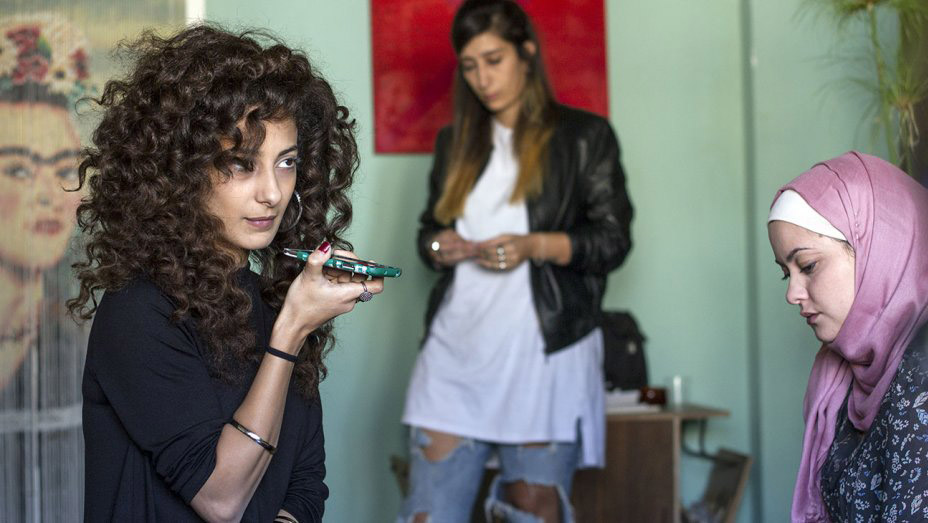 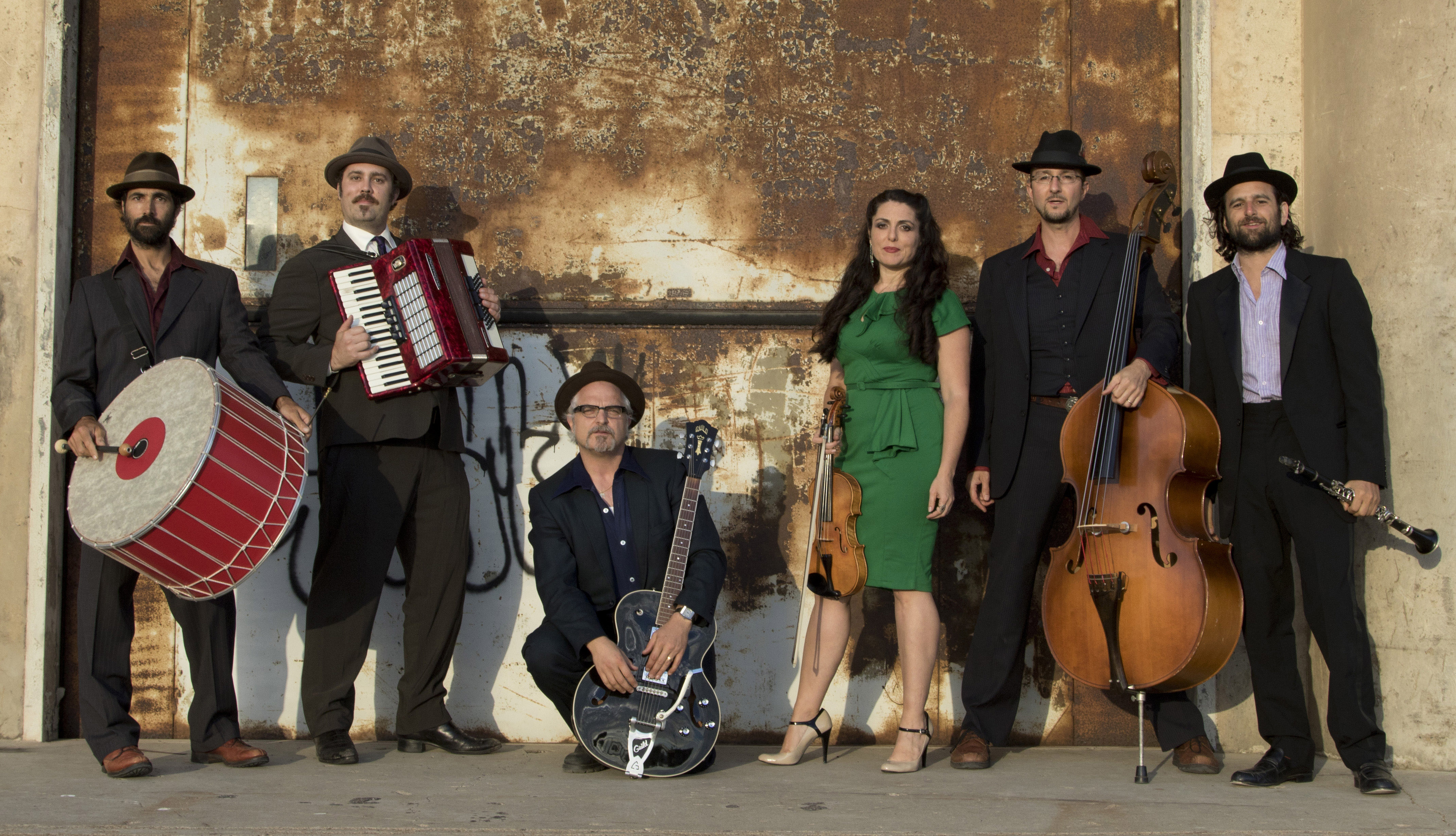