Using psychodrama to heal the scars of the Holocaust

In October 2007, Oakland teacher Daniella Salzman sat on the tracks at Auschwitz chanting the names of the dead.

Her grandparents barely had escaped Nazi Germany in 1938, and they lost most of their family in the Holocaust. Salzman, 45, was taking part in a Buddhist-based Bearing Witness retreat, which she hoped would help heal the emotional scars she carried as the granddaughter of survivors. Upon returning home, she wanted to continue the healing work and asked friends for recommendations.

Everyone pointed to one man: Berkeley resident Armand Volkas.

An adjunct professor of expressive arts therapy at San Francisco’s California Institute of Integral Studies, Volkas is the founder of workshops for people who share collective trauma stemming from a historical event. For the last 30 years he has taken the workshops to troubled regions all over the world.

As the son of Holocaust survivors and a therapist, Volkas said his early interest was more personal: He wanted to study how the legacy of trauma handed down in Jewish families also affects generations of Germans. It was not work he necessarily chose, Volkas said, but rather was something he could not turn away from — nor erase inside himself.

“[My parents’] stories are within me. … What I can choose is how I interpret their story and transform it into constructive action in my own life,” he said at a national conference of drama therapists in 2003. “I have sought to use my historical wounding to inspire acts of creation and acts of service in myself, and in the clients with whom I work.”

Volkas is an imposing man with white hair and white beard. He was born in Paris in 1951. His parents were Polish Communists who fought back against the Nazis — his father, among other things, parachuted behind Nazi lines as a resistance fighter, and his mother once eluded capture by jumping out the second-story window of a building in Paris.

Ultimately, both ended up at Auschwitz-Birkenau. Celine was kept healthy as part of a control group in one of Josef Mengele’s medical experiments; she met Bernard when he smuggled her a pair of boots.

A few years after Volkas was born, his parents immigrated to the United States and became chicken farmers in Southern California. Volkas is well aware that among the children of survivors, his story is unusual.

“I had the heroic story as opposed to the victim,” he said. “But I had to reconcile my parents, the heroes, with my father as the guy suffering from PTSD who used to beat me in a hysterical rage.”

Volkas’ parents were conflicted about their Jewish identity, sending Armand and his sister to a Zionist youth group, Hashomer Hatzair, while they themselves were avowedly anti-Zionist.

Volkas was a shy child; what drew him out of his shell was theater. “Theater was a way to express myself and give shape to my feelings, to feel empowered and to explore my emotions,” he said. “In many ways, it saved my spiritual life; without theater, I would have been a pretty depressed guy.”

After finishing a master’s degree in fine arts from UCLA, he joined an experimental theater group in Los Angeles. Many of the Jewish actors were also children of survivors, and Volkas suggested they tackle the Holocaust as a theme. The group spent months interviewing their parents and other survivors and created the play “Survivors,” which opened in 1976 to rave reviews in the Los Angeles Times. The show was sold out for months and then toured colleges. At 24, Volkas found himself at the helm of an emerging Jewish theater company.

“There was a need for the Jewish community to process the Holocaust,” he continued. “[This] was not just a theater piece, it became a place to address the issues that the Holocaust had raised, and it was about the second generation coming to grips with [that] legacy.”

On the one hand, while he thought the Jewish theater group was “such a great f– you to Hitler,” by 1984 he was burnt out by the politics and fundraising duties, and he longed to do something more universal, beyond the scope of the Jewish community. He and his wife, Anna Mindess, whom he met in the troupe, and moved to the Bay Area, where Volkas enrolled in a satellite of Antioch University to study drama therapy.

He was already familiar with psychodrama, founded in the 1920s by an Austrian-American Jew, Dr. Jacob Moreno, in which patients seek catharsis and gain insights through role playing. Drama therapy expanded on psycho-drama by adding theatrical elements, including performance as a therapeutic act. It has been used in a variety of settings, including prisons and psychiatric hospitals.

Armand Volkas and the cast of “Survivors” in 1976

Around the time that Volkas got his master’s degree in counseling psychology with a concentration in drama therapy, the state asked him to work with a young man from Concord who had murdered a woman and child.

Volkas visited the prisoner twice a week for close to a year, role playing to help him work out his guilt. “I had a hunger to understand the perpetrator within all of us,” he said. He was called to testify during the penalty phase of the case — there was no doubt the defendant was guilty, and he faced the death penalty.

That penalty was not imposed. “The jury said it was my testimony that saved his life,” Volkas said, noting that through his work with the prisoner he had seen different parts of the man’s personality and therefore “couldn’t completely dehumanize him.”

It was the process of dehumanization that piqued Volkas’ interest — he wanted to understand how the Nazis came to power and what role dehumanization played in the Holocaust and continues to play in other genocides.

“I wanted to humanize Nazis, because they were the monsters of my childhood,” he explained. “Of course, it’s easier to think of them as monsters, and not as human beings who made choices and could also be nice people and had a sense of humor, and could be kind and generous and good parents. That part is extremely hard to fathom.”

Key to his process was the idea of bringing both sides of the trauma into the same room — not just descendants of those who suffered in the Holocaust, but the children and grandchildren of its perpetrators.

In 1989, he started by organizing a three-day encounter in Oakland for Jewish and German descendants of the war. He recalls the powerful feeling in the room as people heard firsthand about ways in which the other side was traumatized. It was a response that Volkas had expected. When it comes to collective trauma, “people hold on to it and need to talk about it … there are no forums to do this with this kind of intensity and honesty,” he said. “The presence of the ‘other’ or ‘enemy’ or whomever we are to each other, increases the tension in a positive way, in which feelings can be released and expressed.”

He called the program Acts of Reconciliation, and within a few years he was traveling frequently to Berlin, organizing encounters and collaborating with Israeli psychotherapists doing similar work there with descendants of the war.

Not many years after, Volkas branched out to use the techniques with other sufferers of collective trauma, developing “Healing the Wounds of History.” Today he receives invitations from around the world; he has led workshops for Israelis and Palestinians, Japanese and Chinese around the Nanjing massacre, and Turks and Armenians around the Armenian genocide. Volkas also worked with warring factions in the Lebanese civil war.

But German-Jewish reconciliation remains his primary focus. Last November, he conducted a three-day workshop at his office in Emeryville, culminating with a public performance at Congregation Sha’ar Zahav to coincide with Kristallnacht. The San Francisco performance featured his “playback theater” troupe, in which audience members share their stories with a group of actors who re-enact them on the spot.

Volkas finds that in much of his work now, he sees the third generation of descendants of Holocaust survivors struggling with the burden of their murdered relatives. By taking on the roles of their ancestors or seeing them played by others, the descendants are working to free themselves of that emotional weight.

“[Volkas] is a master at this work, so he creates a safe space, and knows what’s needed in the moment,” said Salzman, the Oakland teacher who took part in the workshop with her mother. “He can gauge whether it’s an individual that needs support, or for the whole group to come together.”

Salzman said the group she was in bonded almost immediately, even deciding to continue meeting after the workshop ended, and there was general recognition that “whatever our stories and how different they are, we were all tortured by this history, which made me grow in my compassion for the Germans.”

Younger generations of Germans often are dealing with their own terrible burden of parents or grandparents who refuse to say what they knew or didn’t know, according to Volkas.

One of those Germans was Elizabeth Brodersen, 55. She was born in the United States, but her father and uncle belonged to Hitler Youth. Her uncle joined the elite Waffen-SS, while her father fought and was a prisoner of war.

The director of programs and education at San Francisco’s American Conservatory Theater, Brodersen had done talk therapy around her father’s trauma and its impact on her upbringing, but she welcomed the opportunity to deal with feelings of responsibility for events that happened before she was even born.

“The most powerful thing for me to realize was how much we have in common in terms of trauma, and that both sides suffer, whether you’re one generation or four removed, and we are suffering in very similar ways. So it was very healing for me to be heard by the Jews in the room and be accepted and forgiven.”

Brodersen described a trip she took to Dachau when she was an exchange student in Germany; her best friend was a Jewish woman whose family had been decimated in the Holocaust, and the two of them sat together in the room with the ovens, weeping as they held each other. After describing the experience to Volkas’ group, she witnessed Germans and Jews acting out her story together.

“One of the first things that struck me about [Volkas] is his gentleness and his humor,” said Brodersen. “There’s something about the physical enactment of our stories that is incredibly healing. While I had spent many years talking about my personal issues, there was something about watching others and acting out our stories that just had an immediate, profound impact on me.”

Brodersen had a box of family photos in her closet that she couldn’t bring herself to open and had kept sealed since her mother died nine years before. Family was a difficult topic for her and she wanted to avoid uncomfortable memories.

When Volkas asked each participant to bring a family photo to the workshop, Brodersen was surprised to find she finally could open the box. Afterward, “I was able to spend an hour organizing the photos,” she said. “Armand made it possible for me to actually look at these photos for the first time.”

Oakland writer Alix Wall did a workshop led by Armand Volkas three years ago to explore her own legacy as the granddaughter of survivors and daughter of a hidden child, and is a member of the “Healing the Wounds of History” group. 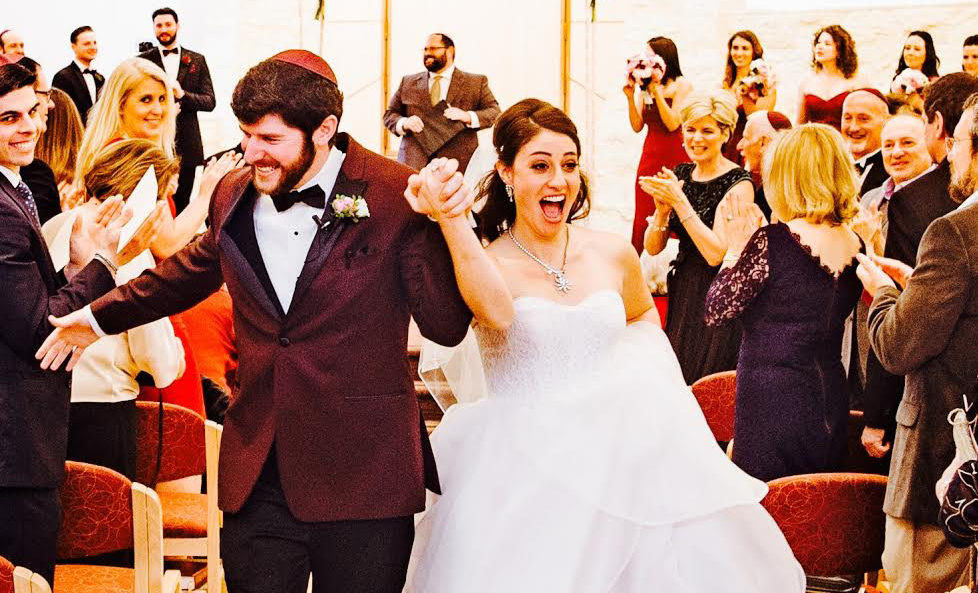 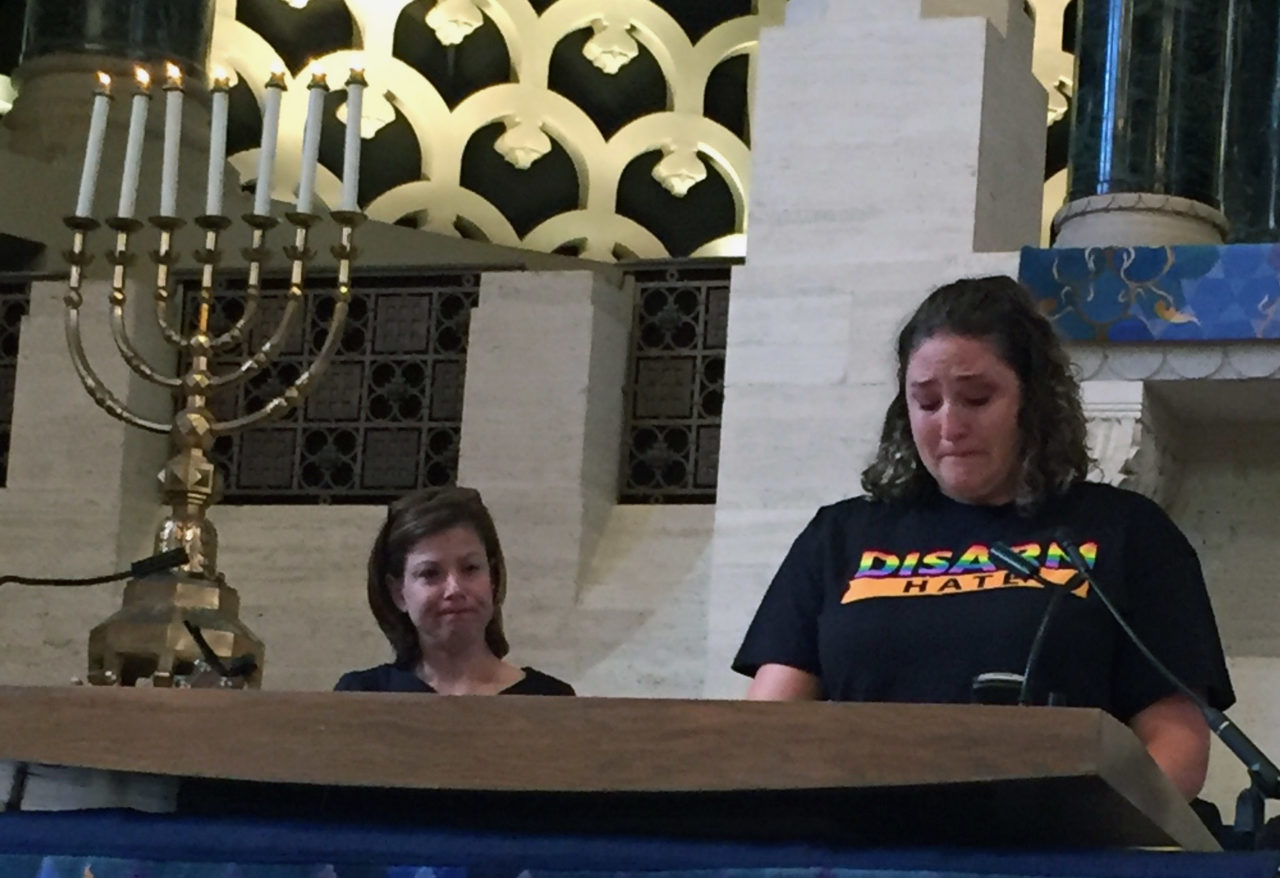