Its time for anti-circumcision extremists to stop the bullying

“You deserve to die. You are guilty of the crime of assault with a weapon against infants. … I hope they burn you alive, literally burn you on a stake over a flaming heap.”

Sound like a threat from an anti-abortion extremist? Think  again. This disturbing email was sent to a mohel who has performed thousands of brit milah ceremonies.

Although lacking the attention given to abortion, the debate over circumcision is no less controversial. Unfortunately, some circumcision opponents do not accept that reasonable people can disagree. They consider the procedure to be a violent assault, equating it with child abuse. They seek to end all underage circumcisions worldwide. Despite their efforts, thousands of Jewish parents choose brit milah for their sons, and more than a million babies are snipped in U.S. hospitals each year.

Unable to prevent circumcisions through persuasion, some opponents have responded by trying to shame parents. An army of keyboard activists constantly searches social media for any comments that mention “circumcision” or “brit milah.” They share these posts with groups that spring into action.

An unsuspecting parent will post a photo or comment about her son’s brit milah on her Facebook timeline. Within hours she receives dozens of responses from strangers vilifying her as a bad mother.

Physicians and mohels who promote circumcision are aggressively targeted.  Activists routinely protest  outside hospitals and medical conferences, photographing doctors without permission. Last year, protesters marched outside the home of the lead physician for the American Academy of Pediatrics circumcision task force. In May, the phone lines of a Utah pediatrics office were swamped after the doctor mentioned a circumcision study online.

Rabbi Michael Rovinsky of St. Louis is a national consultant for doctors, midwives and other mohels, and he has performed more than 10,000 circumcisions for Jewish and non-Jewish families. Shortly before he was to speak at a medical conference in 2012, he learned of growing pressure to cancel his appearance, including death threats against him. When he declined to cancel, the sponsor hired an armed bodyguard to escort him from the airport to the event.

Dr. Fred Kogen, an Orange County mohel, has performed 8,000 circumcisions throughout California. He includes Hollywood stars among his past clients. Kogen has received a few threats, including the aforementioned email three years ago. He immediately notified the FBI about the message, which warned:

“You are a violent criminal and you belong in jail. Cease and desist from all mohel training activities, all bris ceremonies, and kill yourself. … If there were no repercussions I would kill every mohel I could myself, but because the law forbids it, I will merely implore you to stop what you are doing. … There will be more and more people who grow up with a righteous vendetta against you and one day you will face the consequences of your actions at their hands. — Mr. Nat Taggart”

Kogen found the threat so unnerving that he applied for a concealed firearm carry license. Since his first meeting with clients is often in their homes, he worries that one day he might arrive at the home of an unknown client to find a “Nat Taggart” lying in wait.

To be sure, many circumcision opponents behave and converse in a civilized manner. Moreover, none of the doctors or mohels I contacted has been deterred by any hostility. Although some were reluctant to draw attention to the rabid fringe, that fringe has created a frenzied atmosphere that could lead to physical violence.

It’s time for action to curtail the bullying.

Medical and Jewish authorities must warn physicians, nurses and mohels about potential threats. Prenatal classes should advise expectant parents. Social media users should adjust privacy settings when posting personal information and family photos. And Facebook needs to crack down on groups that encourage cyberbullying. Individuals who feel threatened should notify law enforcement, which must investigate and prosecute crimes of intimidation.

Infant circumcision is a mitzvah for Jews and a legal medical procedure for all. The harassment of parents, mohels and doctors must stop.

Andrew Gross lives in Union City and is a member of Peninsula Sinai Congregation in Foster City. 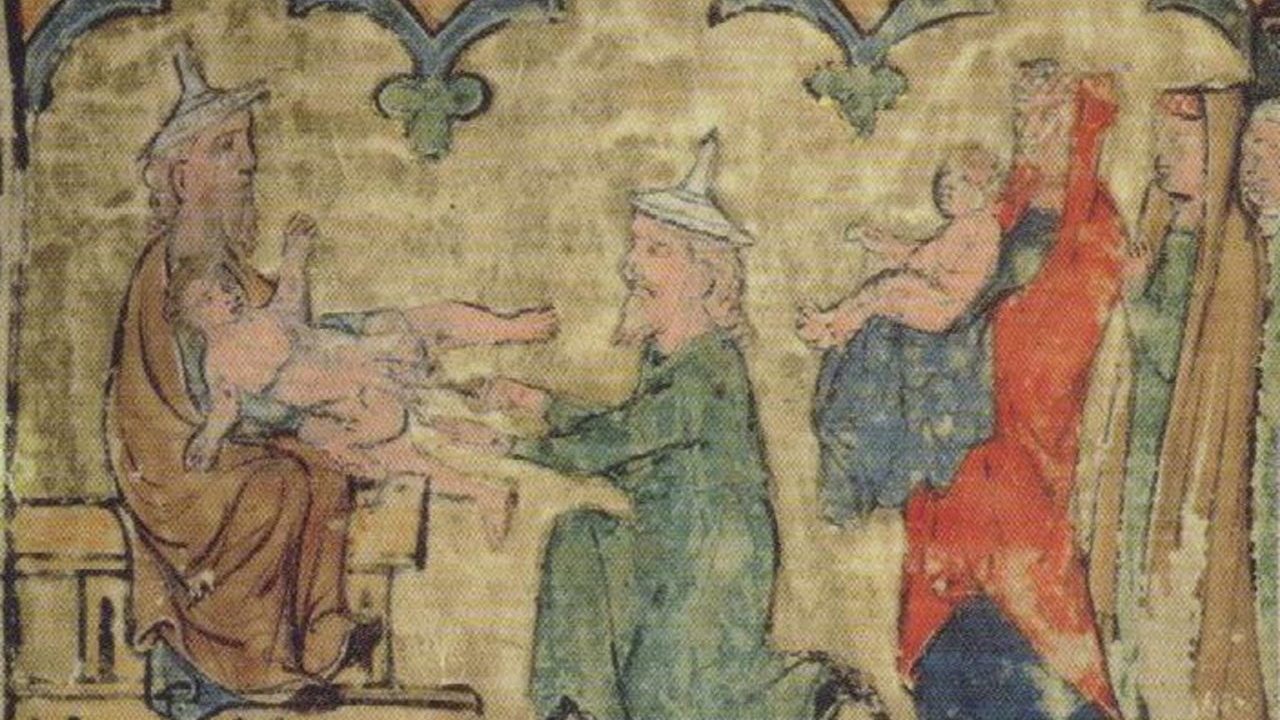