When science and religion collide

Rabbi Lord Jonathan Sacks is good at illustrating a point with an anecdote.

As lead panelist at Moment magazine’s first “Judaism and Science” symposium last month in Palo Alto, the former chief rabbi of Britain framed the discussion with a story about the childhood of Nobel Prize–winning Jewish physicist Isidor Isaac Rabi. While most parents would ask their children, “What did you learn in school today?” Sacks said Rabi’s mother asked her son, “Izzy, did you ask a good question in school?”

Sacks was on a panel with four other esteemed scholars, with moderator Michael Krasny of KQED Radio asking the “good questions.” A crowd of 300 showed up at the Oshman Family JCC for the event, which aimed to dissect the role of Jews in science, the interplay of religion and scientific thought over millennia, and humanity’s evolving conception of God — all within a span of 90 minutes.

One of Krasny’s questions: Was humankind’s search for meaning and the miraculous the foundation of scientific inquiry?

In his reply, Sacks noted that the ancient Greeks and Hebrews were “the first two cultures to emancipate the mind of man from myth.” While it was the Greeks who developed experimental science, the Jews “respected science and laid the groundwork for it.”

Currently a professor in Judaic thought at New York University and Yeshiva University, Sacks served from 1991 to 2013 as chief rabbi of the United Hebrew Congregations of the Commonwealth, the United Kingdom’s central Orthodox organization.

His response to the scientific inquiry question was seconded by panelist John Efron, a Jewish history professor at U.C. Berkeley and the author of leading histories of Jews and medicine. Jews distinguished themselves in science, Efron said, “as practitioners rather than theoreticians in the early days.”

Sacks described how the Aristotelian idea that “you can discover purposes in nature” was not part of the thought of Judaism. “God is not revealed in nature. He is hidden in nature,” he said.

A third panelist, Stanford University biology professor Marcus Feldman, has studied the evolution of complex genetic systems and is an outspoken opponent of theories that attribute differences in IQ to DNA. He described Maimonides’ directive in the Middle Ages that if three children born to the same woman died from circumcision, the fourth was not to be circumcised.

Maimonides, he said, “recognized this incredible thing from empirical observation.”

Feldman, drawing on his own work in genetics and the evolution of learning, also said Maimonides rejected the popular viewpoint at the time that people are born good or evil.

Efron moved the discussion into the 18th century, a “key moment” in which Jews entered science in large numbers during the Haskalah, or Jewish Enlightenment.

“For centuries, Jews were doctors,” said Efron. “But the 18th century sees the creation of an entirely new type of Jew. Maimonides [who lived from 1138 to 1204] was a

In modern times, Jews have seen science as “a means of social advancement,” as well as a way to create large public health programs to benefit entire societies.

The other two panelists were Joel Primack, professor of physics and astrophysics at U.C. Santa Cruz and one of the co-developers of the theory of cold dark matter, and Nancy Ellen Abrams, a lawyer and historian of the philosophy of science. Abrams wrote “A God That Could be Real: Spirituality, Science, and the Future of Our Planet” and co-authored with Primack “The View from the Center of the Universe: Discovering Our Extraordinary Place in the Cosmos.”

Sacks credited the husband-and-wife team with demonstrating how “science and cosmology gets more and more poetic and mystical.”

Primack compared cold dark matter, posited to make up 80 percent of the universe and collapsing in on itself to yield ever larger and more complex structures, to 16th-century kabbalist Isaac Luria’s ideas on cosmology.

In or near the beginning, said Primack, “cosmic inflation lasting a fraction of a second exploded into the seeds of the universe,” and physicists today think of “multiple universes flying apart at the speed of light.”

“The universe cannot be adequately described as something strictly observed or spiritually experienced, but accessed on both levels,” Primack said. He noted that Maimonides rejected the notion that God preceded and created the cosmos from nothing. “That’s not a Jewish concept. God hovered over the waters, but there is no description of where the waters came from.”

Abrams drew appreciative murmurs from the audience when she described ways in which science is developing the concept of an “emergent” God.

“If we take science seriously, it rules out certain assumptions about God. Eliminate all that is about omniscience and that violates the laws of physics, and what’s left is everything that matters to us humans. 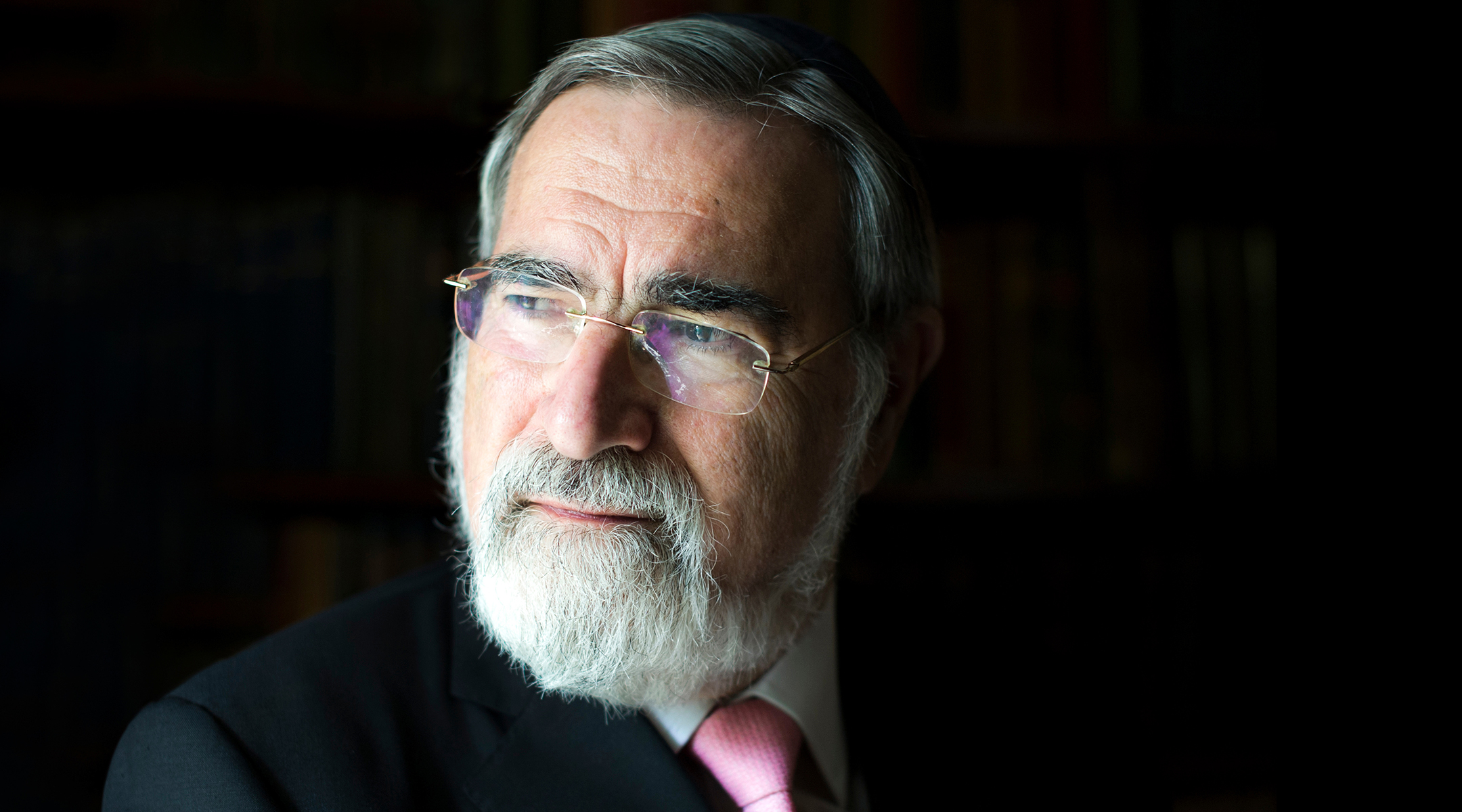