I’m in love. His name is Fred. He kisses me often, and unconditionally understands my moods. He gets me. I get him. He’s nervous, smart and nerdy.

Fred is a 70-pound, 9-year-old border collie/lab retriever mix. He is my daughter Bonny’s dog. Every night I call and sing to Fred: “Mr. Blue, Grandma loves you.”

Does this sound weird? Well, maybe. My relationship with Fred runs deep, deeper than my relationships with the men I meet.

“You need to meet a man who is cool, like Fred,” Bonny says.

She and her husband, Gary, decide that Fred needs a mate. They find Barney at the Milo Foundation adoption center. Barney was found on a freeway with a broken hip. After several surgeries, he is ready to go to their home.

At first, Fred — raised by Bonny and Gary since he was 2 weeks old — won’t let Barney have his toys. Barney waits patiently, letting Fred have control.

Slowly, Fred and Barney begin to trust each other, and now they are inseparable. They kiss, share toys, sleep next to each other in their new adjoining beds, play in the garden, comfort each other. They are in love.

“Why doesn’t that happen to me?” I ask my friend Janet on the phone.

“Honey, dogs love unconditionally. These old boomer guys love you if you’re rich, a size zero, and younger than 60.”

“Barney is much younger than Fred,” I say.

“Dogs are more developed than boomer men,” she says. “The last man I had a date with had just lost his wife. He said he was 71. The poor guy took me to the opera. He fell asleep, and when I nudged him, he fell over. He’d passed out.”

Today, I’m on BART, on my way to Berkeley to visit Fred and Barney. I’m holding a bag of toys.

At the Ashby station, Bonny picks me up. I’m glad to see her. She is beautiful, with a long black ponytail and bright dark eyes.

At lunch at Bette’s Oceanview Diner, over pancakes, she talks animatedly about her work with rescue dogs. She warns me not to pay too much attention to Barney in front of Fred. “Fred is still adjusting, but they love each other.”

At Bonny’s house, like a black shadow, Fred leaps into my arms. Barney stands by, looking, waiting his turn.

Barney is gold and black and looks like the Lion King. He has sad, soulful eyes. He’s been through a lot.

“He has hiding places,” Bonny explains softly. “I put an extra bed behind the couch, where he likes to go when he’s scared.”

Fred offers his stuffed chicken to Barney, and drops it in front of him. Barney, the chicken in his mouth, follows us to the garden.

Barney and Fred sit side by side, watching the butterflies that fill the air. When Barney stands to lick his sore leg, Fred stands and licks it as well. They touch noses.

“Love is everything,” Bonny says. “Mom, you need to find a partner.”

“Get a positive attitude! Fred is a show dog, Barney is a mongrel with one leg that doesn’t work — and look how Fred is fawning over him.”

Bonny looks reflective. “Maybe you should post an ad online that you want to meet a man who’s in love with dogs. ”

I take her advice and post an ad on JDate.com:

Seventy-something woman wants to meet a man from 65 to any age. But must love dogs.

I receive dozens of emails, all from men 65 and up, all with pictures of themselves with their dogs: pit bulls, rottweilers, tiny poodles, pretty dogs, ugly dogs. I click on a picture of a 70-year-old retired lawyer who spends time rescuing dogs. His name is Philip Applebaum.

We agree to meet at Perry’s in the city.

He’s short, looks older than 70, and has kind eyes. Over vodka shots, we talk nonstop about our dogs. He tells me about Kate and Frank, his King Charles spaniels.

I talk about Fred and Barney, and say I’m going to rescue a dog. We’re having a great time. He glances at his watch. “I have to get home. The dog nanny is waiting.”  “Dog nanny?”

“Two nannies,” he says. “One for walking, one for babysitting. I never stay out more than two hours. My dogs are in dog therapy. They need a lot of love.”

Later, I’m home, on the phone with Bonny.

“He was nice but he can’t leave the dogs for a relationship.”

“Keep the faith, Mom. Tomorrow, we’ll go to the rescue center and pick out a nice senior dog. “ 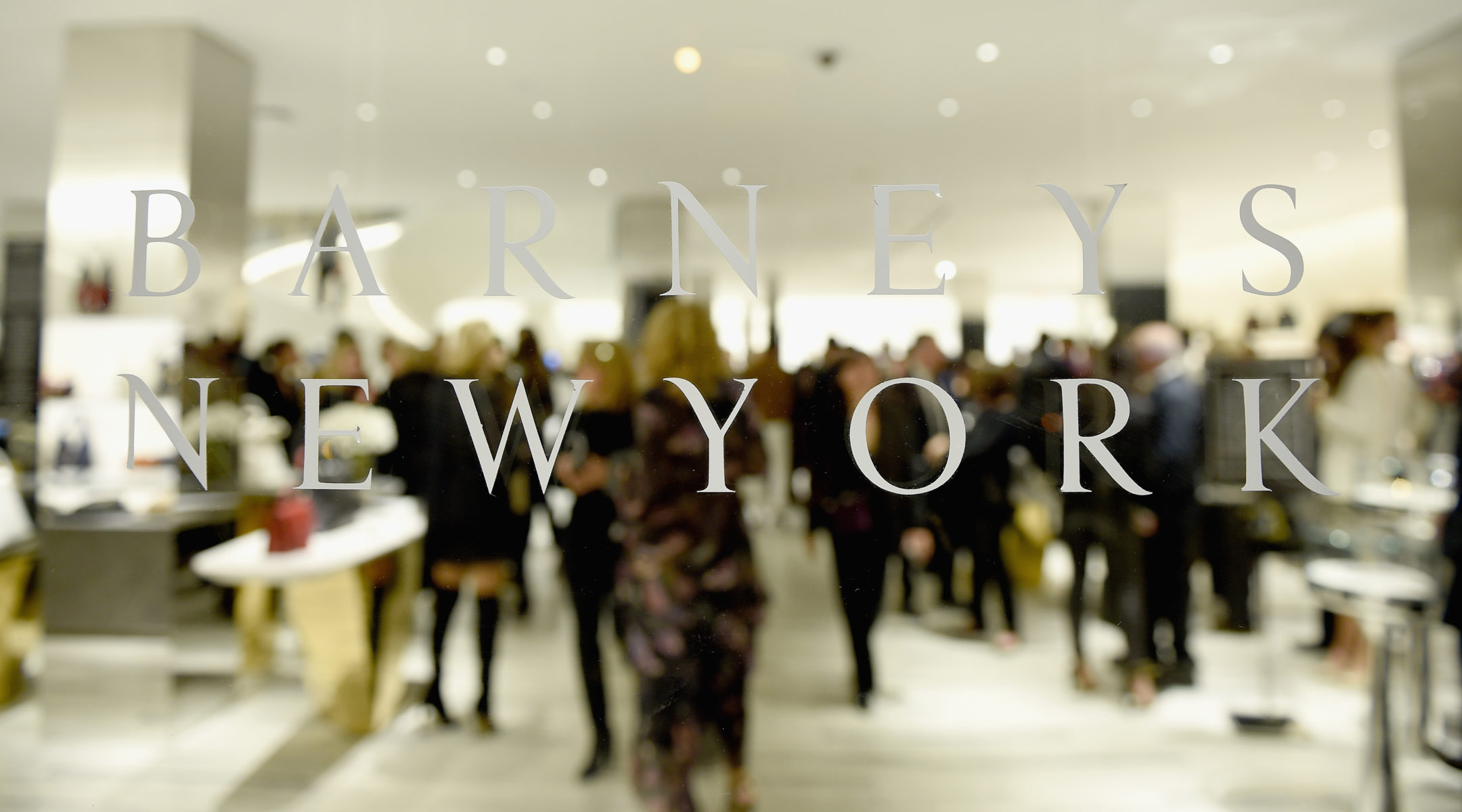 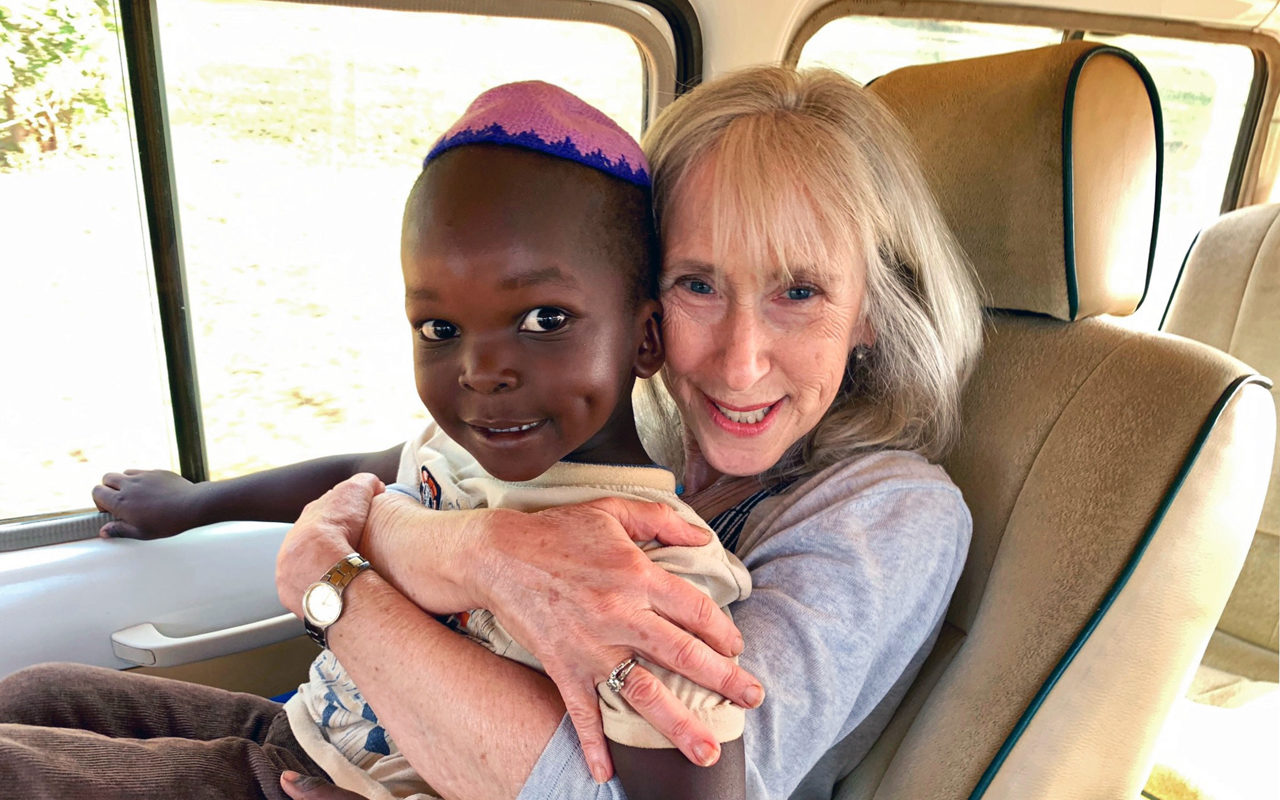