Whether it is our grandparents’ ketubah (marriage contract) gathering dust in a closet, the seder plate we pull out of the hutch at Passover or the mezuzah we affix to our front door, by our very ownership of these items, we are extending the narrative of our Bible.

That’s because these objects tell stories, in both words and illustrations. Your grandparents’ ketubah, for instance, might recall the wedding of Isaac to Rebecca. The seder plate helps recall the story of our Exodus from Egypt. The mezuzah contains the words of Deuteronomy.

These items enable Jews to connect to religious books — without even having to open them, says Francesco Spagnolo, curator of the Magnes Collection of Jewish Art and Life in Berkeley.

So when Daniel Fisher, this year’s Magnes graduate fellow, proposed an exhibit focusing on how Jewish objects help us impart our stories and connect to our history and faith, Spagnolo jumped aboard. The result is “Living by the Book: The Jewish Bible and the Everyday Power of Text,” co-curated by Spagnolo and Fisher, which opened this week at the Magnes.

“Jews are often called People of the Book,” says Spagnolo, “but that phrase has many dimensions. In this exhibit, we are pushing what it means.”

Viewing the scores of items on display — from tefillin and mezuzah cases to Torah arks and Jewish New Year’s cards — visitors can observe how Jews have shared biblical stories over the centuries. The exhibit contains objects in stained glass, embroidered fabric, wood, fine metals and other media, from Morocco, India and Iraq, to Europe and closer to home, Wyoming. Both Spagnolo and Fisher suggest that the creators of these materials were not only trying to reach fellow Jews who might not be schooled in their texts, but also to educate the wider world about Jewish contributions to religious history.

Co-curator Fisher, a U.C. Berkeley doctoral student in Near Eastern studies, says this exhibition has allowed him to make new forays into his academic interests. “My scholarly interest is objects found in the Jewish Bible,” he says. “This exhibit is about the Jewish Bible found in objects.”

One notable view of “visual Torah” is a stained glass synagogue window with the Tablets of the Law at the center, surrounded by panels symbolizing each of the Twelve Tribes of Israel. The window, a highlight at the former home of the Magnes Museum in Berkeley’s Elmwood section, will again be on permanent display at the current location on Allston Way.

Another object that powerfully integrates narrative with Jewish practice is an 1840 wimpel, a Torah binder made from the swaddling cloth from a baby’s circumcision. The wimpel would be brought out as a protective amulet wrapped around a Torah scroll at key moments during the young man’s lifecycle events, including his bar mitzvah and wedding. Common among Jews of southern Germany, the wimpel included personal information about the baby along with the injunction, “May he grow to Torah, chuppah and good deeds.” As the baby was swaddled in the wimpel, he was literally cloaked in the words of Torah.

A good portion of the exhibit concerns the deconstruction of the Torah, with scrolls separated and examined examined as vehicles for telling stories. The Torah accessories also tell stories. For example, a 19th-century Yemenite Torah pointer is engraved with the words, “And this is the law which Moses set before the children of Israel.” A Torah mantle, circa 1930, from San Francisco’s Congregation Sherith Israel depicts the Tablets of the Law. Silver Torah finials, dating back to 1837 in Livorno, Italy, include depictions of Jewish ritual objects used in the Temple in Jerusalem.

While much of the exhibit focuses on objects related to Jewish ritual practice — such as the Torah ark from the RMS Queen Mary, specially built for Jews fleeing Hitler’s Europe — a number of items border on kitsch. Among them, a trippy pop-up Jewish New Year’s card from Germany that features Moses and the Ten Commandments, as well as a series of Israeli ethnographic dolls that include the likenesses of the biblical patriarchs. Nonetheless, they continue to tell stories, not only about the Bible itself but about our myriad interpretations.

“Living by the Book: The Jewish Bible and the Everyday Power of Text” runs through June 24, 2016. www.magnes.org. An opening reception takes place from 5 to 7 p.m. Sept. 9 at the Magnes, 2121 Allston Way, Berkeley. Free. RSVP at bit.ly/magnesopening2015 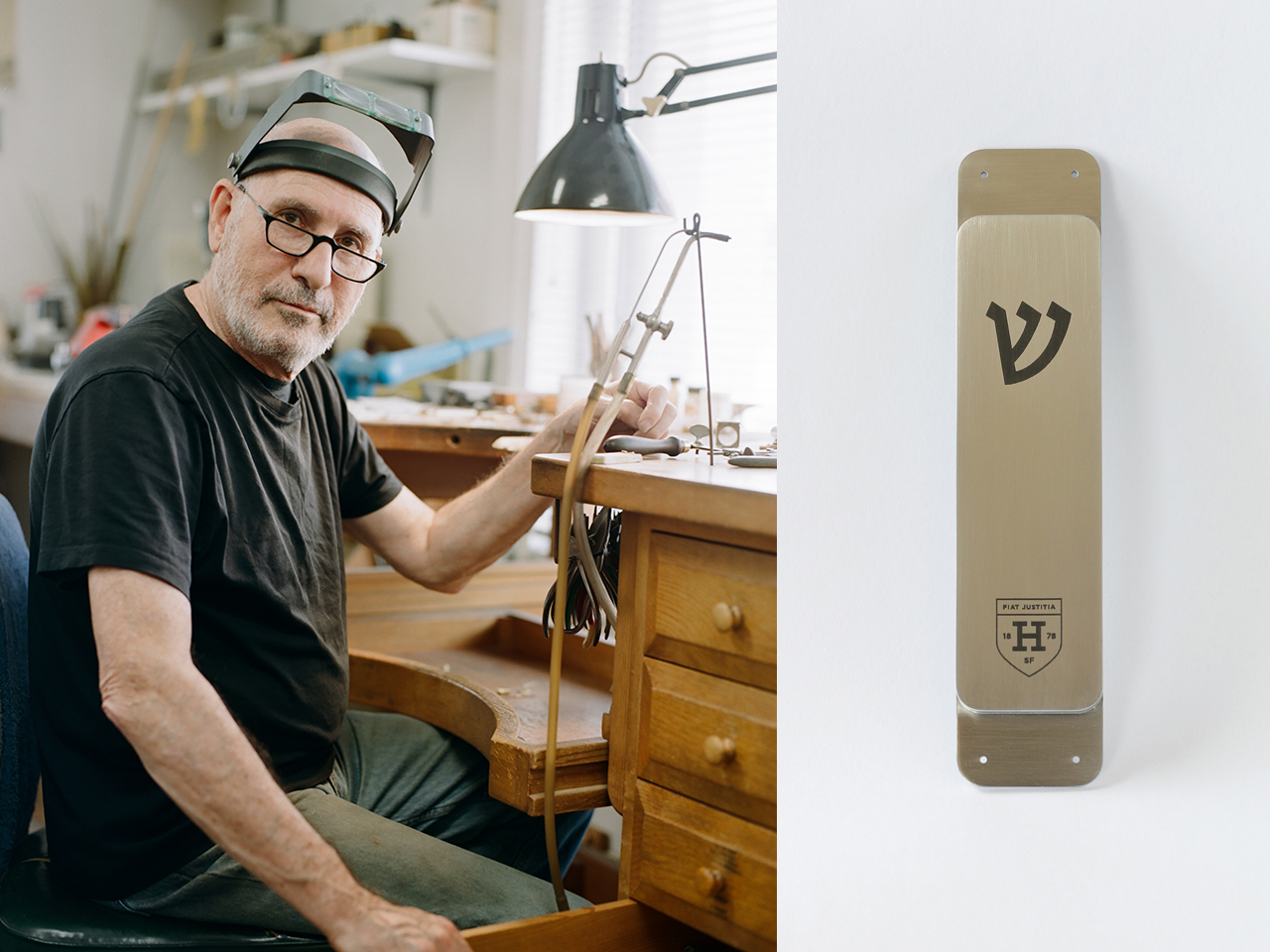 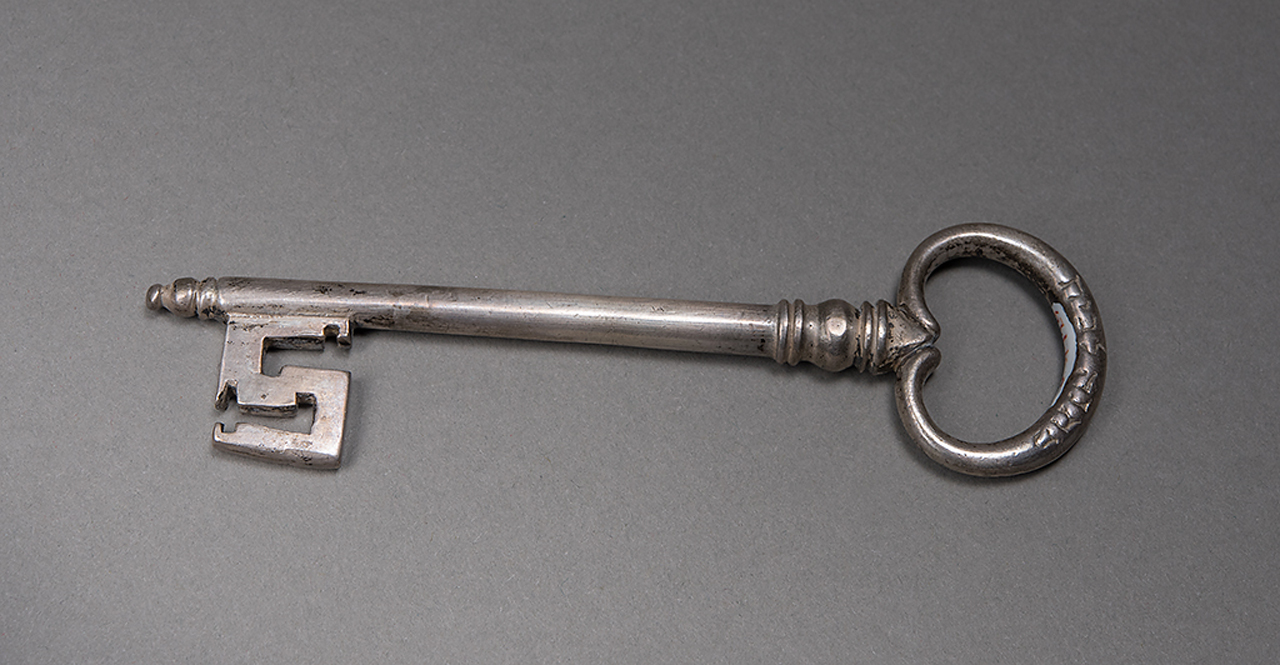