After a test of endurance, I’m finally making aliyah

“You know you’re finally really a Jew when you want to join the country club and they won’t let you in,” a Jewish friend tried to console me two years ago after the Israeli authorities informed me that my conversion was not recognized, bringing my aliyah to a screeching halt.

Who knew that becoming a Jew — and an Israeli — would be so fraught with tsuris? Baruch HaShem, thank God, I have been blessed with more patience and tenacity than a minyan of Israeli bureaucrats.

Four years after I began the process to convert to Judaism, my tuchus settled into a cramped economy seat on an El Al flight to Israel on Sept. 1. As I embark on this new chapter in my life, I wish I were more excited. Sadly, my enthusiasm in these intervening years has waned. Far from smooth or welcoming, the conversion and aliyah experience has been tainted with bureaucratic craziness, misinformation, incompetency and the annoying hegemony of Orthodox control over civil affairs in the Jewish state. Perhaps this tangle has helped prepare me for the meshugas of Israeli life to come.

For a quick catch-up, read part 1, published in January 2014: www.tinyurl.com/jweekly-strubbe-conversion.

After visiting Israel many times over the course of 36 years, I decided to convert. I joined the Renewal congregation Chochmat HaLev in Berkeley, studied for a year, underwent a hatafat dam brit (don’t ask about the ritual taking of the blood required for conversion!), aced my beit din, dunked in a mikvah (ritual bath), filled out all — and I mean all — the aliyah paperwork and was ready to go. A month before my intended departure nearly two years ago, I received a terse email from the Jewish Agency for Israel, which handles aliyah: Sorry, you can’t come.

I thought I was going to plotz. Apparently, in the eyes of the rabbinate of Israel my conversion was not kosher. I was a traif Jew. What a shanda that Jews get away with discriminating against each other.

Not easily deterred, within months I converted again with a new beit din (rabbinical court) of Reform and Conservative rabbis, whose conversions outside Israel now are recognized by the rabbinate. At least that’s some progress. But a ger, or convert, is required to live for nine months in the country of his or her conversion before applying — in my case reapplying — for aliyah.

I faced a few more hurdles, including obtaining the required letter from one of the rabbis in my beit din, which I submitted with my reapplication. I thought for sure my dream of “Next year in Jerusalem” was coming true. But as the Yiddish saying goes: A mensch tracht und Gott lacht. (A man makes plans and God laughs.)

Several months transpired, and when I contacted the Jewish Agency representative — let’s just call her Shayna Maidel — in Los Angeles, I was informed that my file must have “slipped between the cracks.” Exactly what do you get paid for, if not to periodically check on the progress of an aliyah file? If I hadn’t contacted them, I could have remained indefinitely in no-man’s land. The gaffes continued, with Shayna saying she needed additional forms, including the original copy of my second conversion document.

Then I made the mistake of mentioning that I would be visiting Israel in March. Shayna insisted I could not be approved for immigration until after I returned in May. But I sought a second opinion directly from Jerusalem, where a Jewish Agency official  told me that indeed, a provisional approval could be made while I was there.

On a dreary and depressing March day in Israel, the same day that Benjamin Netanyahu was re-elected prime minister and my leftist kibbutz was in a deep funk, I received the cheery email: Congratulations, you have been approved for aliyah. Bad timing, to say the least.

On a more positive note, my experience with Nefesh B’Nefesh, a nonprofit that works closely with the Jewish Agency to complete final and post-stages of aliyah, was far more pleasant, professional and welcoming. Bottom line is that I wasn’t going to let religious authorities, the immigration office or incompetent low-level bureaucrats trounce my dream.

Despite the opinions of some of my leftist-progressive friends, and lingering qualms of my own, I will be living on Kibbutz Ein Hashofet, my longtime second home. And if my dream doesn’t work out after all, I won’t harbor regrets about giving Israel a chance, nor will I give anyone the right to tell me I’m not Jew enough!

Bill Strubbe is an East Bay writer, painter, political activist, world traveler and dreamer of peace. He can be reached at [email protected] 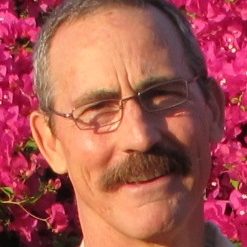 Bill Strubbe is a journalist, author, playwright and photographer. He converted (twice) to Judaism and made aliyah to Israel in 2015. He now lives on Kibbutz Ein Hashofet where he works on the Arts and Cultural Committee. Bill was born and raised in California.