On the night of Nov. 4, 1995, I was backstage at a theater in Tel Aviv, having just finished dress rehearsal for a play that was opening the next night. My fellow actors and I were laughing and joking with each other when one of the group hushed us and motioned toward the radio (in those years, there was always a radio on).

“Rabin’s been shot,” he said. I blinked, feeling the blood rush to my head. “He’s at Ichilov,” Tel Aviv’s central hospital. “Is he dead?” another actor ventured, horrified to say the words out loud. The first man shook his head slowly. “We don’t know yet.”

Minutes later, we did know. The prime minister was dead. Soon we learned he had been gunned down by a right-wing Jewish extremist opposed to the peace process, but for now, all we knew was that he had been assassinated in a downtown square following, of all things, a peace rally.

Quietly, many of us weeping, we sank into our chairs and stared at each other. Then someone said, “How can we put on this show?” It was Neil Simon’s “Rumors,” a farce that opens with a loud gunshot as a man offstage shoots himself in the head. Right, a farce — the guy misses, just hitting his earlobe — but there are plenty of jokes about “bad shots” and “guns in the wrong hands” before the curtain comes down.

Suddenly it didn’t seem that funny.

I remember walking to the Kings of Israel Square that night, still wearing my costume — a long, pink satin dress — with eye makeup streaming down my face. Thousands of people were there, already lighting yahrzeit candles. I called in to my editors at the Jerusalem Post and got my assignment for the next morning: Go to a school and interview kids about the shooting.

I chose a first-grade class, wanting to talk to kids the same age I was when JFK was assassinated in November 1963. I had just turned 6, and it was my first memory of something that happened outside my immediate family. I remember walking to school past the Catholic church on my corner, wondering whether the president was lying inside in his coffin. I knew he was Catholic — my parents had used that word — and I knew his funeral was in a church. Was he really there? It scared me.

The Israeli kids I spoke to in Tel Aviv were much more sophisticated. Was it the passing of 30 years, or do Israelis just grow up faster?

There were about a dozen children, 6 and 7 years old, gathered in front of a small TV, watching Rabin’s coffin as it lay in state. Did they know what they were looking at, the teacher asked?

One little boy raised his hand. “The prime minister is in that box,” he offered.

Another boy was covering his drawing paper with crisscross lines in heavy black crayon. “That’s the prison where the man who shot Yitzhak Rabin is sitting,” he told me.

At another table, a girl was drawing a picture of two children crying. She had been at the huge peace rally in the square with her father. “I remember when we sang the last song with Yitzhak Rabin,” she shared. “Then we found out he was dead. It was very sad. But I wasn’t frightened. The candles were very beautiful.”

Like many of these kids, her parents were politically active, and these youngsters understood a lot more than perhaps they needed to about why Rabin was dead. They knew he was shot with two bullets. They knew he was killed by a man who disagreed with his views.

One 6-year-old told me he was “sad in his heart” and that Rabin “was dead because he wanted to make peace with the Arabs, and the other man didn’t want it.”

Rabin’s assassination left a terrible wound on the nation. We didn’t know at the time how deeply it would scar, or what that scar would look like. Later that day, I interviewed a 16-year-old who, like most in the country, already sensed that something huge had shifted. But like many others, he got it wrong, believing the shooting was so awful, so beyond the pale, that it would bring Israelis together rather than drive them apart.

“I believe something will change in this country,” the teen told me. “I feel the people will unite because of it. I feel that peace is even more important now that Rabin is dead, and we have to show that determination to the world. 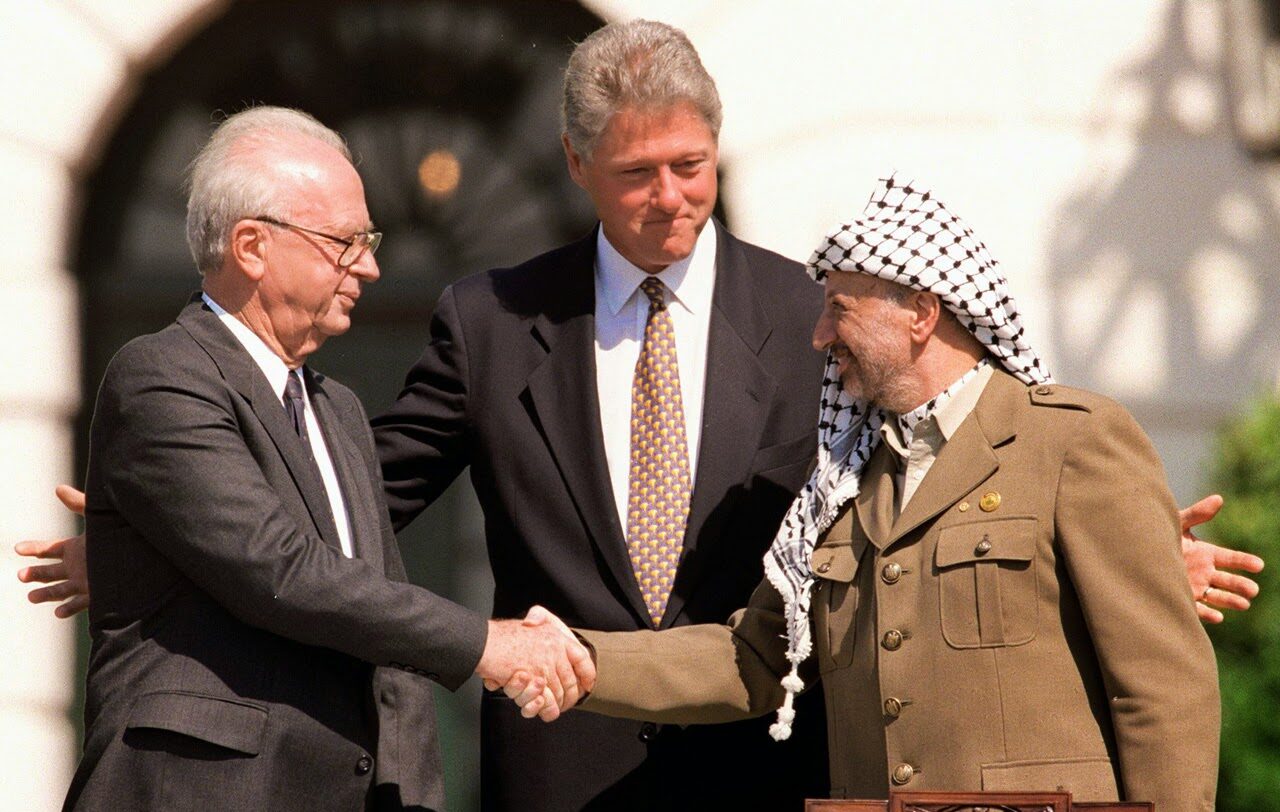