Trans is trending. In 2015, transgender people have been portrayed on television series, talk shows and magazine covers.  Lives that a mere 10 years ago were all but invisible are suddenly in the spotlight. Despite this startling increase in visibility, the realities of poverty and discrimination have not changed much for most trans folks who are not ex-Olympians. Rates of violence against the transgender community are actually rising exponentially. This is a high-stakes moment for transgender people: We desperately need our spiritual communities to be places of sanctuary, advocacy and welcome.

Last week, the Union for Reform Judaism passed a groundbreaking resolution on the rights of transgender and gender nonconforming individuals. As the first two (and, up to now, only) openly transgender rabbis ordained by the Reform movement, we applaud this far-reaching resolution. We are proud that its measures, if implemented, would dramatically improve the quality of life for many transgender Jews.

The coming months and years will be the true test of our commitment. Are we willing to make the hard decisions necessary to actually implement these changes? Will the flagship institutions ensure that they all, themselves, have gender-neutral bathrooms, and that their membership forms reflect more than two gender options? Will we make sure every Jewish camp has a comfortable bunk for transgender kids? Will congregational leaders speak out when yet another transgender person of color is murdered? Will Hebrew Union College (the Reform movement’s seminary) support their gender nonconforming students in the face of congregational objections?

Will we prioritize training our teachers to celebrate — not tolerate — gender diversity, and to speak about it openly and comfortably? Will the URJ dedicate resources to training rabbis and rabbinical students in meeting the needs of transgender and gender nonconforming individuals in times of illness, grieving and dying? Transgender people are often denied medical care due to our gender, humiliated by being called by the wrong name or pronoun in hospital and hospice, denied a respectful burial. Transgender Jews are also becoming b’nai mitzvah, raising children, learning Torah. We need a caring Jewish community that can see our fullness of being at all points of our lives.

Some Reform institutions, especially those with particular LGBT outreach, have already done admirable work to embrace their gender-nonconforming and trans members in times of both celebration and pain. Some new liturgies and practices have slowly begun to be adopted by the wider Reform movement. The work has begun, but broad and deep change is still to come.

We want to believe that people can go directly from oppression to celebration, but as Jews, we know that’s not how it works. It took a generation in the desert to begin to heal from slavery in Egypt. There are generations of transgender people who have been locked out of Jewish congregations and community, some of whom took their own lives in despair. We are the desert generation. We have scars. In order for the URJ’s resolution to become real, we must grapple with the real impact oppression has had on trans communities, and acknowledge where we are still falling short in truly welcoming all Jews.

We must be honest that while we have made huge strides in the acceptance of lesbian, gay and bisexual Jews, those who look “different” — butch women, effeminate men, or just people perceived as looking “inappropriate” — still struggle to find acceptance in many Jewish institutions. Furthermore, while there are growing numbers of trans-masculine people in leadership in the Reform movement, transgender women are currently much less visible. This has much to do with misogyny, and speaking honestly about transgender inclusion means talking about women’s leadership as well.

We also need to begin to talk about socio-economic class. The latest national surveys report that transgender people, compared with the average American, are four times more likely to live in poverty; 90 percent experience job discrimination; almost one in five are homeless at some point in their lives. If we succeed in welcoming transgender people, we will be welcoming many other things into the pews as well:  the realities of poverty, violence and systemic transphobia. What changes do we need to make to embrace Jews who may have untreated mental or physical illnesses, exacerbated by decades of insufficient medical care — whether they are transgender or not?

It is not enough to be hospitable to the few trans people who can afford to present themselves exactly as they like, or can afford to pay for whatever Jewish activity they wish to participate in. It is not enough to welcome trans Jews who appear like the two of us do — those who seem to be “just like everyone else” because they have professional jobs, or high levels of education, or appear to have no history of addiction or mental illness. Statistically speaking, the two of us are extraordinarily lucky trans people, and countless mentors helped us get to where we are today. Most trans people have difficult lives, and may have been treated with very little dignity in previous Jewish settings. Many are angry with the Jewish community, and with good reason. Some are angry at God.

Real inclusion will require rigorous self-reflection. Much of the time, our communities are content with the appearance of diversity, because the real thing is messy. It makes people uncomfortable. It takes time, resources and guts to do it well. We hope that our movement and its institutions will prioritize that time, those resources, that courage. The time has come, and it is well worth it. When we support the autonomy and dignity of trans people, we make our Jewish communities more dynamic and more supportive for everyone.

After all, consider the core spiritual questions that often frame a transgender journey: “Who am I?”; “What am I really called to be and to do?”; “How does my inside match my outside?” These are questions with which all humans grapple. Welcoming transgender people opens up pathways for growth for all of us, and creates space for everyone to bring our authentic selves, and our messy, liberating realities to our Jewish lives.

The URJ, and the entire Jewish community, now has an opportunity for true leadership: by beginning the brave and untidy process of pressing through the wilderness in search of healing, justice and real inclusion — the kind that requires a lot of action and very few words. This resolution is an excellent first step. Whether this step will ignite serious change is up to us. The way through the desert is never easy, but it is always worthwhile, and we have done it before. We hope, fervently, that our Reform movement will choose to lead the way.

Rabbi Reuben Zellman is the director of music at Congregation Beth El in Berkeley. Rabbi Elliot Kukla is a rabbi at the Bay Area Jewish Healing Center in San Francisco.

J. covers our community better than any other source and provides news you can't find elsewhere. Support local Jewish journalism and give to J. today. Your donation will help J. survive and thrive!
Support J.
Rabbi Reuben Zellman 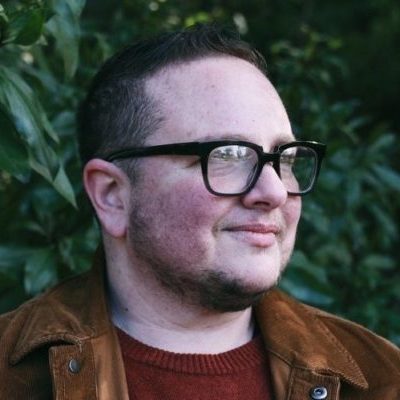 Rabbi Elliot Kukla is a rabbi at the Bay Area Jewish Healing Center in San Francisco. He provides spiritual care to those who are ill, dying and bereaved.