Dan Kurzrock grew up in a typical Jewish household where food was never wasted. So by the time the Burlingame native developed a serious beer-brewing habit as a student at UCLA, he was confounded by what to do with the pounds of spent grains used in the process.

For every 5 gallons of beer he brewed, he was left with 15 to 20 pounds of leftover grain.

“I was living in a fraternity house where I didn’t have a yard or compost service,” said Kurzrock, now 26. “It smelled great, so I tried it, and it tasted kind of like oatmeal.” He thought about ways he could turn it into an edible, and came up with bread. His business model: Bake loaves with the leftover grain and sell them to fellow students to fund his next batch of home-brew.

When he began to have grander ideas about founding a company, he looked no further than UCLA classmate Jordan Schwartz. The two had a long history before college: They met in Hebrew school at Peninsula Temple Sholom.

“We grew up in the same community, going on the same ski trips, and attended the same high school,” Kurzrock said. “It was a very tight-knit community.”

Together, the pair founded the San Francisco-based company ReGrained in

2012, making granola bars out of the grains used in beer-brewing. Last month, they completed a crowdfunding campaign that will allow them to increase production and further develop their product.

Kurzrock serves as the business mind of the company as “executive grain officer.” Schwartz, 25, is the “chief grainmaster” and does the recipe development.

Schwartz was born in Germany, close to the Brewery Weihenstephan — the world’s oldest commercial brewery, he noted — while his father was there working for Texas Instruments. He came to Burlingame as a baby and recounted developing an interest in food at a young age. The non-Jewish family on his mother’s side is Southern, and he said his grandfather put on elaborate Cajun feasts for the holidays.

“As a little kid, those times were special for me,” Schwartz said. “They put food in a special place in my heart early on.”

After college, he got into managing food businesses in the Mission. “I really loved being part of sustainable and local food culture,” he said. “Working with chefs and learning from them, that’s always been something important to me professionally and personally.”

When it came to working together on ReGrained, Kurzrock said the fact that both of them attended Jewish camps — he went to Camp Newman in Santa Rosa and Schwartz to Camp Tawonga near Yosemite — gave them a similar outlook.

“Social action and sustainability are an integral part of our value system and were taught to us as part of tikkun olam,” he said.

Echoed Schwartz: “Jewish summer camp definitely shaped who we are. It’s why we care so much about what we can do for our world.”

Kurzrock said the fact that their values line up is one of the reasons they’ve gotten to where they are now. “We’re both inspired by this idea that a business should solve a real problem and do it as a for-profit business, but that it should combine an opportunity to do good at the same time,” he said.

ReGrained has partnered with several local breweries, taking some of the waste off their hands, though Kurzrock described it as “only a drop in the bucket” of what breweries leave behind.

The grain used for beer brewing consists of both protein and dietary fiber, making it an excellent food source, Kurzrock said.

The company makes two varieties of granola bar: honey almond IPA and chocolate coffee stout. This year, the owners said they hope not only to improve on their recipes and packaging, but to introduce flour and baking mixes to the market, as well.

Ultimately, their goal is to make “this delicious, versatile, healthy and sustainable ingredient a pantry staple,” said Kurzrock. “The more products we can develop, the larger our opportunity to make a greater impact.”

“Brew Good, Bake Good, Do Good” is the company’s motto.

“We’re doing good in the form of taking some waste and turning it into a healthy, sustainable food,” said Kurzrock. “But as we grow, we’d like to be a player in our community, working with urban farmers and having more of a social mission beyond our core mission of reimagining beer waste as a resource.”

DIVINE DINNER: My husband likes to say that his wife “knows how to make with the pots and pans.” But at a recent Shabbat dinner at our home, our guests had the best food that’s ever come out of my kitchen — with a little help from some friends. And it couldn’t have happened without the Schusterman foundation.

Well-known in the Jewish philanthropic world, the Charles and Lynn Schusterman Family Foundation “seeks to ignite the passion and unleash the power in young people to create positive change for themselves, the Jewish community and the broader world.”

I was aware of it for years, since many people I know are “ROI-ers,” part of the foundation’s ROI Community of young Jewish leaders.

Still, when I was invited to its Harvest Gathering in Colorado in the fall, I wasn’t sure whether I could afford to take the time off or incur the expense (we had to pay our own airfare plus $200). My friend Emily Freed, one of the aforementioned ROI-ers, advised me to go.

I’m so glad I listened. Not only did I enjoy a packed two days of interacting with like-minded Jewish chefs, food writers and entrepreneurs from around the country (which I wrote about in my October column), but I also connected with people from the Bay Area.

Two chefs in particular I spoke to about future collaborations were Ezra Malmuth of the Bay Laurel Group, an Oakland-based catering company he founded, and Elianna Friedman, founder of the Bay Leaf Kitchen in San Francisco, a nonprofit that teaches cooking to kids (also the topic of a previous column).

To facilitate our collaboration, the three of us decided to apply for a “Make It Happen” grant from the foundation. Every so often, alumni of its programs are eligible for $1,000 microgrants to further their own education or offer some kind of experience to the Jewish community.  When our application was approved, we chose the latter.

We decided to put on a lavish Shabbat/Hanukkah six-course meal, complete with wine and beer pairings. Rather than inviting friends, we chose to re-create the best part of our Harvest Gathering experience by bringing together local Jewish food professionals, many of whom I’ve gotten to know through my food column.

We asked each guest to contribute to Share Our Strength, an organization that fights childhood hunger.

Most arrived not knowing anyone, but the group connected instantly. We each shared how we got interested in food and how we got to what we’re doing today. I considered it a Hanukkah miracle that we didn’t have a single guest with any dietary restrictions, no mean feat with 14 people, all but one Jewish. They enjoyed such dishes as sea bass crudo with kohlrabi and citrus, and beer-braised 18-hour short ribs with Tokyo turnips and sautéed Swiss chard.

Earlier, while shopping for the event, Ezra, Elianna and I wondered whether it wasn’t a bit crazy for a Jewish foundation to give us such a generous budget for one dinner. But, as it turns out, this wasn’t just dinner; it was the promise of something meaningful. And it’s the sense of community this event created that I’m still kvelling about.

Everyone stayed to the end, with email addresses exchanged all around. One guest later wrote to me about four or five potential collaborations with people she never would have met otherwise. She also said she hadn’t felt at home in the Jewish community for awhile, but with this group of people she did.

While food can be delicious and memorable, once it’s gone, it’s gone. But when we use food to create an experience, it becomes a vehicle for connection and has an enduring impact beyond the meal. Clearly that is something the Schusterman foundation understands. 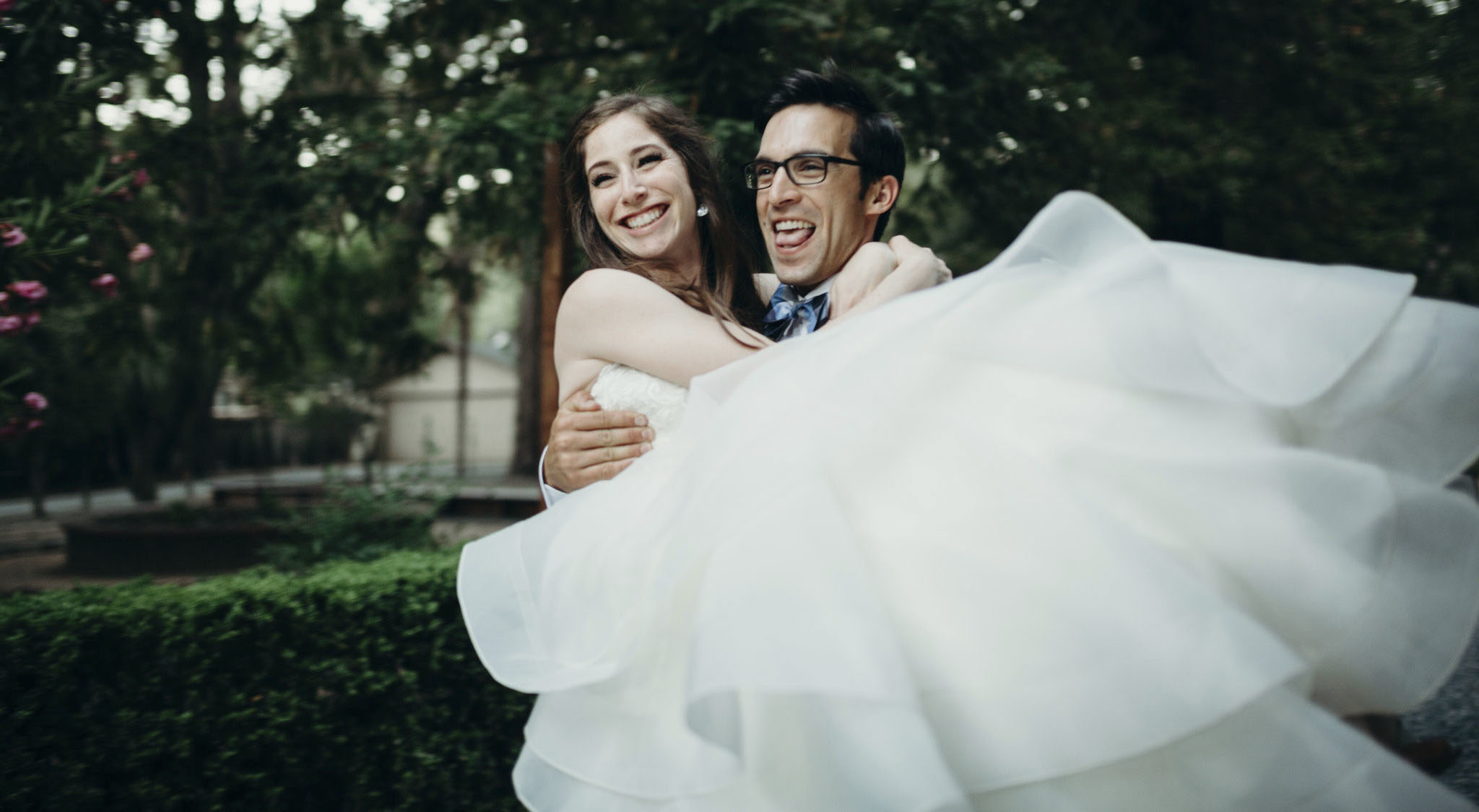