A stroll with women through an ultra-religious neighborhood in Jerusalem. A visit to an eco-farm in the Negev desert that benefits the Bedouin community. An unsettling trip to a Jewish community on the border with Gaza.

These were among the highlights shared by some of the 45 Bay Area Jewish leaders who recently returned from an 11-day mission to Israel. Their assignment: Study the art of community building as practiced by visionary Israelis.

The March trip was packed with meetings, tours and workshops throughout Israel, from the Old City of Jerusalem, to the northern border with Lebanon, to the dangerous border with Gaza.

A stop at Rimon Crater in the Negev photo/steven ganz

The mission was conceived and, together with the S.F.-based Jewish Community Federation, funded by Varda Rabin, a native Israeli and Marin County resident who organized a similar trip 20 years ago. She felt the time was right to bring a new generation of local leaders to Israel.

“The challenges now are different and much bigger,” Rabin said. “We are losing our young. People come one time [for a lifecycle event] and then they disappear. Some of our work is Teflon work. My goal in this trip was to create more of a Velcro society.”

Sarah Levin, executive director of JIMENA (Jews Indigenous to the Middle East and North Africa), said the trip offered the chance to develop relationships among her Bay Area peers. “Being outside of our comfort zones enabled us to connect in a way we wouldn’t have been able to [at home]. And we were exposed to so many amazing organizations and activists.”

Levin and her colleagues visited Israeli enterprises such as Project Wadi Attir, a sustainable farm built by and for the Bedouin community; Shaharit, which builds civic engagement at the grassroots level in four Israeli cities; and Ayalim, which promotes physical and social development of the Negev and Galilee regions.

One of the highlights for Levin came during a stroll with several other women through Jerusalem’s ultra-Orthodox Mea She’arim neighborhood, which generally does not welcome outsiders.

“It was a surreal experience,” she said, “guided around by a revolutionary feminist woman in the haredi community who is risking a lot to make some changes. We were not welcome there, to say the least. We had a man following us, screaming the whole time and trying to rally other men to corner us. It was scary.”

Beth Singer, co-senior rabbi at San Francisco’s Congregation Emanu-El, also saw the trip as “an extraordinary opportunity for leaders of different Jewish organizations to come together and bond.” To that end, she made sure to sit with different people on every bus ride or meal.

“In our day-to-day lives, we just get so drawn into our own work,” she added. “It can be difficult to get out and about. [The trip] really opened up a lot of doors to collaborative partnerships.”

Singer cited many highlights, including one that she called her most uncomfortable moment.

It came as the group visited Moshav Netiv Ha’asarah, located next to Israel’s border with Gaza. Singer said at first she wondered what the moshav residents were trying to prove, endangering their children by living within rocket distance of Hamas terrorists.

After the tour, her thinking shifted.

“I thought to myself, they’re inside Israel, living in undisputed territory,” Singer said. “They’re so brave and courageous. Why shouldn’t they be living there — just because Hamas doesn’t want them there?”

Lori Starr, executive director of San Francisco’s Contemporary Jewish Museum, lived in Israel many years ago and returns often. But this trip offered a different view of “what it means to create community and partnership” — something she sees as a “sacred responsibility” at home.

“As we visited these various communities and organizations that are taking all kinds of risks to break down barriers between people, we were inspired to come back and take similar risks,” Starr said.

Rabin, who named the trip the Irving Rabin Community Building Mission after her late husband Irving, wanted local leaders to see Israel as she does, as “the center of our spiritualty.”

“I felt we needed to bring this trip to a place [where participants] could be nourished by all aspects of Judaism,” she said. “The other reason is [that] Israel has all the innovations. On this trip we didn’t go to help Israel. We came to build and be built by her.”

She said she knew early on the mission would be a success when she noticed participants going out of their way to get to know their peers.

“I’d never been on a trip that did not have cliques,” Rabin added, “but I felt on this trip that everyone was interested in meeting everyone. The most beautiful feeling was that we all felt we are one.”

Federation CEO Danny Grossman credits Rabin’s “inspiration and generosity” for much of the trip’s success.  Ultimately, he said, the participants made the mission work by focusing on learning from each other, and from those they met along the way.

“The intention was to open our hearts to each other and the Israelis we interacted with,” Grossman said. “That really happened.” 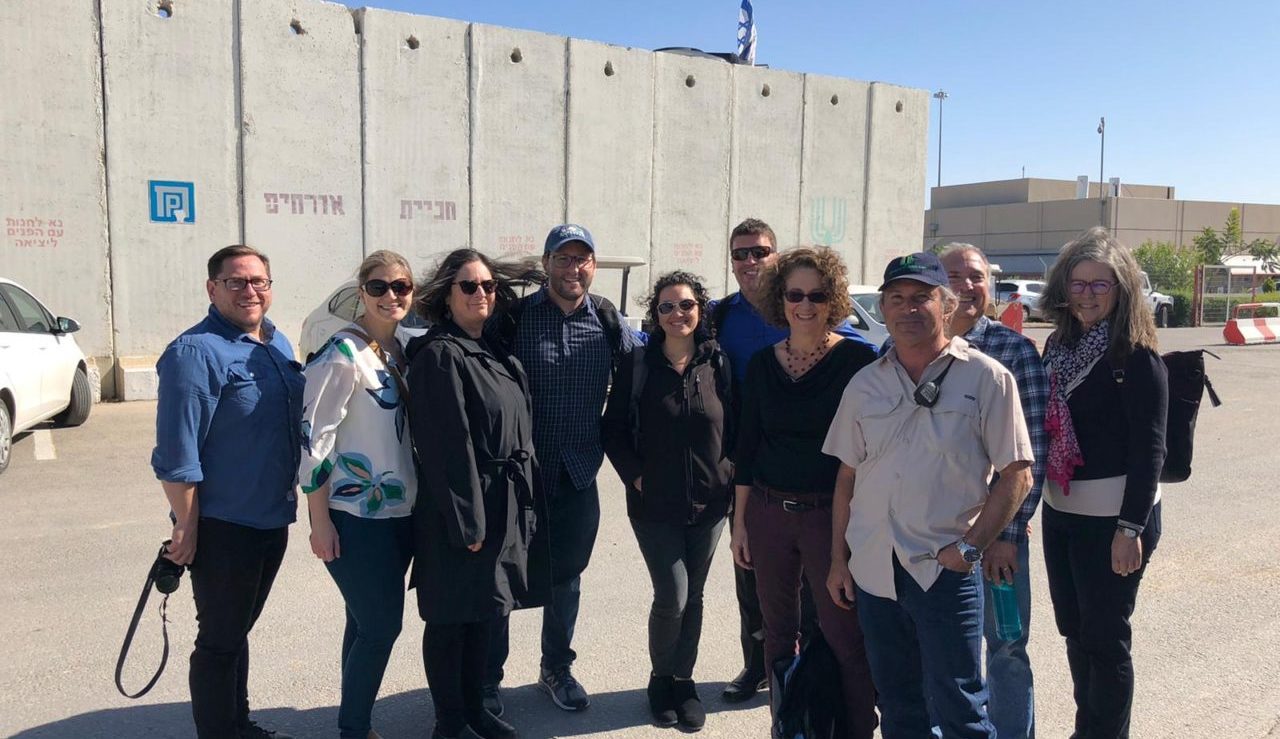