In India, leading by example a historic first for women

I had been invited to present papers at two seminars in Bangalore, India — and next thing I knew, I was about to become the first woman to lead services at the Judah Hyam Synagogue in Delhi.

According to legend, the first Jews reached India during the time of King Solomon. While there is no written evidence, if you ask an Indian Jew you will find that this legend is considered history.

There were a number of other Jewish migrations over the centuries, including at the time of the destruction of the Second Temple and the Spanish Inquisition. But most Indian Jews moved to the West or to Israel in the 1950s. Only seven or eight Jewish families remain in Delhi, according to the synagogue’s website, with regular services held on Friday evenings, as well as holidays including Shavuot and the High Holy Days.

When I contacted Ezekiel Malekar, head of the synagogue, to let him know I would be visiting India and would like to attend a service, he invited me to lead it.

A couple of days ahead of time, I met Ezekiel to pick up a siddur so I could prepare. “Shalom!” he greeted me. “I thought you were a man!” I laughed, thinking he was joking, but he was serious. When he received the email from a rabbi, he assumed it was a man.

Ezekiel invited me to give the d’var Torah that Friday evening and explained that a man would lead the service; while women are counted for a minyan, only men lead services. But when I returned shortly before Shabbat, Ezekiel told me I would in fact be leading the service, and that it would also be attended by a group of American tourists.

A cemetery is located next door to the synagogue. Before Shabbat, members of the American tour group visited the grave of Lt.-Gen. J.F.R. Jacob, who died in January, and recited El Malei Rachamim, the prayer for the dead. Jacob was a decorated officer of the Indian army and later served as governor of the Indian states of Goa and Punjab.

After candlelighting on the synagogue patio, we entered the sanctuary. The ark holds three Sephardic Torah scrolls, with a curtain dedicated by the first Israeli ambassador to India. There is a raised bimah a short distance from the ark, as one finds in many Orthodox synagogues. The rest of the space is filled with seats. Glass fixtures hang from the ceiling, some with electric lights and others with oil lamps.

The congregation worships from a Spanish Sephardi siddur and the ArtScroll Sephardi siddur. Men and women sit together, although some sit separately.

I was concerned that Orthodox male colleagues who were present would be uncomfortable with a woman leading, so I invited them to lead the service instead of me. They declined. Of course, it was an honor, and my Ashkenazi melodies turned out to be very welcome. But out of sensitivity to others I was still determined to share the leading during the devarim shebik’dushah, a category of some of the most holy prayers, such as Bar’chu and Kaddish.

I invited Ezekiel to stand with me and help. He smiled and agreed, telling me he would step in occasionally when there was an Indian melody.

Ezekiel insisted I lead Bar’chu, but I insisted he lead the second Bar’chu toward the end of the service, which is a Sephardi custom. Ezekiel chose a different male member of the congregation to lead each Kaddish, and they did it beautifully. I gave the dvar Torah, which I dedicated to all the members of the synagogue.

In the buffet line before dinner, an Indian congregant in a beautiful sari approached me and said, “I hope women will be doing this. This is very important for women to be doing.” I assured her that there are many women who lead worship and give divrei Torah. She was pleased, and I was humbled.

The following Monday was my last day in India. I phoned Ezekiel and told him I would be writing a story for our local Jewish paper. He was very pleased. “Was I really the first woman to lead?” I asked, my voice quivering. “Yes!” he said. “Yes, you were the first woman, and I am still getting calls from people. They really liked it.”

I gave thanks for the richness of the experience. Then I donned my tallit and tefillin, went out onto patio of my Delhi room and prayed the morning service.

Rabbi Pamela Frydman is chair of the executive committee of Rabbis for Religious Freedom and Equality in Israel. She is the author of “Calling on God” and co-leads the interfaith effort to help Assyrian Christians and Yezidis facing genocide at the hands of Islamic State. 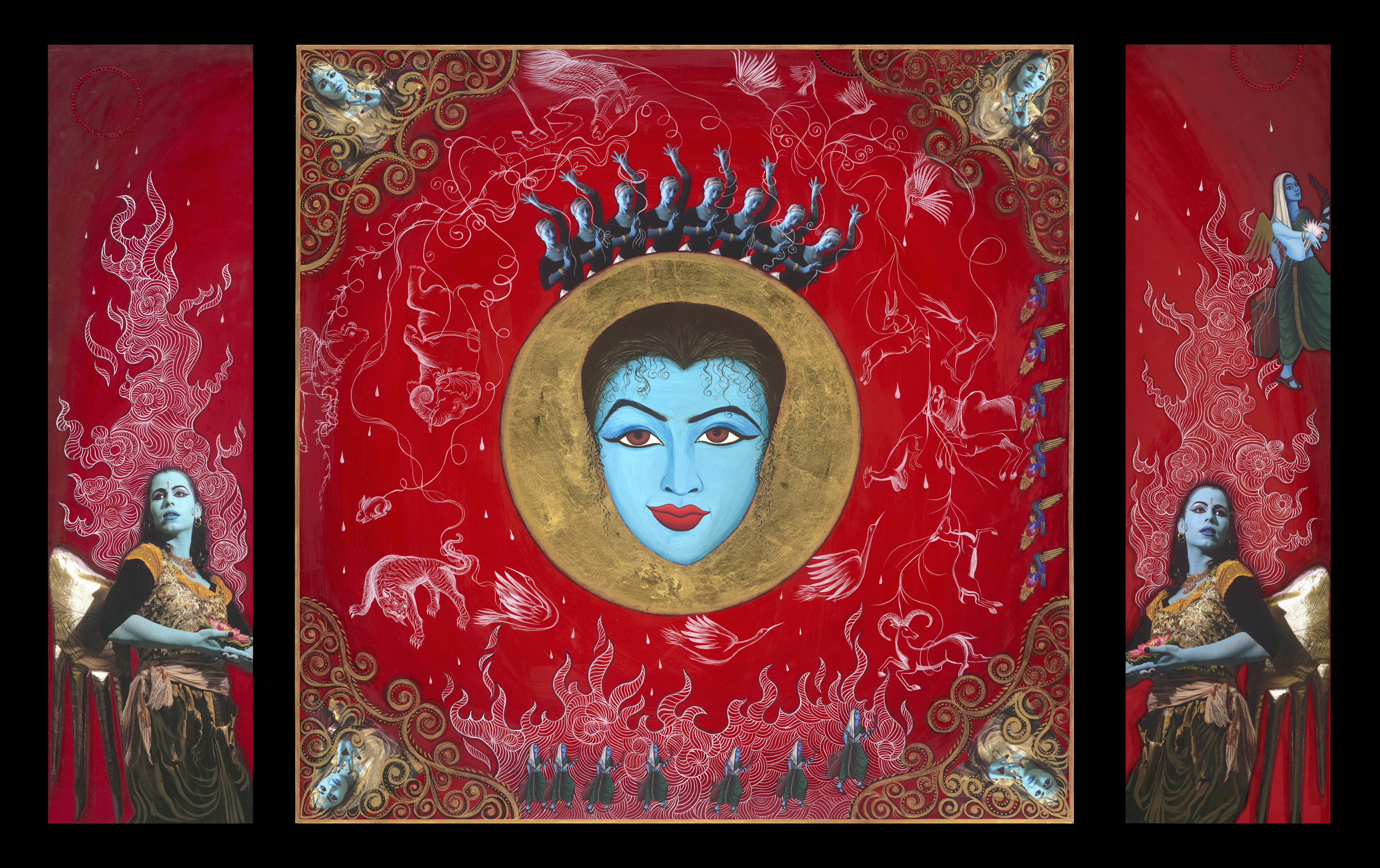