When Aram Hava called his father in Israel to break the news that he had gone into the medicinal marijuana business with a line of edible treats, his father had only one question: “Are they kosher?”

It’s something Hava and his business partner have thought about a lot. In fact, it’s so important to them that they are pursuing kosher certification from a local agency.

Hava and Ezra Malmuth, both 28, met as students at Jewish Community High School of the Bay in San Francisco, and are now partners in Sababa Snacks. They hope their strong Jewish backgrounds — both grew up in kosher homes — will help their company become the first to bring a kosher edible product to the local market. They believe this is something the observant community wants.

“A friend asked if our products were kosher, because he has a bunch of friends who want to consume on Shabbat, but they won’t smoke,” said Malmuth. “And some won’t take edibles without the hechsher [certification], even though it’s considered a medicine.”

While the Orthodox Union in New York recently began giving such hechshers, the process is expensive. That’s why Sababa is going the local route.

Sababa Snacks uses only kosher ingredients that are parve and gluten-free. The square-shaped clusters come in three varieties: dark chocolate pecan and hazelnut, caramel cashew and apricot, and molé spice with cacao and pumpkin seeds. The fact that Malmuth is a chef by training means these are some seriously tasty snacks; it’s easy to forget there’s pot in them. That might be a mistake. Each package contains four clusters, with 20-milligram doses of THC per cluster (the product is lab-tested to regulate dosage).

Neither Hava, who grew up in Jerusalem until he came to San Francisco at 15 (he now lives in Oakland), nor Malmuth, a Berkeley native who grew up attending the Orthodox Congregation Beth Israel (he’s still in Berkeley), fit the image of someone in the marijuana trade. They’re both clean-cut, and while sometimes they do need to test their product, Hava doesn’t smoke at all and rarely drinks, while Malmuth is a user only occasionally.

They say they are outsiders in a market that is rapidly changing as more states embrace legalization. Medical marijuana is already legal in 24 of them.

The idea for the business came to them last year, at a time when “we were both working jobs that weren’t letting us express ourselves in the way we wanted,” said Hava. “We felt locked in, and missed that ability to be creative.”

Tracing the evolution of their business, Hava recalls hearing about a prominent venture capitalist investing heavily in the edible market. Later, while having dinner with Malmuth, a former JCHS classmate and her family, the woman’s father shared that he, too, was an investor in  this emerging market. Soon after, another friend’s father who had been diagnosed with advanced prostate cancer shared his regimen, which included large amounts of medicinal marijuana.

Hava and Malmuth both got medicinal marijuana cards and began sampling the edibles on the market. They were less than impressed.

Malmuth, then executive chef at the Berkeley restaurant Lalime’s, started playing around at home on his own time, infusing marijuana into some of the dessert recipes. One that didn’t work especially well was granola, but that led to the idea of clusters.

Sourcing for Sababa Snacks product is done with a Bay Area sensibility, using only whole foods, many of them organic. The pot is also grown free of pesticides.

The Oakland-based company takes its name from the word “sababa” (Hebrew slang for “cool”), which Hava knew, of course, but was inspired to use when he heard it in a song by Hadag Nahash, the Israeli pop-funk band.

Each Sababa cluster contains a dose of medical marijuana.

“It’s a deliberately Jewish word, and that’s who we are,” said Hava, noting that “non-Jews who don’t know what it means think it’s a cool made-up word, while the Jews just chuckle. One woman heard the name and started talking to us in Hebrew, which was the whole point. We’re bringing some good vibes into the project.”

So far, Sababa Snacks (www.sababasnacks.com) are carried in about 10 dispensaries in the Bay Area, with plans for a delivery service to start soon. Hava and Malmuth say they are having a hard time keeping up with demand.

Even if recreational marijuana becomes legal in California come November, pot use of any kind is still illegal on the federal level, and Malmuth and Hava regularly consult with their lawyer to make sure they are doing everything by the book.

“I don’t want to have a negative stigma attached to me,” said Hava, who has been a CFO of two companies, “but I also want to make it clear that I’m bringing that same level of seriousness into this industry.”

Malmuth, too, said his parents’ main concern about his new line of work was fear that he might end up in jail. But he feels the unsavory reputation associated with the industry is changing. Even his grandmother joked that she would give the snacks a try if they’re certified kosher.

While both initially were hesitant to share with people what they’ve been doing the past year, they described the process as their own kind of “coming out.” With historic changes at hand, Hava said, “We don’t know if we’ll ever see a prohibition end again in our lifetime.”

As for their kosher quest, they note that being in the pot business has enough hurdles as it is, and they wouldn’t be after the hechsher if they didn’t truly believe in it.

Said Malmuth, “Seeking kashrut certification is a way to contribute back to the community that’s given so much to us.”

SMALL BITES: Since opening almost a year ago, Oakland’s Ba-Bite has quickly become one of my favorite places to go for exceptional, reasonably priced Middle Eastern food, and judging by the critics’ praise of the place, I am not alone. Israeli chef-owner Mica Talmor is now going back to her roots even more and adding a brunch menu, with poppyseed babka French toast, gravlax and poached eggs on latkes, and other Ashkenazi fare. And, of course, there will be shakshouka. The brunch menu will be from 10 a.m. to 3 p.m. on Saturdays and Sundays, with most of the regular menu on offer as well, so if you haven’t tried Ba-Bite’s ethereal hummus yet, you can get a side of that, too. www.babiteoakland.com 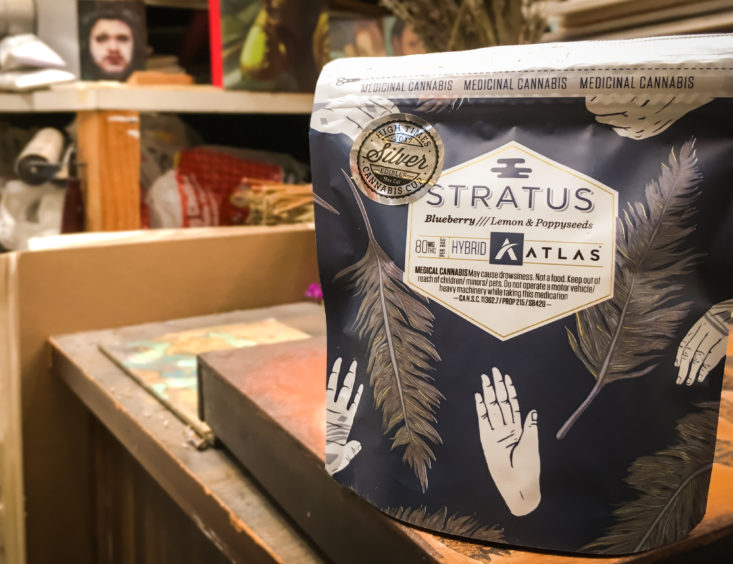