A Friday-night service last month began as so many others do in Berkeley, with a young man strumming a guitar and leading a group of people in wordless melodies, or niggunim. But then there was a shift.

The “ay-di-dies” gave way to traditional Kabbalat Shabbat songs, which were followed by yoga, which then moved on to what can best be described as high-energy dancing. One of the prayer leaders turned DJ as Hindu chants with a heavy bass line came from his laptop; meanwhile, a man in black jeans, black T-shirt and tzitzit rolled around on the floor. Some people improvised dance movements, while others sat quietly against the wall, eyes shut in contemplation.

In a region that boasts every variety of alternative prayer experience, this still stood out — a Shabbat service where many of the people attending were wearing leggings as an essential garment, including the two men leading it. In an interview, they referred to the gathering as “Hashtag Tallitot and Tights,” but it’s publicly known as SHUL.

After briefly beta-testing the concept among friends in a private home, they recently secured the boardroom of the Jewish Federation of the East Bay in downtown Berkeley to take it to a wider audience. Last month’s service, which included a potluck dinner, was promoted on Facebook and attracted the attention of those outside their immediate circle (about 25 attended).

The irony of such an alternative service taking place in such an establishment locale is not lost on its founders, Mikey Pauker and Yosef Rosen, who like the idea of bringing prayer to a building that, while serving as a central address for the Jewish community, is not ordinarily home to such alternative forms of ritual expression. Indeed, one could not help but be aware of the portraits of former federation presidents gazing down on the proceedings.

The idea for SHUL grew out of Shabbat services Pauker and Rosen led last year when they lived together in Oakland, as well as at the Milk and Honey Jewish camp at Burning Man. Those living room gatherings attracted about 50 people, Rosen said. “There are a lot of young Jews in their 20s who don’t really go to synagogue but are passionate about Jewish ritual and experience.”

Pauker, 31, originally from Orange County, grew up Reform, later studying in a Jerusalem yeshiva inspired by the teachings of Rabbi Shlomo Carlebach. His music is deeply influenced by Jewish mysticism. Rosen, 30, was raised Orthodox in New Jersey and is a graduate student at Cal, studying kabbalistic and rabbinic literature of medieval Spain and France. He also teaches adult education through Lehrhaus Judaica and Kevah.

Since moving to the Bay Area, Pauker has become a regular at “ecstatic dance” gatherings, while Rosen often DJs at parties and last year taught a multipart class at the East Bay Moishe House on “Aesthetics of Prayer.”

As a team, they are emblematic of the nondenominational approach that many young Jews find appealing. Yoga and DJ aside, the style of prayer is traditional egalitarian.

“There are a lot of people who want to pray but feel stuck. They don’t have the theology that’s necessary to sustain a traditional prayer practice but are still yearning for community, ritual and expressing what’s in their heart and soul,” said Rosen.

Pauker also feels that among mainstream Jewish traditions there is a stigma attached to more embodied approaches to prayer.

Though Judaism is grounded in the intellect, Pauker believes that once people feel more connected to their bodies they can better access and articulate true devotional prayer. “It opens a channel in your heart, because you’re moving that shefa or divine flow, and you have nothing in your mind, so what comes forth is pure heart,” he said. “I think that’s the whole point of Kabbalat Shabbat. It’s supposed to bring you there.”

SHUL is intended to appeal to beginners as well as those who are more seasoned at Jewish ritual. The words to the prayers are projected on the wall to free up bodies for movement. But what would bring someone to a Shabbat service when they can just go dance in a club?

“Every Friday night, people want to pray,” Pauker said of his contemporaries. “There’s a yearning for something, and I don’t know if the options out there are serving what everyone wants.”

“For a lot of people, having a conversation with God through language is very difficult,” added Rosen. “Especially in the Bay Area where there is such an emphasis on yoga, dance and meditation, people are finding other ways to pray. With words I’m praying someone else’s words, but when I’m dancing, I feel like I’m having a deeper connection with Hashem.”

Rosen and Pauker emphasized that SHUL is very much a work in progress, and that each time the service will be a bit different. They also are seeking partnerships and sponsors. The next gathering is at 6:30 p.m. Friday, May 20 at 2121 Allston Way, Berkeley. Buzz the Jewish federation button to enter. 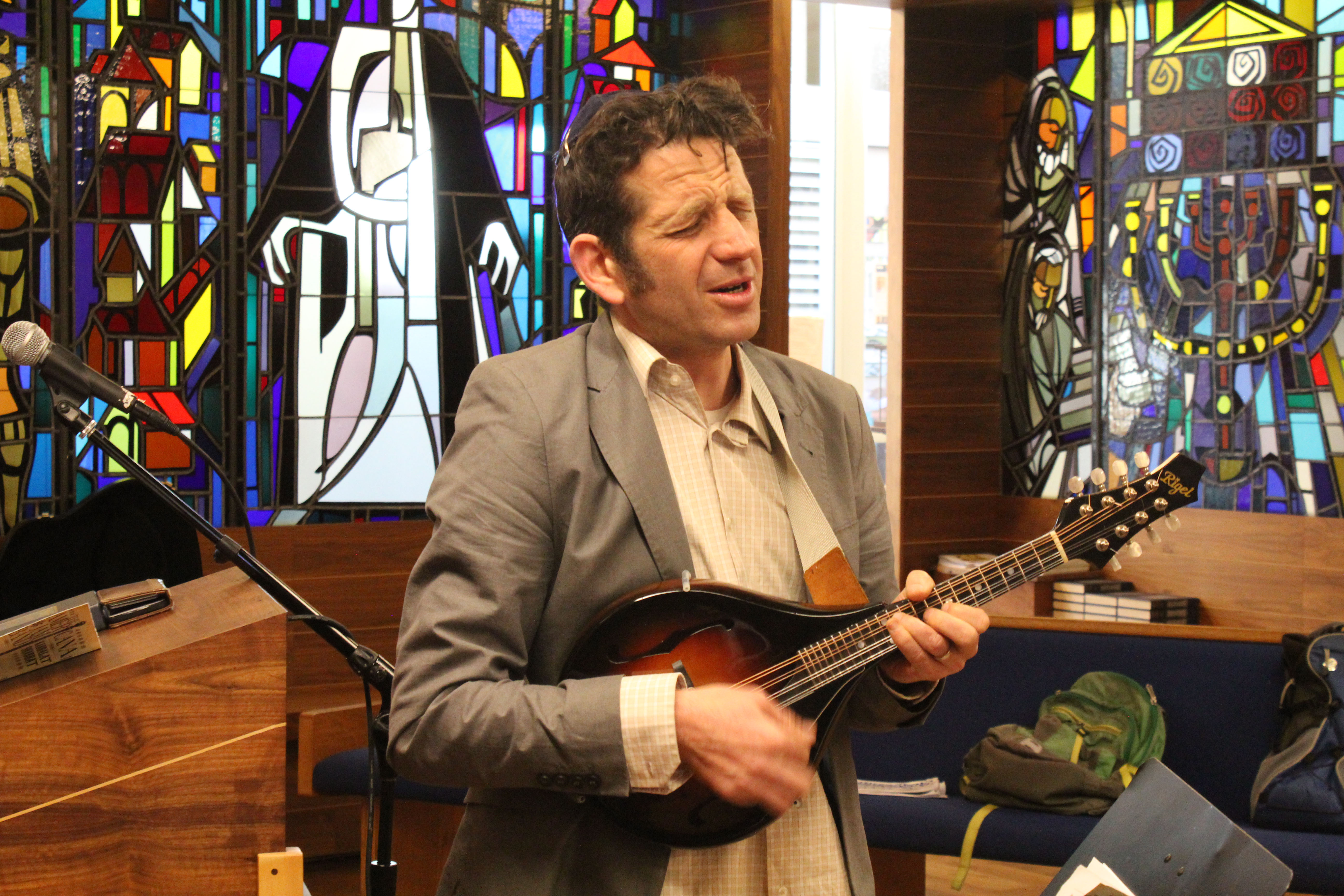