Jonathan Bernstein and his 23-year-old son, Elan, will pedal 800 miles in Israel next month to raise funds for Israel’s wounded veterans and Friends of the Israel Defense Forces.

The eight-day tour through Israel’s remarkable landscapes will take them from the country’s highest point (Mount Hermon) to its lowest (the Dead Sea) and finally to Tel Aviv, with stops along the way at several IDF bases. The second annual event is called the FIDF Cycling Tour of Israel.

Jonathan, executive director of the Bay Area FIDF chapter, and his son have been in training for a while, riding their bikes to work every day and doing 50-mile jaunts around the Bay Area on weekends.

Whatever funds they raise will be doubled, Jonathan said, thus their $7,500 goal (which they have already surpassed) would provide $15,000 to be used for a multitude of things, such as financial aid, PTSD rehabilitation and special prosthetics for injured soldiers. And there’s one more benefit, Jonathan added: It’s a terrific father-and-son bonding opportunity,

Benjamin Harris of San Francisco said he experienced a whirlwind of emotions in June when he biked with his parents, Lorraine and Steve Harris, also of San Francisco, from Auschwitz to Krakow.

Benjamin’s grandmother Celia Feldman, 93, miraculously survived Auschwitz; Krakow is where a JCC and other institutions are heralding a new life for Poland’s burgeoning Jewish community.

“Krakow is so close — just an uncomfortable 55-mile bike ride away,” Benjamin wrote in a letter thanking his supporters.

The Harrises raised $3,182 for the 2016 Ride for the Living, an annual fundraising event to both remember Jewish history and to support the rebirth of Jewish life in Poland. In the thank-you letter, Benjamin wrote, “We proclaim that we will never forget … But what the JCC in Krakow has built is a community that proclaims to ‘always remember.’”

Two days before the curtain went down on the 2016 San Francisco Jewish Film Festival, writer-director-producer James Schamus was on hand at the Smith Rafael Film Center in San Rafael for the festival’s screening of his film “Indignation,” which is based on a Philip Roth novel.

Schamus, 56, who is known for producing “Brokeback Mountain,” “Crouching Tiger, Hidden Dragon” and other hit films, told the audience that Logan Lerman, the star of “Indignation,” is a nice and sort of naive Jewish boy — just like the character he plays in the film! The Detroit native also said that the Kaddish scene in the beginning of the film was a tribute to poet Allen Ginsberg; Ginsberg’s aunt, he learned, was author Roth’s high school English teacher in New Jersey.

Michael Krasny, longtime host of “Forum” on KQED Radio, has a new book: “Let There Be Laughter,” which is subtitled “A Treasury of Great Jewish Humor and What It All Means.” A book blurb penned by author-humorist Dave Barry notes that “Krasny is that rare writer who can explain humor without ruining it.” The book will officially come out Sept. 27, but you can order it now online … It was Hank Greenwald Day, replete with bobbleheads, at the San Rafael Pacifics’ July 29 home game at Albert Park. The 81-year-old former San Francisco Giants broadcaster and S.F. resident retired in 1996 after calling 2,798 consecutive games … Evie Groch of El Cerrito won best in show at the Alameda County Fair for her poems “Curtains,” “Fading” and “Leaves on a Stone Fence.” The first won a gold medal, and the other two received silvers. 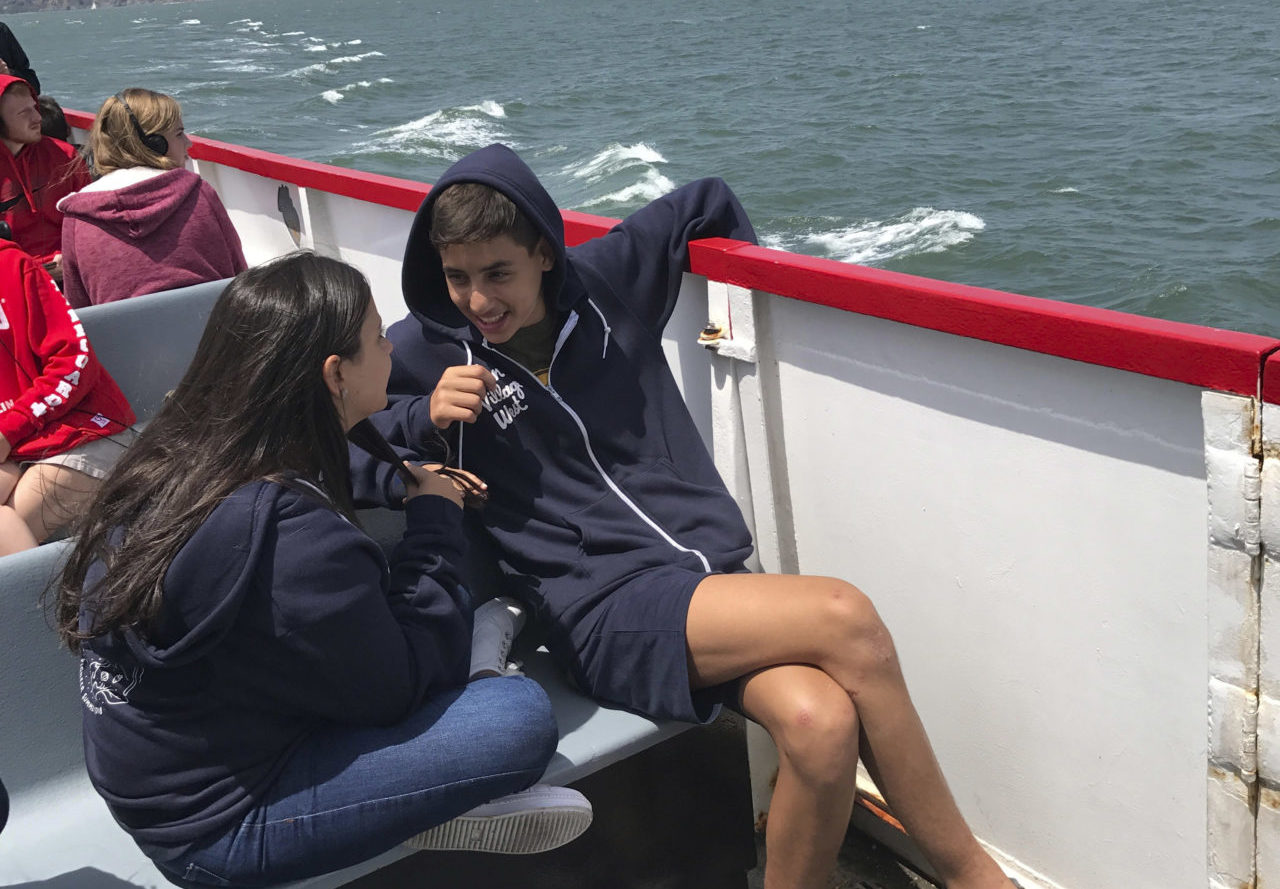