A Tony Award winner for outstanding regional theater, the Berkeley Repertory Theatre, with two stages and a school, has grown from a storefront stage launched in 1968 to a nationally renowned arts organization. It presents new works, nine of which have gone on to Broadway, and often puts its own spin on classic dramas and musicals.

TheatreWorks Silicon Valley, which presents plays in Palo Alto and Mountain View, has launched its 47th season, serving some 100,000 patrons annually. In addition to its eight-play season, which features dramas and musicals, as well as U.S. and regional premieres, it hosts a summer New Works Festival, plus camps for kids and workshops for adults.

The 50-year-old Marin Theatre Company, based in Mill Valley, produces a six-show season of provocative new plays by American playwrights, including at least one world premiere. It also offers a four-play series and classes for young audiences. It awards annual prizes for emerging playwrights and new works.

In a building that architect Daniel Libeskind adapted from a power station, San Francisco’s Contemporary Jewish Museum strives to reflect the spectrum of the Jewish experience, not only in art but also in music, film, literature and science. Among the special events: “Night at the Jewseum,” drop-in studios for families and musical performances.

San Francisco’s Museum of Modern Art reopened this year with a 10-story expansion, tripling the gallery space to feature 260 postwar and contemporary works from the Doris and Donald Fisher Collection, as well as works from the permanent collection. It now offers free public access to ground-floor exhibits and free admission to visitors 18 and younger.

More than an art museum or a natural history museum, the Oakland Museum of California, with a collection of nearly 2 million objects, reflects California’s many cultures, in art, history and natural sciences. The gardens are free and open to the public during museum hours, offering a tranquil place for picnicking and relaxing.

Located in downtown Santa Rosa, the Museums of Sonoma County include an art museum and a history museum. This Smithsonian Institute affiliate displays loaned exhibitions from the iconic Washington, D.C., museum. The art museum exhibits contemporary works, including those by Northern California artists, and the history museum documents the region’s rich heritage.

The Peninsula JCC in Foster City is committed to exhibiting the works of Jewish artists as well as presenting work that explores Jewish values, themes and ideas. The gallery has shown artists from Israel, the Bay Area and throughout the country. A recent juried exhibit featured 114 pieces by 82 local artists, including mixed media, photography and handcrafted jewelry.

In downtown Mill Valley, Robert Green Fine Arts, in business for 47 years, focuses on post-World War II American modernism, primarily abstract works by artists that take advantage of “the sensual nature of color and form,” according to the website. 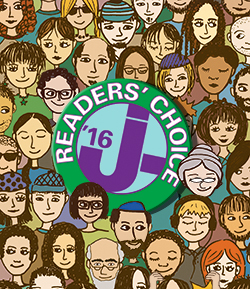