First came the noshes. Some two dozen seniors gathered around the snack table, sampling hummus and pita, cookies and baby carrots, while chatting away.

Then Barry Barkan, crowned with a jumbo green-and-white kippah, gradually maneuvered them into a circle, calling to order the latest meeting of the Elders’ Guild at the North Berkeley Senior Center.

“This is the moment our whole lives have prepared us for,” Barkan told them with a hint of urgency. “We have gotten wisdom about how to rise above our anger. Our work is to pull the blessing out of difficulties.”

Technically, he was referring to the proper response to the recent election of Donald Trump as the country’s next president, something that dismayed the decidedly liberal crowd. But his message could have applied to any circumstance.

As co-founders of the Elders’ Guild, which brings together East Bay seniors for companionship, discussion and activism, Barkan and hnis wife Debby promote “conscious aging.” It’s a mission to which he has devoted his 40-year career in elder care, up to and including now, when he, at age 74, is also an elder.

Founded in 2007, the Elders’ Guild started with informal gatherings every other Sunday at various East Bay locations. As Barkan saw it, the purpose was to serve as a “kind of Scouting movement for elders.”

“The design was to have three foundations,” he said. “Building community, cultivating our wisdom and championing the future.”

Barkan estimates up to 120 people affiliate with the Elders’ Guild. He chose the term because he views a guild as a “commonwealth in which people look after one another, and it always involves a mastery path. We’re developing a mastery path in eldering. Society needs elders engaging in every area of life, whether family relations, changing the world, managing our money or dealing with death.”

Tom Schultz and Marianne Robinson, a couple who have known Barkan and his wife, Debby, for many years, are Elders’ Guild regulars. Schultz, 77, admires Barkan’s innovative approach to eldering.

“He’s a mentor and a sage,” said the Berkeley artist. “Barry has [created] a lot of new ideas for older people, the community and the communal spirit he tries to promote.”

Robinson, 88, a one-time Greenwich Village folksinger, has known the Barkans ever since she moved to California in 1980. She enjoys the Elders’ Guild gatherings as a place to “come, share and get what you need.”

A New York native, Barkan came to California in the ‘60s, where he connected with Shlomo Carlebach and Rabbi Zalman Schachter-Shalomi, who pioneered the Jewish Renewal movement. Barkan became a founding member of the Aquarian Minyan, the Bay Area’s oldest Renewal congregation, and was later ordained by Schachter-Shalomi as a ba’al brachah, a master of blessings.

That defines the spirit he brings to his work with seniors. “It was a vision quest in which the vision chased me,” he recalled. “My life’s work is to restore the work of elders to the culture.”

That life’s work began in 1977 when Barkan and his business partner Bob Berke formed the Live Oak Project. The project sought to redefine elders as people “ still growing … still with potential … still in pursuit of happiness, joy and pleasure.”

Barkan and Berke took that credo into a long association with the former Home for Jewish Parents in Oakland, where they led discussion groups. At their first meeting at that senior care facility I(which later became the Reutlinger Community in Danville), Barkan asked residents how they saw themselves.

Barkan determined to start a movement to change the role of elders in the culture, as well as the nature of aging in society.

Among the innovations he instituted was ending the practice of ignoring when residents passed away, as if to mark the passing would upset the others. One resident told Barkan it felt as though their lives had no meaning if no one remembered them after death. From then on, with Barkan’s help, the residents instituted memorial services.

It’s an innovation he has urged all senior residences to adopt.

“We start by telling people we’re here to remember,” he said of the service. “People get up and speak about that person, how important it is to remember each person. Their life had value. Then we say a prayer, a Kaddish. And then we bless the community in the name of the person who just passed.”

Over the years, the Barkans opened their own facility, the Live Oak Living Center in El Sobrante, consulted numerous senior residences, and ran elder care workshops around the country and in Israel. They also co-founded the Pioneer Network of experts in the field, which still hosts an annual national convention.

Barkan still maintains his Live Oak Institute, the nonprofit he established in 1981 that supports elder communities, seeks to improve nursing home management and programming, and impact national policy on the topic.

At the Nov. 20 Elders’ Guild meeting, Barkan made clear to the room full of one-time peace activists that their involvement was needed now more than ever.

“There are so many opportunities for us to stand and to serve and to do,” he said. “This is what’s going to give us health and well being. The quintessence of Elders’ Guild is to interpret the path of spirituality and simultaneously be activists in the world.”

Then he passed the microphone around, making sure anyone who wanted to comment about the election had a chance to speak. People shared their post-election sorrow and fears, but some seemed determined to fight back.

“I want to change things,” said one woman. “We’ve got to do something. We have to have hope.”

Though the guild is open to all, Barkan’s Jewish bearing comes through. His mentor, Schachter-Shalomi, once pushed him to become a rabbi. But Barkan declined, preferring to bring the Renewal ethos, one he dubs “neo-Hasidic,” into his daily work.

“It’s about legacy,” he said. “It’s about taking the years we have to ensure that the legacy we leave for future generations sustains them and sustains the Great Mother, the planet. Elders really are about the future.”

For more information about the Elders’ Guild, see www.eldersguild.org. 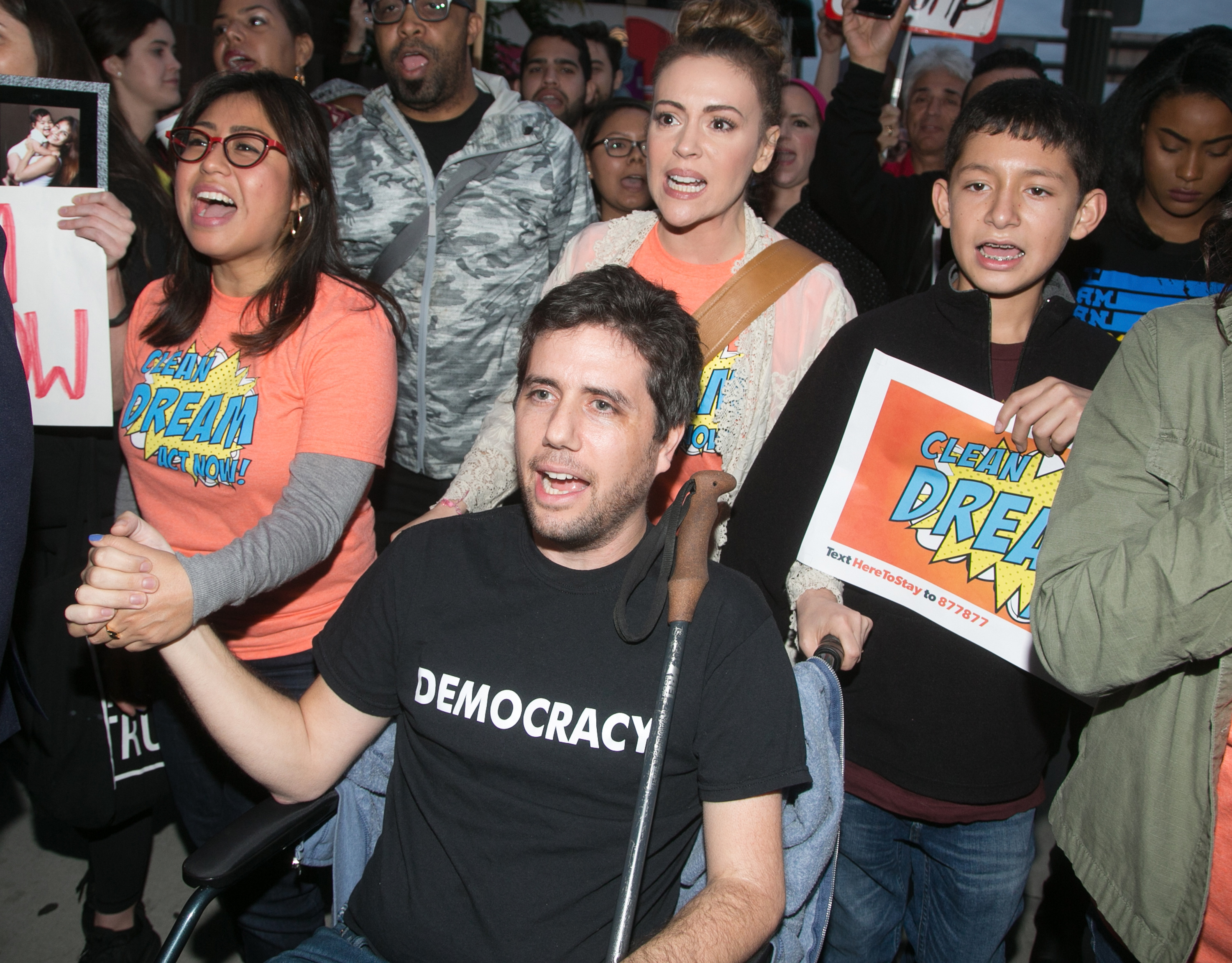