From sea to startups, Tel Aviv is new ‘aliyah capital’

Meet Daniel Rubin, in many ways the new face of aliyah.

Originally from Los Angeles, Rubin, 27, moved to Israel a decade ago to study at a Jerusalem yeshiva. In the following years he served in the Israeli army and bounced back and forth between Israel and the United States for college and work.

But in November, he and his wife made aliyah. They settled in Tel Aviv so he could found a startup and they could enjoy the coastal city’s Mediterranean lifestyle. The couple was among about 3,000 new immigrants who made this city home in 2016, helping Tel Aviv earn the title as the “aliyah capital” of Israel for the third straight year.

As the wave of immigrants from the former Soviet Union has ebbed since the 1990s, aliyah has reached historic lows. Among those who have continued coming, a greater ratio have been from Western countries, and they have been more likely to choose to launch their Israel experience in big cities. Tel Aviv, the nation’s cultural capital, is now the favorite destination.

“Israel rescued millions of people from disadvantaged societies in Muslim countries and Eastern Europe,” said Sergio DellaPergola, a preeminent scholar of Jewish demography and migration. “But today, diaspora Jews are overwhelmingly free people, mostly employed and mostly urban. There are no more … persecuted Jews in ghettos, and therefore the whole migration balance is totally different. Aliyah is voluntary and based on Israel’s capability to offer employment and a good life.”

Israel was largely built by Jews escaping persecution. In the 19th and 20th centuries, Russian pogroms, European anti-Semitism and Nazi persecution populated pre-state and early Israel. The country’s Jewish ranks swelled with consecutive floods of Jews fleeing the Middle East from the 1950s, Ethiopia from the 1970s and the former Soviet Union countries from the 1990s.

In recent years, anti-Semitism in France and war in Ukraine have contributed to another uptick in aliyah, with Russian immigration hitting a 10-year high in 2016. But the broader trend since the early 1990s is downward. Aliyah from the former Soviet Union has largely run its course — after bringing almost a million immigrants to Israel — and overall numbers have reached lows only seen before in the 1980s, data from Israel’s Central Bureau of Statistics shows.

Meanwhile, immigration to Israel from Western countries — mostly Europe and the United States — has remained relatively steady. Therefore, new arrivals from the West now account for a much larger percentage of the total.

And apparently, Western Jews prefer big cities. Since 1989, no Israel city has attracted more than 4 percent of new immigrants, with Tel Aviv — which is Israel’s second most populous city after Jerusalem — getting just 3 percent. But in 2016, Tel Aviv was the destination for 12 percent of new immigrants. The next three most popular cities were Jerusalem (10 percent), Netanya (9 percent) and Haifa (8 percent), according to the Ministry of Immigration.

Israel weathered the global recession better than most countries, and Tel Aviv is its financial and business center. The Israeli economy has grown by an average of nearly 4 percent annually over the past 13 years, and unemployment has fallen almost to 5 percent.

Much credit goes to Israel’s startups. According to Tel Aviv’s municipal government, the city is home to about 1,450 of the country’s 5,000 early-stage companies, which is more than one startup for every 300 residents — the highest ratio of any city in the world. Many of those startups look to reach the international market, providing plenty of jobs for native English speakers.

Groups that seek to attract young people to Israel have recognized the opportunity. Birthright Israel, which brings young Jews to visit the country free of charge, started an entrepreneurship program last year in Tel Aviv called Excel Ventures. And Nefesh B’Nefesh, the aliyah services provider, is opening a new office in the Tel Aviv this month to cater to the growing number of American, Canadian and British immigrants.

In interviews with people who had recently made aliyah to Tel Aviv or were considering it, the city’s startup scene and liberal, cosmopolitan lifestyle were cited as the biggest draws.

What those interviewed seemed to most appreciate was Tel Aviv’s lifestyle — the cafes, the nightlife and the beaches, plus the prevalence of English speakers. Tel Aviv boasts 1,748 cafes, bars and nightclubs — one for every 230 residents — along with some 1,500 restaurants, according to the municipality.

Although Tel Aviv is said to attract a secular crowd, a growing number of Orthodox Jews like Rubin are coming to the city, according to Nefesh B’Nefesh officials. Seventeen percent of the immigrants they helped make aliyah in 2015 and 2016 were Orthodox, the agency’s numbers show — similar to the community’s representation in all of Israel. 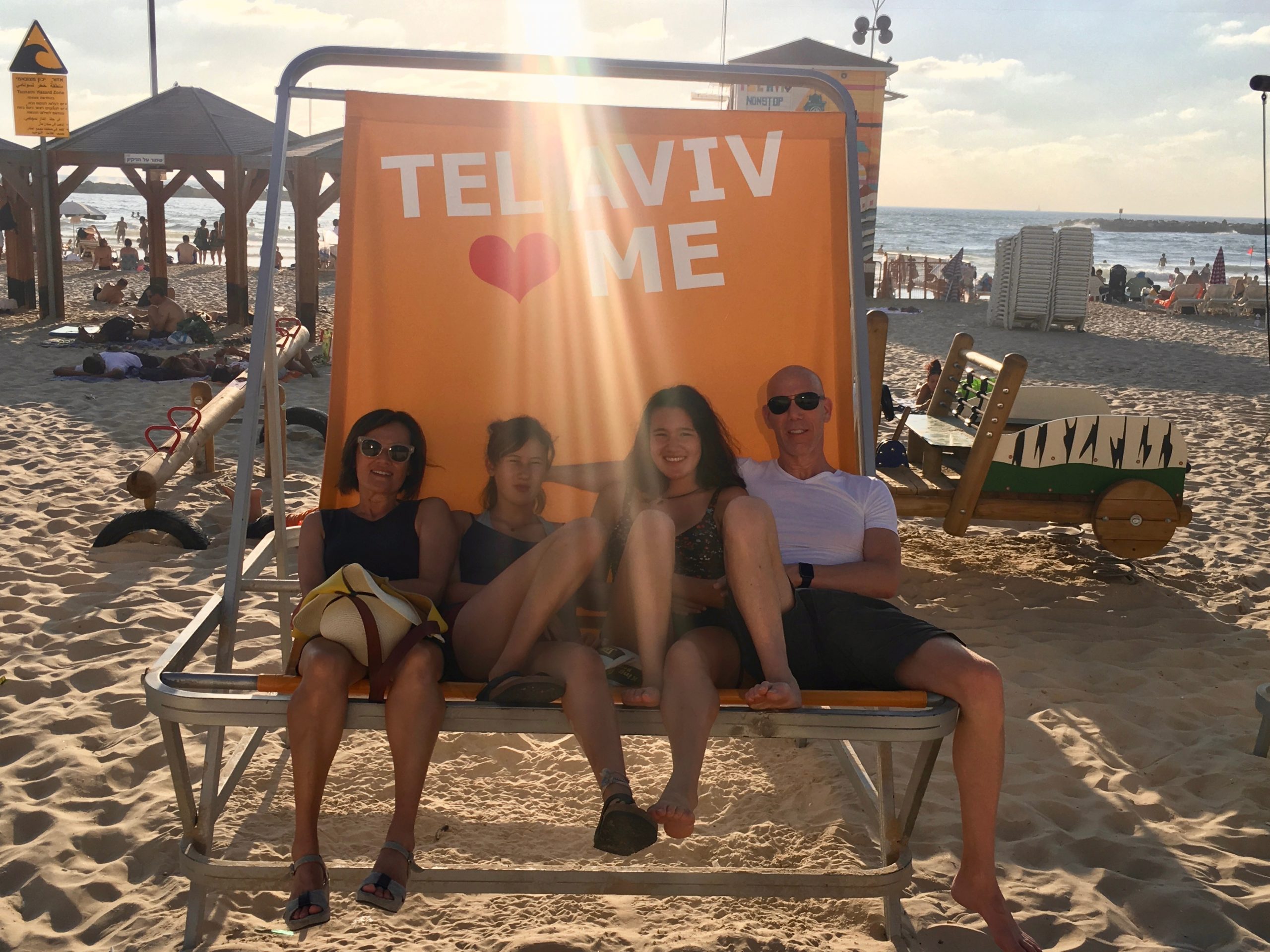 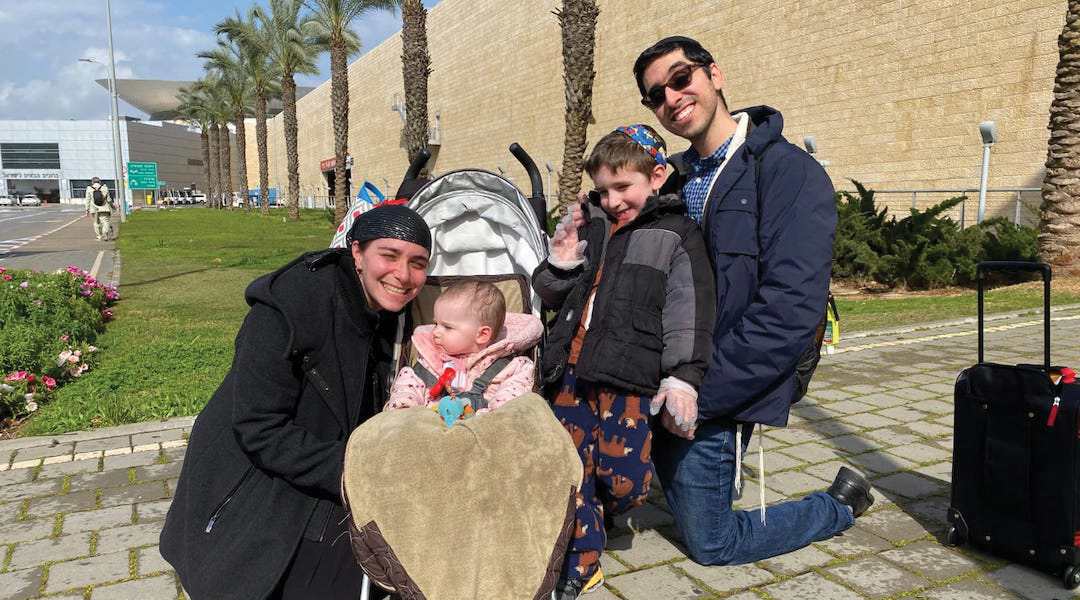