A wild Mizrahi service in Jerusalem opened my Jewish book

Prior to coming to Israel, my connection to Judaism was non-existent. It wasn’t as though I had denounced my Jewish lineage or denied the fact that I was born Jewish, but I never showed interest in this aspect of myself. It was a mere afterthought that was comparable to my feelings about Earl Grey tea because, while I didn’t hate it or condemn its existence, I just didn’t care.

But after participating in NFTY-EIE, a high school semester in Israel run by the U.S. Reform movement, my attitude changes. I did not become more devout in the “put your head in the book and memorize the text” sense. But I became connected with an aspect of my existence that I had so long buried beneath layers of Western belief, unexamined materialism, and conformist mentality prevalent among my peers. I put my Judaism on the shelf, never to be touched. The preface of this book titled “Jack’s Jewish Identity” was prompted by a Yom Kippur service in Jerusalem.

Yom Kippur, I expected, would be a day of intensity and deep focus, whether it be on reflection or my empty stomach. We stayed in an old housing complex in the San Simon neighborhood of Jerusalem and were housed in an old housing complex for the holiday to experience the fast in as refined a way as possible. We were given a choice of services to attend; I went with a service hosted in a gymnasium in the Mizrahi (Eastern) style. I was rather skeptical, but remained open-minded. After getting lost in translation in the many pamphlets I was handed by a variety of men, I lost hope — and my mind wandered.

My stream of consciousness was rudely disrupted via the voice of a 5-foot-tall, hair-wrapped, Mizrahi woman chanting verses from a prayer that I never heard before. Her voice swept my thoughts up and out of my seat and to the arms of the men creating a semi-circle on our side of the separation curtain. I linked arms with men much taller and much more knowledgeable of the dance that was supposed to be done than I. The prayer was chanted with one line shouted by the males followed by a line from the women in their own semi-circle on their side or the curtain.

With everybody dressed in white, the dance and chant became angelic, immediately painting a smile upon my face and the faces of many with me that began to tear at our cheeks. My preconceived idea of a Yom Kippur service was that it consisted of a room filled with office chairs, a monotone leader, drab voices filling a windowless room.

However, this service struck at a chord that not only exceeded my sub-zero expectations but connected me to a group of people I, at face value, have no connection with. We have different lineages and speak different languages. I was united with these strangers by a single unifying factor — Judaism. That book that I had pushed to the back of the shelf and never explored was cracked open by a group of joyous, probably starving Mizrahi Jews in an unused gymnasium in the middle of Jerusalem.

Faces I had never seen before and probably never will again brought about an emotion within me that is nearly indescribable. It feels as though I am tied to a greater cause in the world, that I have a responsibility, that I am experiencing something so grave and mysterious that experiencing it is almost profane. How could people who I would think nothing of in any other situation provoke something so sacredly profane within me? I can only answer that question with the only thing that brought us into that gym — Judaism.

Ask me five months ago what I think about Judaism and my Jewish connection and I would’ve responded with a shrug. Ask me today and I would respond with a smirk followed by a recounting of the myriad of experiences that NFTY-EIE has provided me with from Yom Kippur to Simchat Torah and even down to a weekly Shabbat. 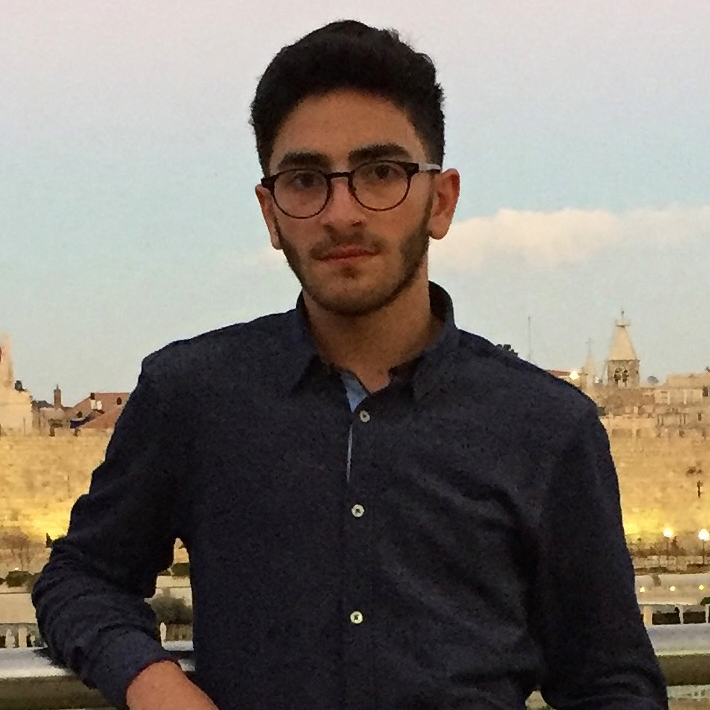 Jack Resnick is a 16-year-old from San Francisco. He has been in Israel for the past five months studying with the NFTY-EIE semester abroad program. He plans to go into international law.