What Trump can do for Middle East peace — right now

In the run-up to his swearing-in last week, President Donald Trump made a series of big promises to Israel. Aside from his oft-repeated pledge to move the U.S. Embassy from Tel Aviv to Jerusalem — a pledge he has already started to back away from — he talked about reviving the peace process with the Palestinians, with a goal of achieving a deal before he leaves the White House.

Undeterred by the failure of past presidents to achieve this dream, Trump has tasked his son-in-law, Jared Kushner, with the challenge of brokering the agreement. Kushner inherits this charge at a time when trust between the parties is at an all-time low. Trump would be wise to look back to some old plays and also to make some small bets as a way to build trust between the parties and lay the groundwork for real progress.

We have seen that even when you have a White House intent on reaching an agreement on this conflict, it all depends on the parties’ willingness to compromise on the most difficult issues.

Trump is looking for ways to reassure Israel that he has its back. Whatever he decides on the embassy, there are measures he can support from the get-go that may not solve the whole crisis but can demonstrate strong support for the Jewish state and foster trust between Israel and the Palestinian Authority. This would require a mix of reviving old arrangements even as it allows for some new approaches.

First, Trump would be well served to dust off a policy approach that has been shelved in recent years but possesses real urgency. In 2004, President George W. Bush sent a letter to Israeli Prime Minister Ariel Sharon prior to Israel’s withdrawal from Gaza. The correspondence was important because it contained two elements that never had been articulated previously by a U.S. president around settlements and refugees.

Written in the context of Israel’s unilateral withdrawal from Gaza, the letter recognized the reality of settlements. Since 1967, population growth and demographic shifts irrevocably had altered realities on the ground. It was therefore unrealistic to expect Israel to uproot the largest civilian areas located near the Green Line, known as the settlement “blocs.”

“In light of new realities on the ground,” President Bush wrote, “including already existing major Israeli populations centers, it is unrealistic to expect that the outcome of final status negotiations will be a full and complete return to the armistice lines of 1949.”

By returning to this notion of treating the settlement blocs near the Green Line differently, Trump would be making a clear and powerful statement to Israel, the Palestinian Authority and the world that contrary to United Nations Resolution 2443, there is an arrangement for Israel’s settlement policy that is consistent with a two-state vision.

Israel is struggling now to find a formula that will allow it to continue building housing units in the settlements most likely to be included within Israel in any peace agreement while limiting construction in the most problematic areas that pose the greatest obstacle to territorial compromise. This could be achieved by invoking the existing Bush letter rather than contriving a new formula.

Moreover, by returning to this notion of treating the settlement blocs near the Green Line differently, Trump would be making a clear and powerful statement to Israel, the Palestinian Authority and the world that contrary to United Nations Resolution 2443, there is an arrangement for Israel’s settlement policy that is consistent with a two-state vision.

The resolution was only the latest example of the Palestinian preference for international forums over the hard work of the negotiating room. The U.S. abstention on 2443 reinforced that tendency. President Trump should make clear that the path of incitement, delegitimization, demonization and violent terror will not yield any progress for Palestinian aspirations, while the route of negotiation will yield dividends for all.

Meanwhile, the 2004 letter also provides a smarter approach on refugees. It offers official recognition that any resolution to the Palestinian refugee issue “will need to be found through the establishment of a Palestinian state, and the settling of Palestinian refugees there, rather than in Israel.”

This is crucial because the United States, the Middle East Quartet, the United Nations and other actors all acknowledge that the so-called right of return cannot be a pretext to flood Israel with Palestinian refugees and demographically overwhelm the Jewish state. This is unrealistic and unreasonable.

Trump also can encourage Israel to take small but pragmatic steps to meet some of the urgent needs of Palestinian civilians. This could include freeing up areas of the West Bank for Palestinian economic activity and building consistent with Israel’s security needs. It also might entail taking measures to foster additional investment and growth in the Palestinian economy and reducing the frustration and tension that can undergird violence.

As a successful businessman, Mr. Trump surely will appreciate the constructive role of commerce in bringing people together and creating mutual interests in stability and growth.

Indeed, just last week, Israel’s coordinator of government activities in the territories, Gen. Yoav Mordechai, and his Palestinian counterpart, Civil Affairs Minister Hussein al-Sheikh, announced that they had reached a water deal that promises to improve the quality of life for Palestinians. This is the fourth such agreement reached over the past year and a half.

While reaching compromises on discrete issues like mail delivery, water sharing, electricity and cellular connectivity is not a substitute for solving the toughest political issues, they show a pathway toward rebuilding absent trust and improving quality of life.

President Trump has promised big new things around the world, including in the Middle East. But reviving an old arrangement — even while seeking small, achievable improvements on the ground — could be the best route to a better long-term future. 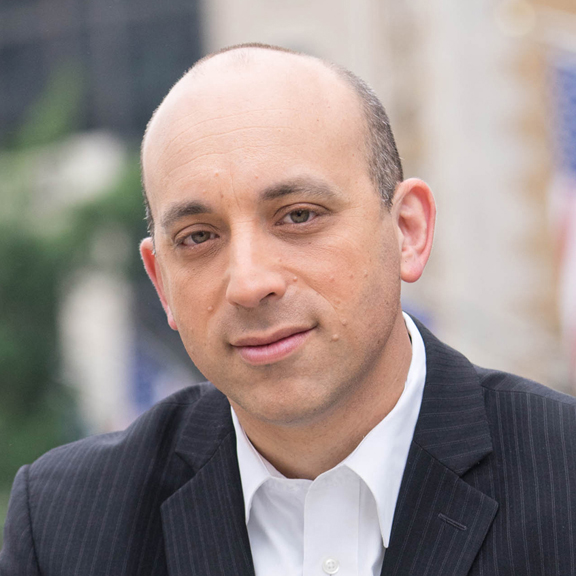 Jonathan A. Greenblatt is CEO and national director of the Anti-Defamation League.