Oppose the settlements? You’re one of us.

Think Israel should privilege Orthodox Judaism? Sure, why not?

That’s the approach advocated in a new strategic plan, released Thursday, to combat Israel’s delegitimization: Get more people to like Israel by embracing ideological diversity among both its cheering section and its critics.

Composed by the Anti-Defamation League, which fights anti-Semitism and bigotry, and the Reut Institute, an Israeli think tank, the report aims not only to change people’s opinions on Israel but to legitimize a larger set of views.

There’s nothing new in calling for a “big tent” in the pro-Israel movement; Israel advocates on the right and left have been endorsing one for years. But beyond getting bickering Jews to get along, the document aims to draw in the general public to its pro-Israel cause by driving a wedge between people critical of Israeli policy and those opposed to its very existence.

For example, someone who criticizes Israel’s settlement enterprise might find more affinity today with groups endorsing BDS, the movement to boycott, divest from and sanction Israel. But ADL and Reut say that these “soft critics” should be considered part of the pro-Israel movement because they don’t oppose Israel’s character as a Jewish state — and could act as a counter to the hardcore “instigators” and delegitimizers.

“One of the key insights is acknowledging and distinguishing between the hardcore haters versus [people] who see this as an issue of injustice,” said ADL CEO Jonathan Greenblatt. “It requires us to shift from the notion we have warring camps.”

The report also stretches beyond recommendations for activism on campus, which is often viewed as ground zero for the pro-Israel (and anti-BDS) movement. The report encourages greater engagement with academic communities and corporations to increase support of Israel. It also suggests a concentrated pro-Israel effort in Latin America, South Africa and other regions where ill feeling toward Israel is rising.

Along with celebrating ideological diversity among pro-Israel groups, the report suggests that the bevy of Israel advocates should work together to specialize their efforts instead of all doing similar things. Along with spreading out across regions and industries, the report recommends enforcing terms of service on social media to limit incitement against Jews or Israel.

One of the key insights is acknowledging and distinguishing between the hardcore haters versus [people] who see this as an issue of injustice.
— ADL CEO Jonathan Greenblatt

“In fact, on many U.S. campuses, the pro-Israel community is much better funded and even bigger than the anti-Israel one,” the report reads. “However, in smaller communities or areas that are not within the focus of Jewish attention, response is often based on a handful of activists operating on a shoestring.”

Grinstein and Greenblatt touted an endorsement of the report by Israel’s Ministry of Strategic Affairs — an important signal that even a right-wing government favors the big tent. But the report also says that current Israeli policy is one of the main drivers of growing delegitimization efforts targeting Israel. It mentions complaints about Israel’s commitment to religious pluralism, as well as its treatment of its Arab minority, and calls the “breakdown of the two-state solution” one of the “emerging challenges” that must be countered, or at least acknowledged in the war for hearts and minds.

“Clearly, the erosion of the support for Israel among liberal and progressive cohorts is impacted by the growing criticism of Israel’s policies regarding the Palestinians in the West Bank, the absence of a peace process, and the continuation of the settlements policy,” the report says. “In other words, the inability of governmental action to provide a political horizon for this conflict legitimizes, energizes and emboldens non-governmental grassroots action.”

The report is vague on where it draws the line between legitimate and illegitimate criticism of Israel. It calls a targeted boycott of settlement goods a possible “milestone on the path towards a comprehensive boycott.” But some prominent liberal Zionists have endorsed a settlement boycott, and the report also acknowledges that such a policy is “often driven by a genuine Zionist motivation.”

Greenblatt said American Jews should push Israel to demonstrate its commitment to peace, and doing that through constructive actions could eliminate the need for boycotts of any kind.

“There’s no substitute for what the Israeli government can do with its policies,” he said. “We should also note there are things we can do in the Diaspora to encourage and support that process. I think there are things we as Jewish communities in America can do to encourage and drive Israel to demonstrate its commitment to being a peace-seeking country, to being a pluralistic country, to fostering its democracy.” 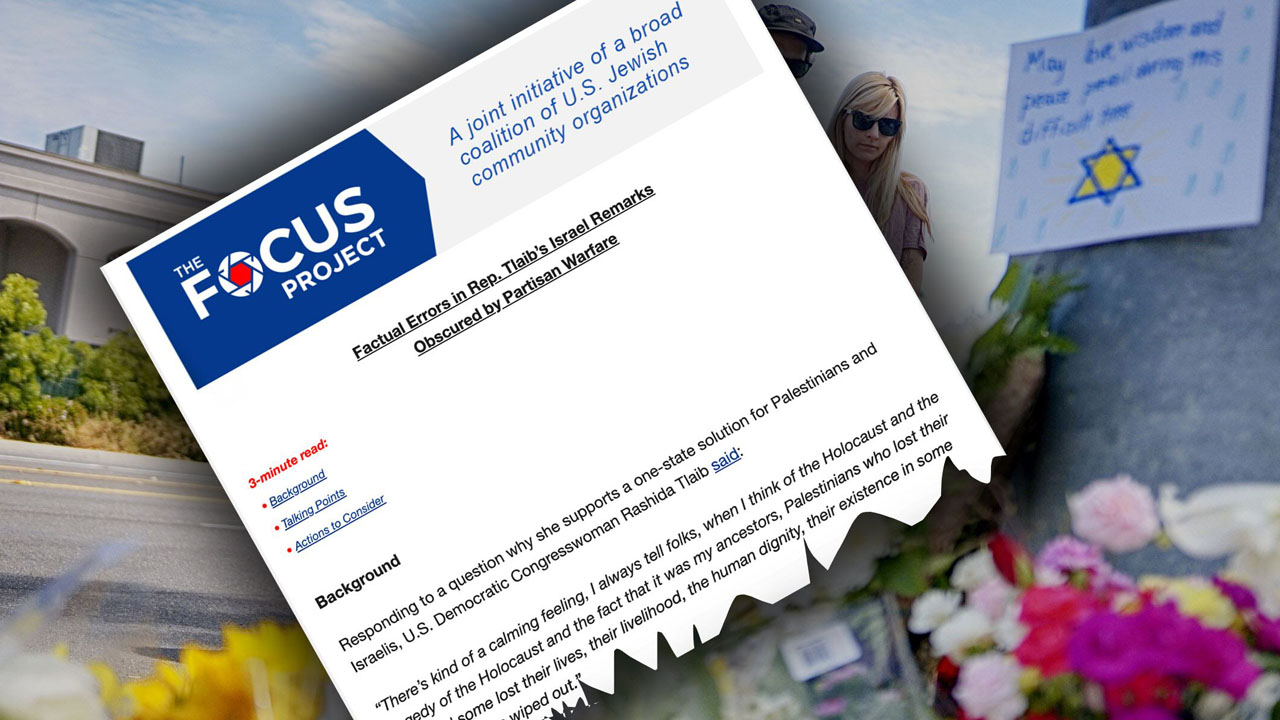 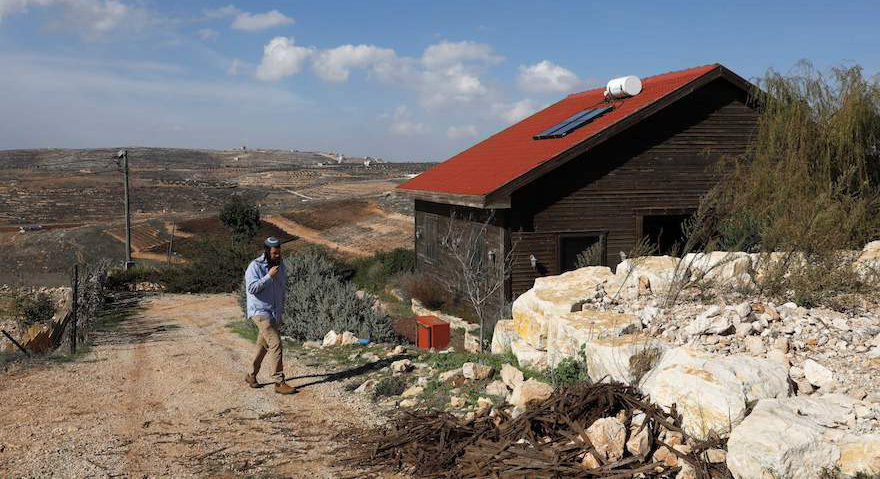 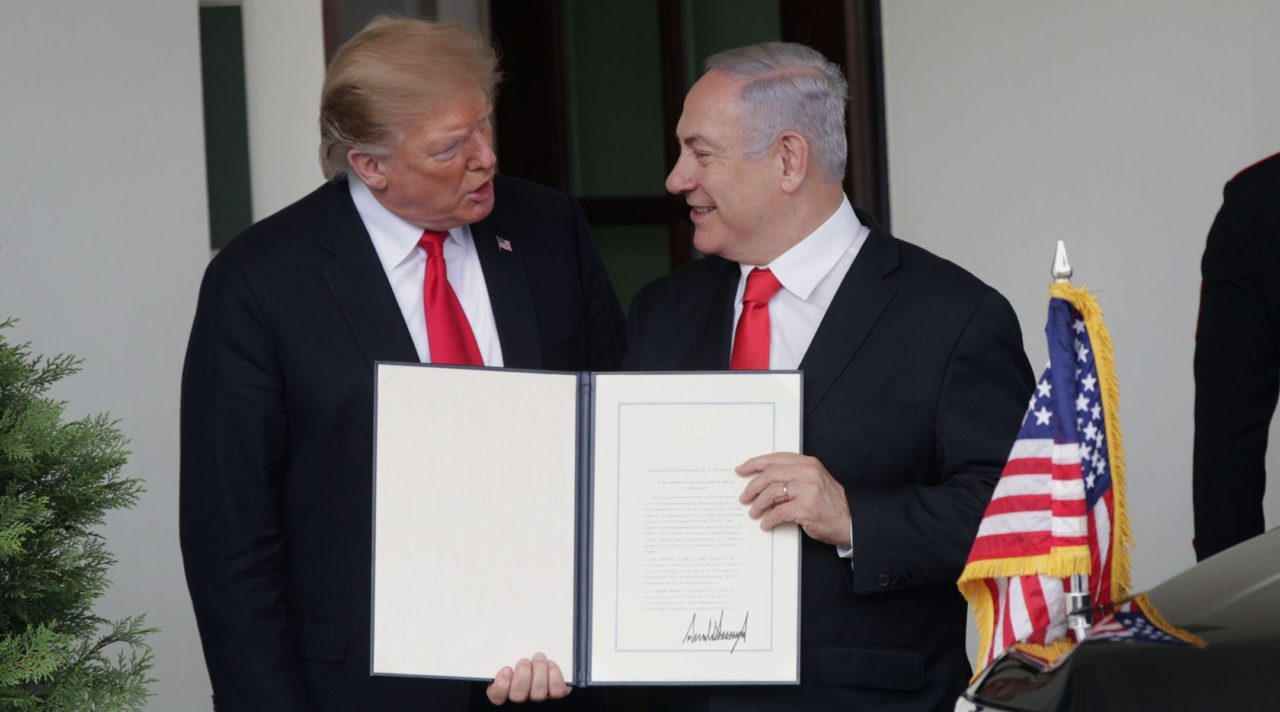