It’s a new year. Time for new goals, forgiveness and friendships. I meet my close friends for lunch. I love being with the girls. We’re in North Beach at Original Joe’s. The “girls” are in their 70s.

Twice a day we talk on the phone. We complain about our dates, careers, ageism, kids, grandkids and life issues. We complain so much that we call each other “tele-moans.” Over my Cobb salad at lunch, I confide about the time I put the toaster in the oven. “I worry it will happen again.”

“Honey, it’s a sign,” Janet says with a sigh. Her gray-streaked blonde hair is worn high and twisted into a complicated knot. Her pale skin is lovely, her full lips covered in bright red lipstick.

“A sign that she has a lot on her mind,” Judy adds about my absentmindedness, sipping a bloody mary.

“The other day I found my TV remote in the washing machine,” Marilyn confides. Her silver hair is cut close to her head, and she wears huge red-framed glasses. She’s a divorce lawyer.

Janet moves to another topic. “Honey, the boomer-plus men are also decrepit. I had a date with a hot 73-year-old retired heart surgeon and he picked me up on the wrong night. There I was in my bathrobe, and he was wearing a tuxedo. Not only did he not have on his hearing aids, but he can’t remember the time of day.” Janet sighs.

“Poor Myra Blumberg is dating her 35-year-old floor man,” Janet continues. “She twerked so hard she dislocated her hip. She’s in traction.

“Serves her right. All because she can’t be without a man. Women have to stop it. Stop with the age thing, and trying to be younger.”

Judy chimes in: “These older men live in the past. The one I’m seeing has the same bed his wife died in. Her portrait hangs above. Should I sleep in his dead wife’s bed?”

BeBe shrugs. “We can’t stay in the past.”

“Either they die on you or they have mental issues,” Marilyn says.

“Not to mention the poor schlep I was involved with couldn’t see,” Wendy says. “He thought my open window was a door to the garden and out he went. Broke his leg. Sued me.”

“Not as bad as Myra’s last youngie,” Marilyn continues. “When her Life Alert bracelet went off he thought it was the cops and ran like a mother. She never heard from him again, plus he stole her Jimmy Choo shoes.”

“Honey, the party’s over,” Janet protests.

“I don’t agree,” I say vehemently. “We need to accept our age, our time on the planet. Do new things. For example, I want to redo my apartment.”

“Redo? What’s to redo?” asks Janet. “I’m getting ready for the big journey — marking my books and antiques for the kids,” she says glumly. “Already they’re fighting over my Rietveld chair and I’m not even dead yet.”

“I want a new carpet,” Marilyn agrees. “But my husband says why bother? We’ll be dead soon!”

“As Hemingway said, living well is the best revenge,” I say.

Adds BeBe: “Just because we’re older doesn’t mean we can’t be hip, cool and with new goals. Gayle Blum is a great decorator. Her company, Spruce Up, spruces up the old, mixes with contemporary.”

So the next day Gayle Blum arrives at my apartment. She is drop-dead gorgeous, in her early 70s. Chic, cool and energetic. She is one of those ageless women who defies the law of “age appropriate.” She has her own style, her own voice. “Mix the old with contemporary. It’ll keep you young,” she tells me.

“I‘m tired of the cluttered, frumpy look,” I say. “I want something … futuristic.”

She walks through the rooms of my apartment. She loves the high ceilings, the French doors, my grandmother’s oak desk. Also the mixture of antiques. “You don’t have to throw out the old. You just need to update,” she says. “Like updating an old outfit with a new colorful scarf.”

It’s not easy to get rid of clutter, of things you’re attached to. But did I need the broken wicker trunk with old New Yorker magazines in it, or the chairs that were beat and never sat in, from my first marriage? We got rid of some stuff, purchased some lamps and a fabulous gray rug. Plus, I had my place painted a pale gray with white trim.

“Wow, I love it,” I tell Gayle. “Now I’m ready to update my wardrobe, meet romance.”

“Age is a gift,” she says thoughtfully. “Why is everyone so afraid of it? Or they think they have to wallow in the past.”

Within a few weeks I have a spruced-up apartment: a large painting of Bette Davis next to my Audrey Hepburn framed poster. A new leather sectional and a white lacquer bookcase next to my mother’s antique desk. Contemporary vases filled with flowers, track lights from Ikea.

It’s kind of hard to bend down to my cool, white lacquer, Japanese-style low bed. But once I’m in it, I look up at my new chrome lamp that throws off stars that float on the ceiling. Stars, lots of stars, that tell me there is no end and only beginnings. 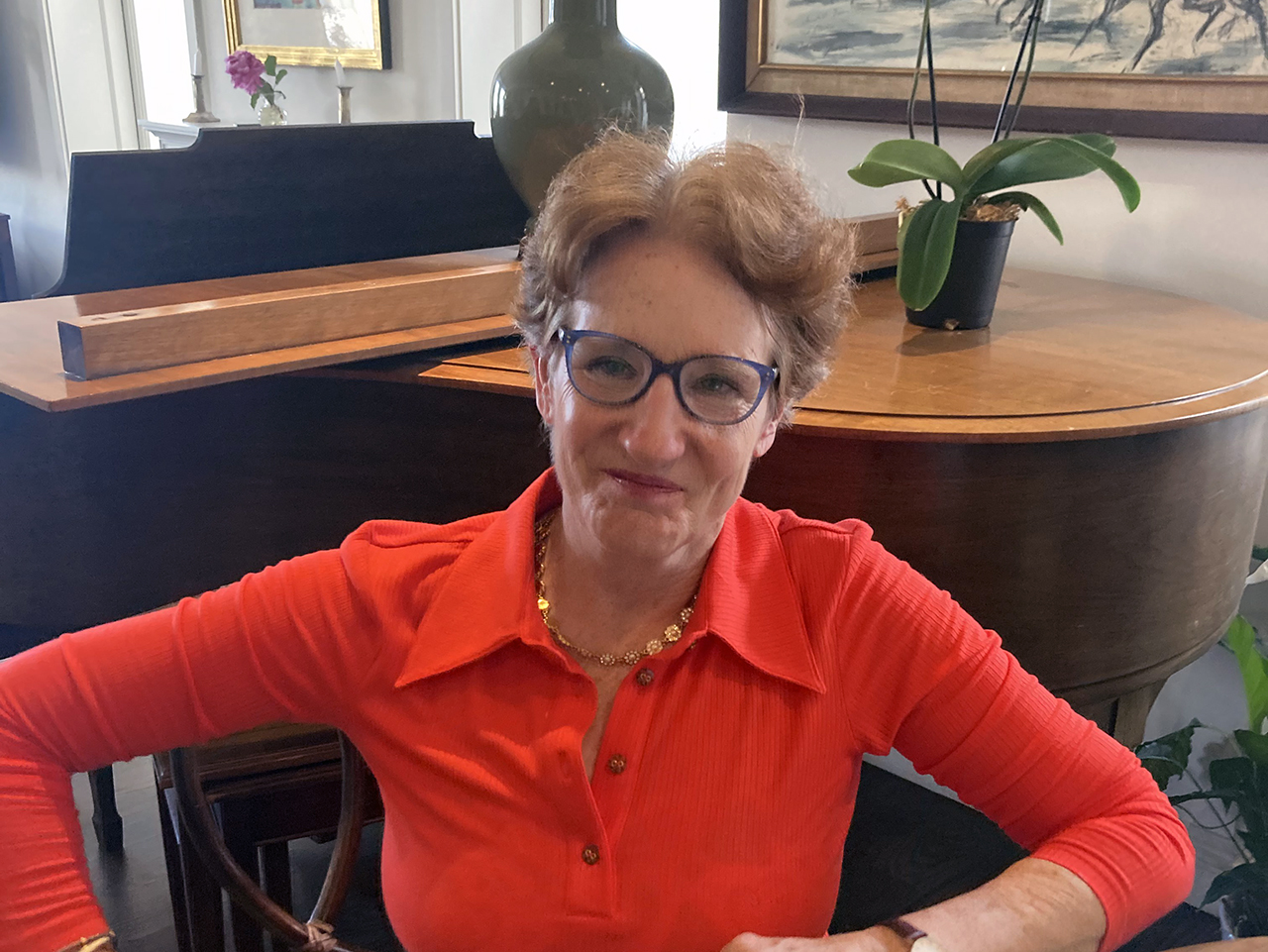