In the hotel lobby, a woman smiles as she lounges with her husband on a burnished leather sofa, admiring a table of gifts set before her. In the dining room, waiters are preparing a buffet lunch with bowls piled high with produce, local cheeses, marinated olives and fresh fish.

The 26-room hotel — its beds fluffed with down pillows and plush duvets, and sparkling en suites with gleaming tile, rainforest shower heads and elegantly arranged toiletries from the Dead Sea — is so popular that it’s completely booked nearly every day.

In every room, a woman luxuriates in privacy and comfort. And at every woman’s side, often in a plastic wheeled bassinet, lies a newborn boy or girl.

Welcome to Baby Lis, a private hotel adjacent to Ichilov Hospital in Tel Aviv that caters exclusively to new mothers and their newborns.

There are four such maternity hotels in Israel — better known to pregnant women and new parents as “milonit,” or “baby hotels.” They are part of a small network of maternal support and pampering that sets Israel apart from many other countries when it comes to the treatment of postpartum women. Israeli mothers enjoy three months of government-mandated maternity leave, and new legislation allows paternal leave for their partners.

But for those who choose to and are able to pay extra, a few nights in the milonit after giving birth help launch women into new motherhood with an extra dose of luxury.

“I want the women to feel like they are staying at Carmel Forest Spa, but with a baby,” says Baby Lis manager Natalie Hurvitz, referring to the exclusive northern Israeli resort known for, among other things, hosting Bar Refaeli’s 2015 nuptials. “I just want them to be calm, for everything to smell good.”

Israel’s three other milonit are Hadassah Baby hotel in Jerusalem, which is run by and sits on the campus of Hadassah Ein Kerem; Baby Assaf, run by the Assaf Harofeh Medical Center in Tzrifin; and Sheba Baby, which sits on the first floor of the obstetrics department at Chaim Sheba Medical Center in Tel Hashomer and is managed by the hospital.

What makes Baby Lis hotel different is that it’s private. Owned and operated by the Vital Hotel chain, it is considered the country’s most luxurious baby hotel. As a result, it has a price tag to match: One night in a basic private room at Baby Lis runs about $423, which includes three gourmet meals a day. (Rooms at Hadassah Baby, by contrast, can be reserved for as little as about $211 per night, with a three-night minimum stay; a meal plan is optional.)

Sheba Baby, which opened more than 17 years ago, was Israel’s pioneering baby hotel. At its inception, it was a private hotel.

Baby Assaf, which opened in 2013, is the youngest of the bunch. Alexandra Foigel, the manager, said her property offers an experience more akin to a quaint bed and breakfast than a posh resort.

Our rooms feel less like a hotel room and more like a home … the atmosphere here is small, loving and homey.
— Alexandra Foigel

“We only have 17 rooms, and our atmosphere is like a tzimmer,” Foigel said, referring to the cabin-style guest houses that Israelis flock to for countryside vacations.

“Our rooms feel less like a hotel room and more like a home … the atmosphere here is small, loving and homey.”

For the hospitals, having a maternity hotel on site makes economic sense, said Hurvitz, of Baby Lis: Hospitals make money from insurers every time a woman gives birth, and an onsite maternity hospital helps draw in women.

Health care in Israel is state-sponsored and mandatory, and full coverage comes at a low monthly fee. Every citizen must pay into one of the nation’s four health maintenance organizations, and the government-designated “health basket,” by law, demands that all four HMOs fully cover the cost of a hospital birth and basic prenatal care.

But many Israelis opt to pay slightly higher monthly fees, generally between $11 and $27 per month, for supplemental coverage. These packages include perks like subsidized acupuncture and expanded prescription plans, as well as an option to be reimbursed for part of the cost of a stay at a milonit. (The reimbursement option can also be applied to services like genetic testing, amniocentesis and postpartum care.)

Most supplemental insurance will cover the cost of one night at Baby Lis, or two at the less-expensive hotels. The average stay is two to three nights, although some women stay as long as a week, often asking that family members contribute toward the cost in lieu of traditional baby gifts.

“I stayed two nights, but I would have stayed three or four if someone had gifted it to us,” said Rachel Schonwald, a Texas native who now lives in Tel Aviv. When it came time to deliver her son Gilad last spring, she chose to give birth at Ichilov, in large part because of Baby Lis.

For Schonwald, the extra expense in exchange for postpartum pampering was well worth it.

Schonwald’s son was re-hospitalized with jaundice after they had been released from the hospital and were ensconced at Baby Lis, and the experience was beyond therapeutic, she said.

“It would have been so much harder in the maternity ward, and not have this oasis to escape to when he was put back in the hospital,” Schonwald said. “The food and the bed were the best, and that’s really all that matters right after you’ve given birth.”

All four baby hotels serve as a luxurious stopgap between the sterility of the hospital and the long, uncharted days and nights with a newborn at home. As early as 12 hours after a complication-free birth, women can be discharged from a hospital’s maternity ward into the care of the adjacent maternity hotel. Once ensconced in her private room, the new mom can either keep her baby with her or send the newborn to the onsite nursery, where hospital nurses care for the infants while simultaneously doling out pain medications for mothers, and offering counseling and support for breastfeeding.

It’s a model that’s rarely seen in other countries. In the United States, VIP birthing suites offer celebrities and A-listers an experience that pairs spa treatments and catered gluten-free food with epidurals and water baths. In Asia, luxe “maternity hotels” transfer the entire childbirth experience into a five-star suite, giving the ultra-rich the option to give birth amid Egyptian cotton and goose down.

But the Israeli model is unique. Women give birth in the maternity ward under the care of doctors, spend a night or two recovering in a hospital ward, and then can either head home with their bundles of joy or walk next door to the hotel designed for postpartum women.

While the four hotels vary in amenities and price points, they share some distinctive features: All rooms are private and, while the hospital’s nurses are on hand for administering pain medications and doctors are always on call in case of emergencies, they don’t make rounds. That means women recovering from the intense physical challenge of delivering a baby are offered the ultimate gift: sleep.

J. covers our community better than any other source and provides news you can't find elsewhere. Support local Jewish journalism and give to J. today. Your donation will help J. survive and thrive!
Support J.
Debra Kamin 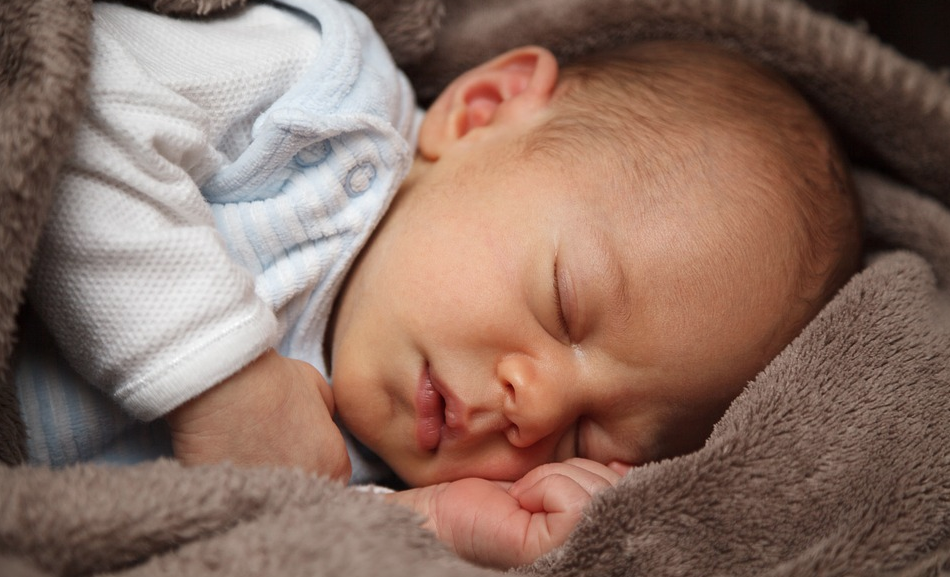