‘Esther’ raises her head — not as Purim spiel, but as Purim opera

The charming melodies of an 18th-century opera will be punctuated by boos and the grinding of groggers, and that’s all part of the show.

When the opera “Esther” makes a rare U.S. appearance at Congregation Beth Am in Los Altos Hills on Sunday, March 5, in a free performance, audience members will be expected to aim catcalls and shake their groggers at the evil Haman.

“I’ll slow down a bit on the harpsichord, and the singers know whenever Haman is announced to give time for grogging,” said Jonathan Salzedo, musical director of the Baroque-style Albany Consort that will be performing the opera. “I’ve actually chanted the Megillah of Esther with a pretty wild crowd and I’m good at playing into a crowd, so I think that will be OK.”

“Esther” was written in 1774 by the Italian composer Cristiano Lidarti on a commission from the Portuguese Jewish community of Amsterdam — and then lost for more than two centuries. It was rediscovered in 1998 by a Cambridge University professor who saw the work on a bookseller’s listing.

The professor, after learning the opera’s libretto was written in Hebrew, brought it to the attention of Israel Adler, founder of the Jewish Music Research Centre at Hebrew University of Jerusalem.

Adler edited and published “Esther” and, in 2000, Hebrew University staged what was believed to be the first performance in 226 years.

Rabbi Reuben Zellman, now music director at Berkeley’s Congregation Beth El, was studying in Jerusalem at Hebrew Union College in 2003 when he heard a recording of “Esther.”

A decade later, he suggested the work to San Francisco Renaissance Voices. Zellman wrote program notes and translated the libretto into English — even coaching singers on how to pronounce the Hebrew words.

“Esther” made its American debut at Beth El on Purim eve in 2014, followed by three more performances in San Francisco and Palo Alto.

Michael Morganstern, a Beth Am congregant and a retired Silicon Valley engineering executive, in May 2015 sponsored a performance by the Albany Consort at Beth Am. The lead soprano at that concert was Rita Lilly, who performed the role of Esther in the 2014 Beth El performance and introduced Morganstern to the work.

“I fell in love with Baroque music while in grad school at Brown,” Morganstern said during a recent rehearsal for “Esther” at Beth Am. “I’m very interested in having Jewish people in particular know about Jewish Baroque and Jewish classical music. There’s so much more to Jewish music than ‘Adon Olam.’

“I was not planning to do any further concerts, but I was so pleased with the prior concert I decided to sponsor this one, too,” Morganstern, 75, said.

Lilly again will sing the role of Esther at the Beth Am performance, at which both the Hebrew and English texts will be projected on a screen. Seventeen musicians playing Baroque-period instruments, including Salzedo on the harpsichord, will be joined by five vocal soloists and a choir for the performance.

Salzedo, a software engineer and member of Congregation Etz Chayim in Palo Alto, started the Sunnyvale-based Albany Consort in 1974. He hopes to talk organizers of the Berkeley Early Music Festival into staging a performance of “Esther” in 2018.

Zellman will give a pre-performance lecture in which he will describe the long journey of “Esther” from Amsterdam to Los Altos, as well as its place in Jewish culture.

“First of all, the poetry is beautiful. And the music is very charming, it feels like early Mozart in a way,” Zellman said. “I have for a long time been captivated by this genre in general.

“Jewish music of the early period is fascinating because it is a projection of all kinds of historical meetings, and it represents a lot of very interesting moments in history when Jews were negotiating with their own traditions and the new artistic movements in the outside [Christian] world.”

Lidarti’s work is not the only “Esther,” or even the first. George Frideric Handel’s first English oratorio, “Esther” was written in 1718. And American composer Hugo Weisgall wrote a version in 1993.

Morganstern said groggers will be encouraged in the audience; he playfully said the theme of the performance will be “Make Esther Great Again.”

“I don’t see too many people as nutty as I am to fund this thing. This was totally out of the box for me,” he said.

“It almost brings me to tears with pleasure. I not only learn and see how it’s done, but I get huge joy out of seeing this thing come together. It feels to me like a bit of tikkun olam.” 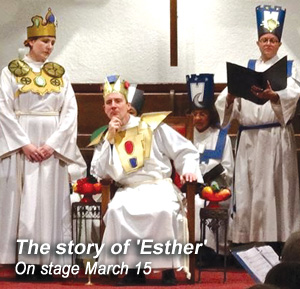 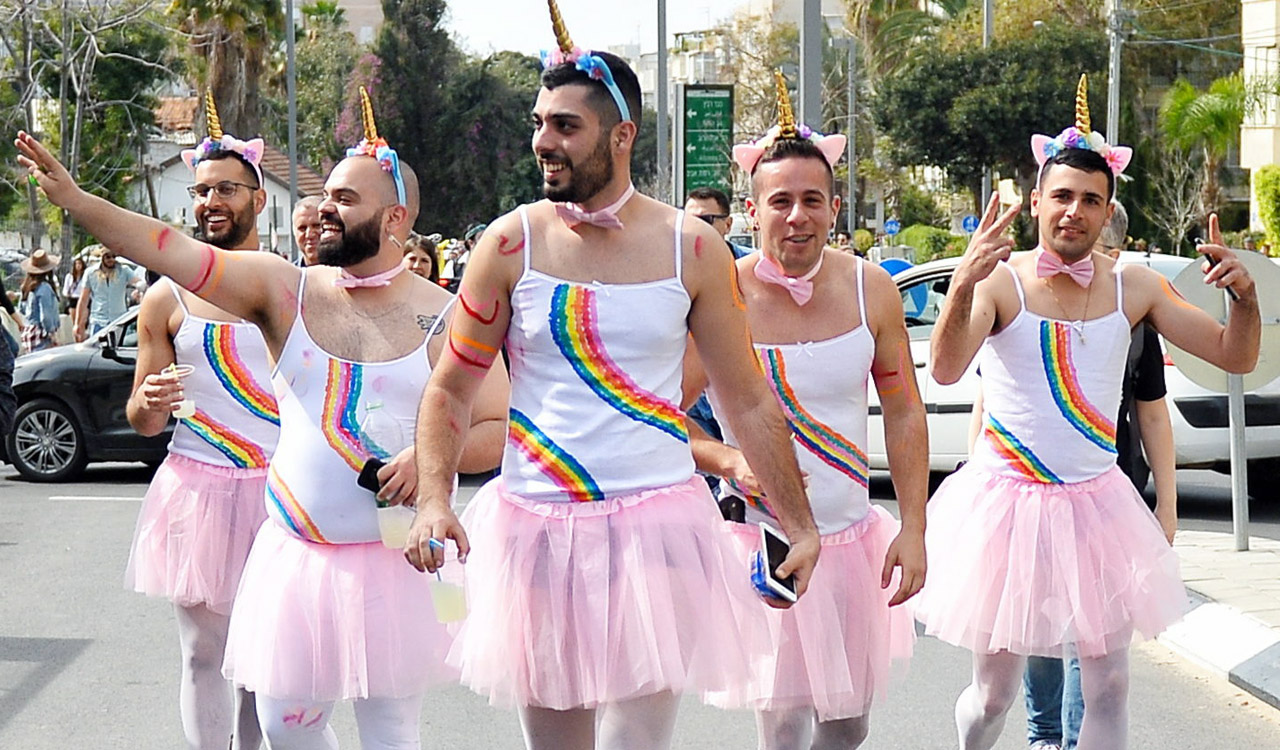 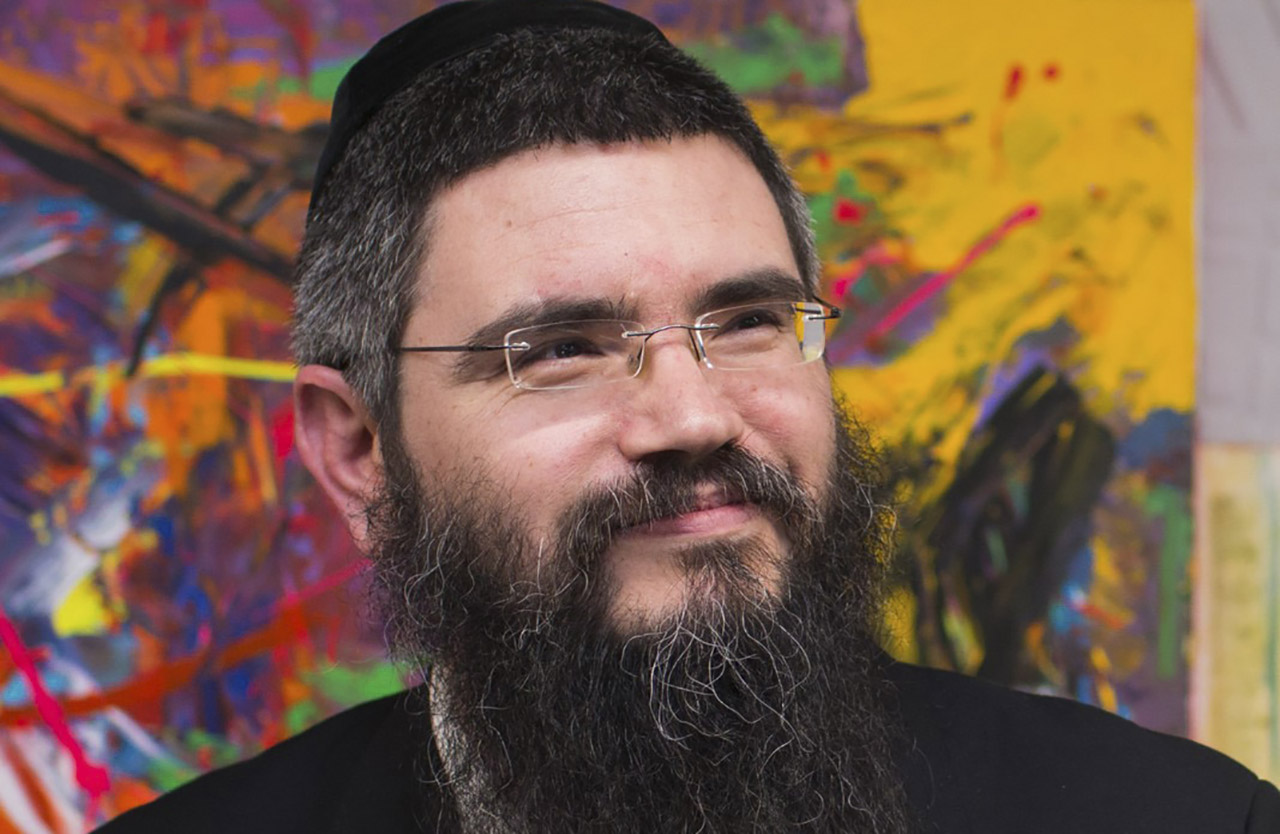