Q&A: On the hunt for Plan(et) Nine from outer space

J.: You are part of a team investigating the possibility of a ninth planet in our solar system. How can it be that, after centuries of astronomy, there may still be another planet lurking somewhere?

Michael Medford: The history of astronomy has been filled with building more powerful telescopes and discovering phenomena lurking in the sky that have been there all along, waiting for us to discover them. This potential discovery was aided by being able to spot some really distant asteroids far away from our sun that were tilted all in one direction. So what could account for that? That’s what we’re investigating. No current models predict that you’d form a planet this far out from the sun.

What do you expect the planet to be like?

To account for the irregularities we noticed in these asteroids, we’re talking about a planet that’s 10 times as massive as the Earth. It really would change our concept of the solar system. And if it’s out there, who knows what else? This is a section of space we’ve never been able to look at before. It’s a really open question about the material of this planet. We theorized it having to do with how massive it is and how it tugs on other things, but not its composition. Between the Earth and the Sun there is one astronomical unit (149.6 million kilometers). Pluto is 40 AUs away. If this thing is out there, it’s at least 400 AUs from the sun, and could be as much as 12,000 times farther away than we are from the sun.

What is your contribution to the search?

We’re doing it in a different way that no one else is doing, and that’s why we think we may be first. Most are trying to take large telescopes that see huge pieces of sky and pointing it where we think it might be. Even if you find a speck of light, and think that’s the planet, you have to come back several times later to see if it moves along the path you expect. And it’s difficult to do that across large swaths of sky.

We’re using data from the Palomar Transient Factory, which has over 4 million images of the sky already taken. But the PTF can’t resolve the planet in one image. So we’re trying to combine images from along the expected orbit and see if the planet pops out as it moves. Our algorithms will scan hundreds of millions of images, and hopefully we’ve trained it what to look for.

How far do you think you are from finding it?

Currently we have not identified any candidates, but we are confident that we are close to being able to get a list. Right now we’re focused on getting the algorithm just right so that it behaves that way we expect it to.

What if you don’t find it?

If we don’t find it, which is entirely possible — there have been many people who have had a similar theory in the past — we will still have developed a new method for finding asteroids that are pretty far out. It’ll still be something that can aid our understanding of the distribution of stuff in the solar system.

Did you always want to be an astronomer?

Astronomer was my younger pursuit; it’s what I told people when I was like 8. Then I wanted to be an actor. I studied theater and physics at Northwestern. While tutoring physics, I started a theater company and was a working actor in Chicago. A few years ago, I went back to grad school. It’s been a winding path, but I’ve ended up where I wanted to be when I was 10. It’s been a fun ride.

Do you ever think about your Jewish background while doing scientific research?

For me, Judaism is about making life richer by asking questions, and that to me is such an inherently scientific perspective. Jews are taught to question and to reason. The Talmud is a bunch of rabbis arguing — it’s like a scientific journal. For me, there’s something very Jewish about combining inquisitive minds with questions about the nature and origin of the universe. There’s something very spiritual about trying to understand the world that we were born into.

“Talking With …” focuses on local Jews who are doing things we find interesting. Send suggestions to [email protected]. 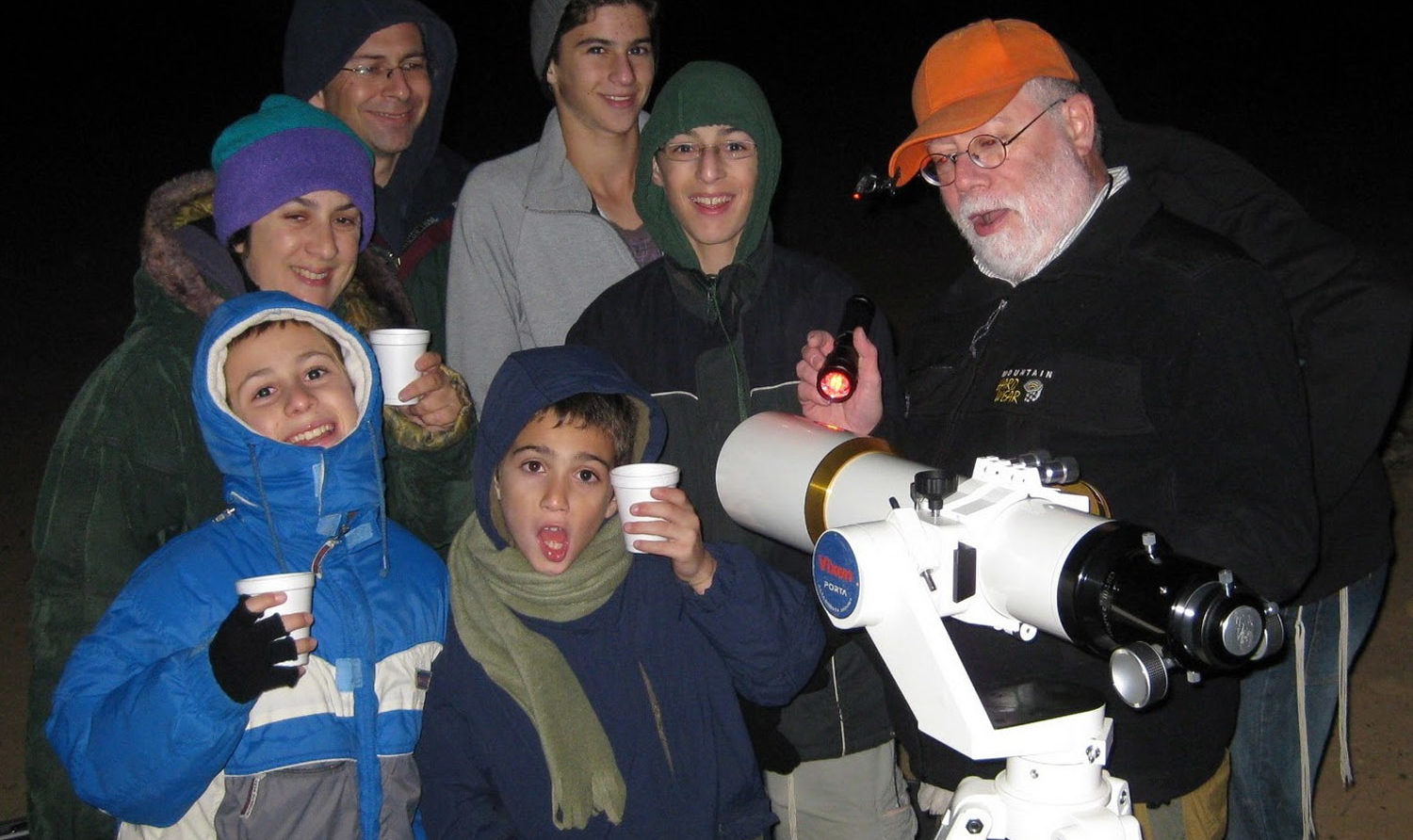