Fueled by energy drinks, adrenaline and a strong sense of wanting to make the world better, 11 teams of UC Berkeley students spent last weekend working with people with disabilities to create devices that could improve their lives. It was organized by a team of students called EnableTech.

They were participating in the first collegiate Tikkun Olam Makers event, where students in fields ranging from neuroscience to mechanical engineering sacrificed time and sleep — and were paid back in gratitude and lots of munchies.

Among the projects they worked on were creating a prototype that can help someone with limited hand strength to apply makeup, and building a commode that can be folded up for transport on a plane.

Tikkun Olam Makers (TOM) was conceived by the Tel Aviv-based Reut Group, whose website says it is “focused on creating and scaling effective models to tackle some of the toughest challenges facing Israel and the Jewish people, while making a significant and distinct contribution to humanity.”

The first TOM event was held in 2014 in Nazareth, and the program has grown into a global experience with Makeathons in such locales as Ho Chi Minh City, Buenos Aires and Melbourne.

The Berkeley event, which ran from March 17 to 19, was the first student-led TOM experience. There will be five more Makeathons this year, including at UC Irvine, Northwestern and Vanderbilt, supported in part by a grant from the San Francisco-based Jim Joseph Foundation.

Rebecca Fuhrman, TOM’s Architect of Inspiration, said there are 1.1 billion people globally with a disability and plenty of people who want to help them.

“People have talent and they really want to volunteer to do good in the world,” she said on the morning of March 19 as students shuffled back into the main work area after a few hours of sleep. “They have been working from dawn to dusk burning the midnight oil.”

I loved the fact that I could possibly help someone out who’s in the same shoes as me.

Among the early risers was Joshua Toch, 20, a junior majoring in business administration at Cal. His team worked on speech translation software for an 11-year-old girl who has cerebral palsy and has difficulty being understood when she speaks. The team, which included Google employees, developed an algorithm that takes samples of her speech and trains itself to memorize words, which are then either projected on a computer screen or repeated electronically.

Toch, from Morgan Hill, also has cerebral palsy. He was a Diller Teen Tikkun Olam Award winner in 2014 for creating Mind Before Mouth, an anti-bullying group that uses public speaking as a way of creating awareness, after being ridiculed by bullies for his disability.

“I loved the fact that I could possibly help someone out who’s in the same shoes as me,” he said. “It’s just about helping people, and wherever that help is coming from, it’s great.”

In addition to working on their projects, participants are required to document how they came up with solutions, so that the devices can be replicated. All TOM inventions become available to anyone at no cost.

That’s important to members of the disabled community, who often have to pay exorbitant amounts for devices that help in their daily lives. Pierluigi Mantovani, 23, who graduated from UC Berkeley last year with a degree in cognitive science and now works as a neuroscience researcher at UCSF, knows all about that because his father has multiple sclerosis.

Using volunteer labor and relatively inexpensive materials, Mantovani’s TOM team designed a special glove for a Berkeley filmmaker in a wheelchair who has very limited use of his hands. By slightly moving his wrists, he now can navigate a computer screen — using electromyography, which detects signals from his muscles. Before, he had been limited to using a joystick with his lower lip.

“We are really into making assistive technologies more affordable,” Mantovani said. “We want people to see these devices are extremely expensive for no reason.”

Tomás Vega, a senior computer science and cognitive science major and another member of Mantovani’s team, said it was all part of an effort to “democratize” the assistive tech field — and added that TOM was a great way to spend a weekend.

“When someone tells you, ‘Thank you for changing my life, for improving the quality of my life,’ there’s nothing like that,” Vega said. 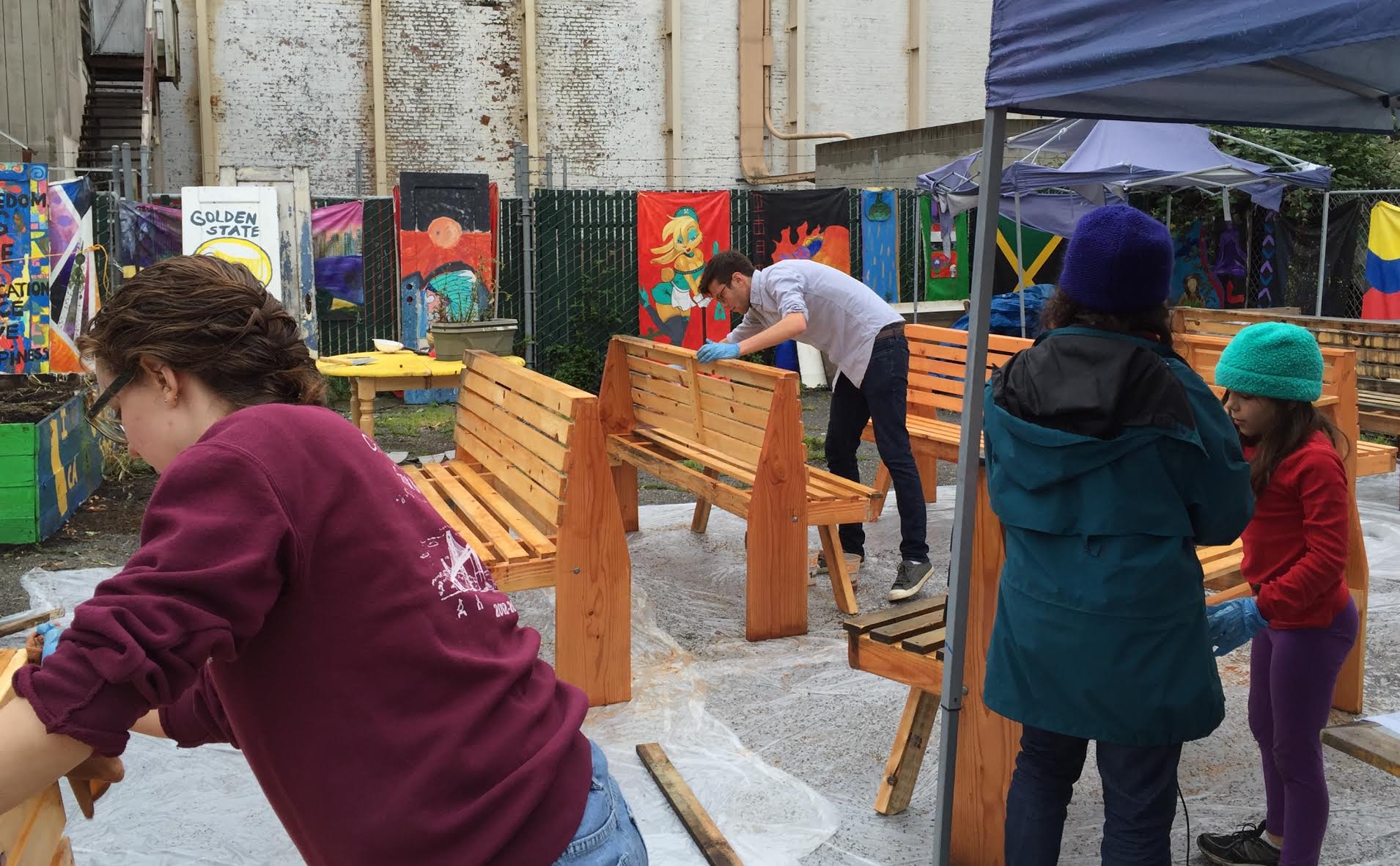