The American-born, U.K.-raised portrait photographer, 52, admits there “are some parallels” in their careers, though “obviously, I’m nowhere near as successful,” he said.

Still, Borden is England’s go-to photographer when a publication wants a celebrity portrait. Elton John, Paul McCartney, Ewan McGregor and, perhaps most famously, Margaret Thatcher, have been among his subjects. His work has appeared on the covers of Vogue and GQ, among many other publications, and more than 100 of his works are in England’s National Portrait Gallery.

Around nine years ago, however, he felt there was more to life than taking pictures of the rich and famous. At what he called “the height of my powers,” he decided to “use my photography for something more useful.”

He began a journey that took him as far as Israel, Australia and back to the United States to take photos of Holocaust survivors — 200 of them, all told. Of these, 104 are collected in his new book, “Survivor: A Portrait of the Survivors of the Holocaust.”

The project was a personal one. Borden was born in New York but moved to England as an infant — first to London, then to rural Devon — where he attended church schools and sang in a church choir. He considered himself Christian, like his mother, Lavendar. Borden said his father, Charlie — an advertising executive and a non-practicing Jew — told him that the only thing he derived from his Jewish background was a fear of anti-Semitism.

Still, from his paternal grandmother, who often spoke about her life as a Jew in her native Romania, Borden had a sense of his Jewish heritage. He also remained haunted by something his father once told him: “The Nazis would have killed us.”

Reflecting on those conversations with his grandmother — as well as his father’s comment, combined with his ambivalence toward Judaism — motivated him to take portraits of survivors, he said. “It was part of an exploration of my identity. In rural Devon, there were no Jewish people.”

He announced the project in 2008 at the London Jewish Cultural Center and posted the early photos on his website, which attracted attention from Jewish media outlets. An article in the Australian Jewish News prompted an outpouring of interest from survivors there and a trip to Melbourne. Visits to the United States and Israel followed. He took the last of the photos in 2010, and “Survivor” gradually morphed from an online project into a hefty — and impressive — 276-page book.

Unlike his celebrity images — which are typically shot in studios where he’s accompanied by assistants who bring extensive lighting equipment — the photographs in “Survivor” were produced with just Borden, his camera and his subject. The images are elegant in their simplicity, each accompanied by a handwritten note. The end of the book features a biography of each survivor.

“If you are photographing a celebrity, it is incumbent upon the photographer to be mindful of what the magazine wants,” Borden said.  “I wanted [these] portraits to be an authentic record of the relationship I had with my subject on the day.”

Survivor Susan Goodchild, for example, was smuggled out of Paris, hidden beneath the false bottom of a coffin. She survived the war in a Catholic monastery. She’s shown in a thoughtful pose on what appears to be the roof of her apartment building in Melbourne, staring toward the heavens.

Her comment: “Everybody has a story to be told — they are all important for everybody to know what has happened.  Mine is nearly at its end, but at least it’s not the ending the Nazis had planned for me.”

Fred Knoller sits beneath a painting of himself playing a cello. He fought in the French resistance and, after he was captured, he was deported to multiple concentration camps. Liberated by the British in 1945, Knoller emigrated, first to America and then to England, where’s he’s lived since 1952. Two years ago, he was awarded the British Empire Medal by Queen Elizabeth for his services in Holocaust education.

“I am glad to be an optimist,” he commented, “because that is what kept me alive.”

Asked if he had favorite photographs in the book, Borden answered without hesitation. “Felix Fibich made me laugh, cry and helped create one of my favorite images. Being a choreographer, he asked if he could express himself through dance. The emotional intensity he conveyed in the photograph is almost difficult to observe.”

Another favorite was Jack Jaget, who offered Borden some take-no-prisoners advice. “While talking about relationships with [him] during the shoot, I remember his sage words, ‘If someone doesn’t want to be with you, then f—k them,’ ” he said. “That still makes me smile.”

Which brings us to Borden’s favorite famous-person photo, his iconic portrait of Thatcher. It was 2006 and he was on assignment for Time magazine. He saw the former prime minister blink toward the end of the shoot, and that prompted him to ask her to close her eyes, which she did.

“I think when you get someone to close their eyes, they’re in a position where you can observe them,” he said of the award-winning image. “They seem vulnerable … When you see a photo of her in her old age and with eyes closed, there’s something absorbing about looking at her and reflecting on how she affected our lives.”

And yet, Borden noted how his work on “Survivor” opened his eyes to aspects of Jewish life: “It was interesting having my first Shabbat meal, going to Israel, and understanding the social and cultural emphasis on family.”

Borden added that his journey had a profound impact on him in many ways. “It’s been an amazing experience,” he said. “Sometimes, through the vicissitudes of life, you have ups and downs, and I’ve not been an exception. But meeting with these people put things in perspective. It made me realize that what I had to deal with was of very little consequence.” 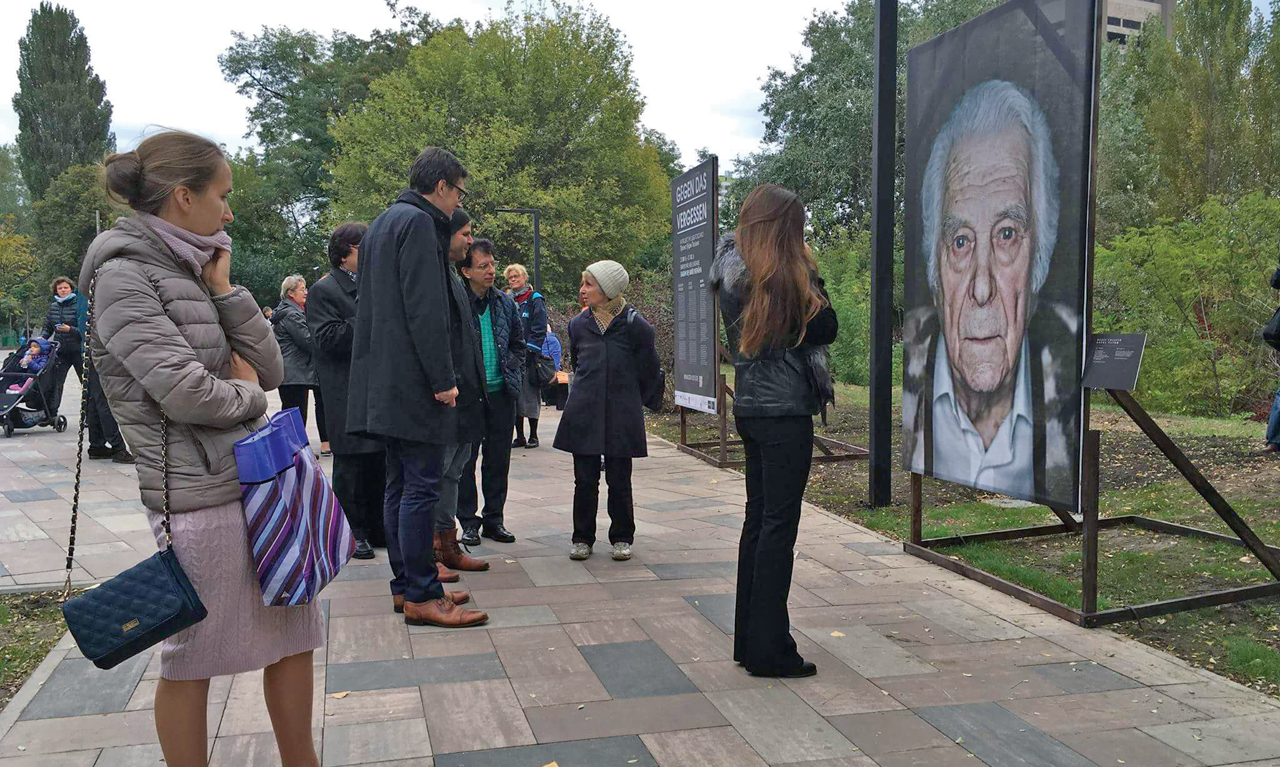 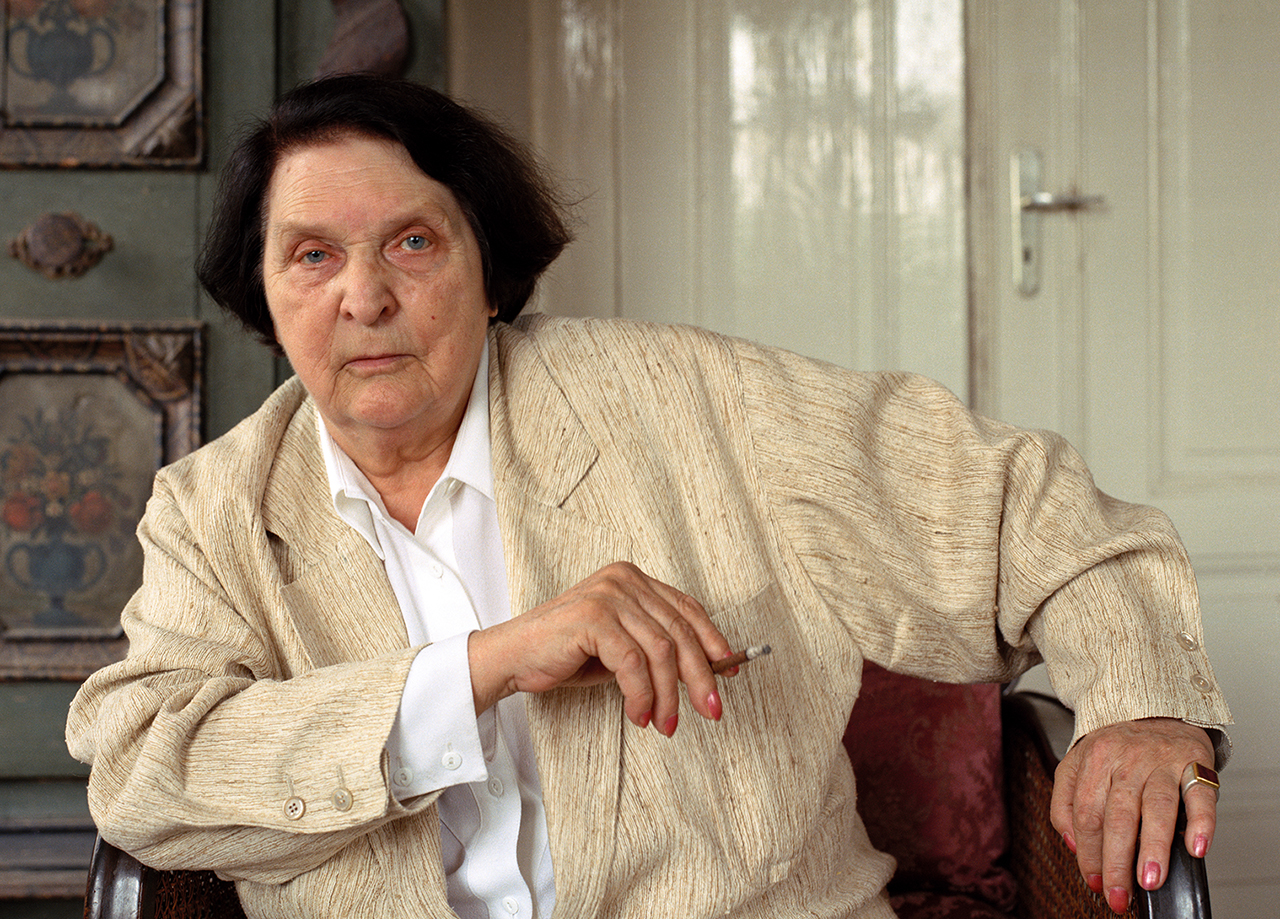 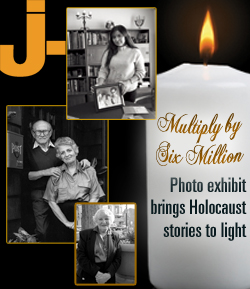