The moment he woke up in the hospital, with another man’s kidney in his body, Jim Gefen knew his 16-hour days of dialysis were over and that he could begin reclaiming his life — playing basketball with his kids and returning to work.

It has been nine months since Gefen, a technical marketer for Cisco Systems, received a kidney donated by fellow Israeli Yogev Azulay in an eight-hour operation at UCSF Medical Center. The two connected via a Facebook campaign launched by Gefen’s wife, Galit.

Azulay was in an Israeli hospital, watching over his ailing niece when he saw Galit’s post. He decided to offer his kidney, hoping that if he did this mitzvah intended to save a life, God would step in and save his niece.

Nine months later, his niece has recovered and Azulay has a scar on his torso to remind him of the kidney donation. And Jim Gefen, 51, is rebuilding his strength despite some postsurgical complications.

“I definitely think it’s a miracle,” Gefen said at his Livermore home. “You trace the history of events that took place. Where was Yogev when he read the post? Where was I? It’s like things kind of guided us to be at a certain point at a certain time.”

Azulay, 28, said in an email from his home in Sderot, Israel, that he feels great and is happy he was able to give Gefen “a healthy, normal life.”

“I can do everything I could before the operation. The only thing that’s changed is how my stomach looks; now I have some [scars] that always remind me that I only have one kidney, because sometimes I actually forget that this happened,” he wrote in Hebrew.

“My grandmother told me when I came back to Israel: ‘You didn’t just save one man, you saved a woman and her five children from being a widow and the kids from being (fatherless).’”

Not all has been perfect for Azulay or Gefen since the surgery last July. Azulay’s wife, Liora, has been diagnosed with lupus that, ironically, has affected her kidneys, and he has not been able to work regularly while attending to her.

Gefen has struggled with the side effects of anti-rejection drugs, “but overall you can’t compare it with what it was like before.” He plays basketball at half-speed with his kids in their Livermore cul-de-sac, and he built their dining room table.

Galit said she’s happy to have her “almost-normal husband” back again and that their five kids — who range in age from 6 to 17 — are relieved.

“They always used to ask, “How is Abba? Is he going to die?’ And now they see gradually how he gains more power. They didn’t have their father for 2½ years, no biking or soccer or basketball, and now he can participate partially,” she said.

A year after the family moved to the Bay Area from Israel, Gefen started feeling lousy. Tests revealed he had about 5 percent of kidney function. Dialysis increased from nine hours a day to up to 16 hours, but he worsened. His only option was a transplant — a process that usually means years on a waiting list.

“You try to deal with what you have and make the best of it, but it became pretty clear that it wasn’t working,” he said. “You’re in this kind of denial thing — it’s not really happening to me. From the moment I was diagnosed, the doctors said the only viable solution long term was a transplant.”

Cisco, where Gefen has worked since 2005, allowed him to work from home while he was undergoing dialysis. At work, the Greek-born Gefen is known by his birth name, Dimitrios Vlassopoulos. He and Galit, who met in Israel, adopted the surname Gefen when they married.

“I saw the way he deteriorated every day,” said Galit, a former medic in the Israeli army who launched the Facebook campaign seeking a donor. Azulay, who had asked for prayers for his niece on Facebook, was scrolling through them when he saw the plea.

Galit also had to deal with the kids’ fears. She had to do most of the work as the family moved from San Jose to Livermore a few days before the transplant surgery.

Now her husband is back at work, and the family soon hopes to do some exploring around the U.S. “The dialysis was a pause in our lives for 2½ years,” she said.

“I’ve got my ups, I’ve got my downs,” her husband said. “I feel I’m getting better every day. I’m almost normal.” 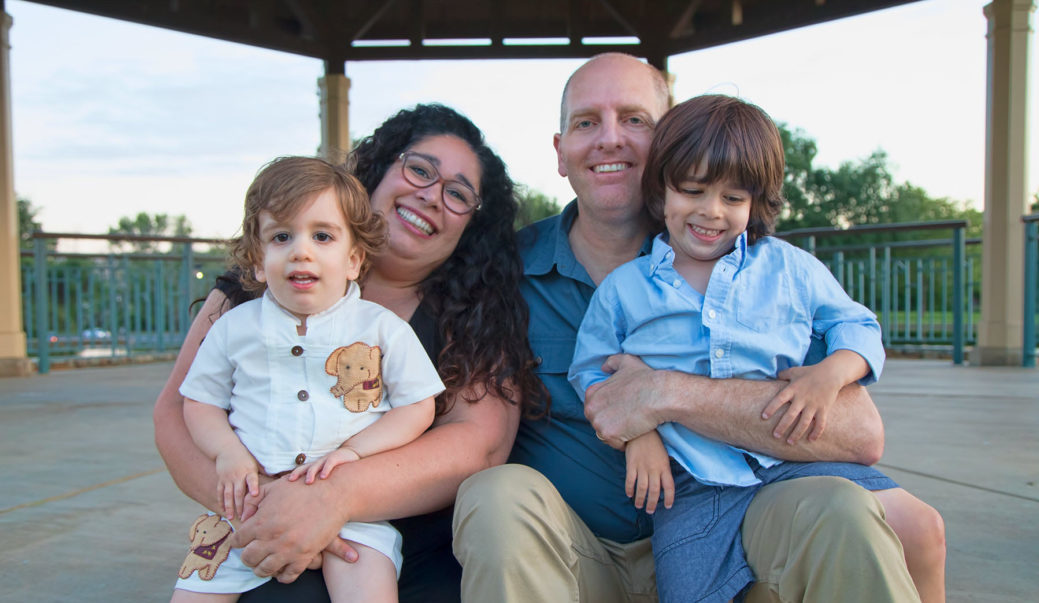