A mural urging respect for people’s differences, including religion, will be erected next to a suburban Philadelphia Jewish cemetery that was vandalized.

About 175 headstones at the Mount Carmel Cemetery in Wissinoming were toppled and damaged in February. Two Philadelphia labor unions offered to provide free repairs and added security, including  setting and gluing the stones, fixing the cemetery fence and increasing the lighting.

Now Mural Arts Philadelphia is launching the mural in partnership with the Interfaith Center of Greater Philadelphia, Friends of Wissinoming Park and Philadelphia Parks and Recreation, the Philadelphia Jewish Exponent reported Wednesday.

The mural, which will be titled “Cultivate Respect,” will be erected in Wissinoming Park adjacent to the cemetery. The project will be unveiled later this month and is expected to be completed by the end of June, according to the Exponent.

Jane Golden, the founder and executive director of Mural Arts Philadelphia, said creating a mural in response to an incident like the one at Mount Carmel embodies one of the functions of public art.

Golden told the Exponent that when her organization creates a mural, it brings people from the community together.

“So there’s this horrific desecration of tombstones in the cemetery,” she said, “and there are a variety of responses — volunteers stepped up and that was wonderful, people start talking about issues. But also another response is to engage people in creating something that’s really beautiful that then serves as this permanent reminder that ugliness is not going to rule the day.” 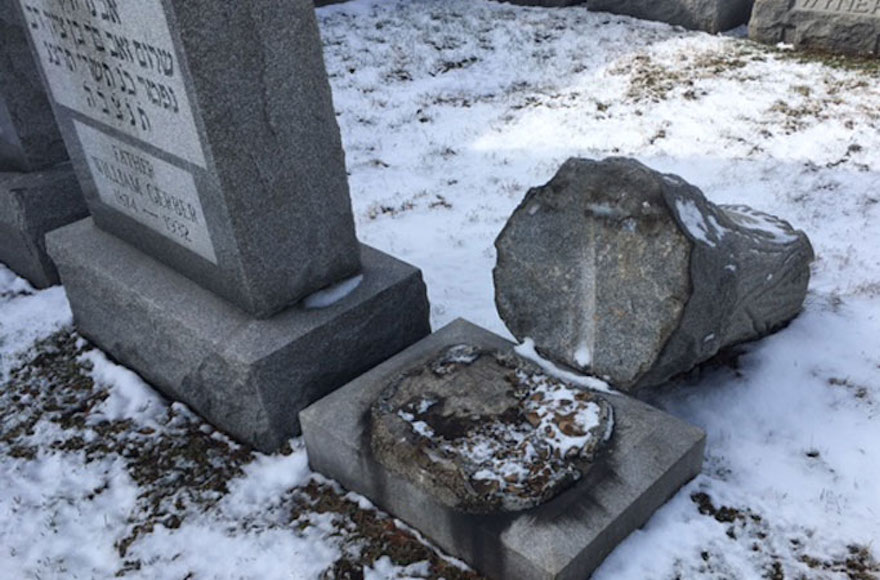