We all are Marla Bennett, victim of terror and history

Thank you for Johanna Meckel’s op-ed “My name is Marla Bennett” (April 28), about the UC Berkeley graduate student who was murdered in the Hamas bombing of the Frank Sinatra Cafeteria at Hebrew University in Jerusalem.

Bennett could easily be the subject of a play based on her moving words. Shortly before she was murdered, she wrote of living in Israel that “each small decision I make — by which route to walk to school, whether to go out to dinner — may have life-threatening consequences. … But there is nowhere else in the world I would rather be right now. I have a front-row seat for the history of the Jewish people. I am a part of the struggle for Israel’s survival.”

Bennett hasn’t been forgotten at UC Berkeley, where a peace garden was dedicated in her memory.

What too many have forgotten is that Israel has invariably sought peace, while its neighbors have repeatedly rejected it. Forgotten are the 1947 U.N. partition plan that the Jews accepted but the Arabs rejected; the invasion of Israel at its birth in May 1948 by five Arab armies determined to annihilate it; the 1967 Six-Day War, in which Egypt, Syria and Jordan tried again to destroy Israel; and the 1973 Yom Kippur War, in which Egypt and Syria sneak-attacked Israel on the Jewish people’s holiest day.

Forgotten, too, are the Palestinian terror attacks targeting Israeli civilians at Munich (1972), Ma’alot (1974), Entebbe (1976) and Tel Aviv (1978); Israel’s peace proposals in 2000, 2001 and 2008, which the Palestinians rejected; and the Palestinian response since 2000: massacres of young Israelis in schools, buses, discos, pizzerias — and university cafeterias.

A heart open to suffering of Israelis and Palestinians

This past Sunday, April 30, I attended the local Israeli and Palestinian Memorial Day Service organized by JCRC’s Invest in Peace, co-sponsored by the New Israel Fund (NIF), and inspired by several passionate local leaders committed to a shared society for Jews and Arabs in Israel. Our gathering was a companion event in solidarity with what’s become an annual memorial day ceremony in Tel Aviv, created by two Israeli NIF grantees: the Parents Circle-Families Forum and Combatants for Peace. I am appreciative that the JCRC not only took part in this event but also played a leading role.

This year, the ceremony in Tel Aviv faced multiple obstacles. The Israeli military denied entry permits to allow Palestinian organizers and guests to participate in the event. Extremist protesters showed up to heckle and harass attendees. Yet a spirit of goodwill, hope and resilience prevailed there and set the tone for our event as well.

I’m hopeful that the JCRC’s embrace of this event will be a step toward opening the Israel conversation in the Bay Area Jewish community further.

As regional director for NIF, I know how sensitive it can be to talk about the occupation. Even using the word is difficult for some in our community. As I listened to Palestinians and Israelis on video sharing their stories of personal loss and their dreams of seeing peace and an end to the occupation, I was reminded of the power of speaking up and the danger of remaining silent or pushing these voices aside. When we listen with an open heart, we are able to go beyond debate and defensiveness, and appreciate our shared humanity.

This is an important leadership moment for our community. I look forward to more opportunities for sensitive, courageous conversations like these.

Daniel Pipes is part of the solution, not the problem

While I can make no comment on many of the allegations in Zoe Golblum’s “S.F. federation donor funds shouldn’t abet extremism” (April 28), I take strong issue with her criticism of Daniel Pipes and the Middle East Forum. Daniel Pipes is a noted Middle East historian whose work I first encountered after 9/11 in an attempt to better understand the threat that we faced. He was then and remains a leading expert on and firm opponent of the Islamist militant movement.

A central tenet of his work is that while militant Islam is the problem, moderate Islam must be part of the solution. Regarding Israel and the Palestinians, he does not rule out a two-state solution but rather maintains that the extreme hostility that permeates Palestinian society precludes it as a plausible policy in the short-term. While I do not necessarily share this view, it is well within the bounds of reasonable discourse.

Too much commentary in our community seems to ignore the profound threat that militant Islam poses to liberal democracy.

Zoe Goldblum’s emphasis on dialogue as well her personal commitment to the cause of peace are both commendable. But her description of Daniel Pipes as one of those supporting “extremism and bigotry in the United States” should be reconsidered.

Pipes is no ‘extremist’

As a longtime student of the English language (and still battling its perplexities and intricacies), I was puzzled by Zoe Goldblum’s cavalier use of the word “extremist” in describing Jewish organization’s Middle East Forum and Regavim and Jewish professional leader Daniel Pipes.

Webster’s Dictionary describes an “extremist” as one who deviates to the greatest and utmost extent from the center of opinion. Even the most jaundiced perspective would hardly describe the organizations, as well as Daniel Pipes, as “extremist.” But then Ms. Goldblum belongs to J Street, an organization that took out a full-page ad in the New York Times thanking and congratulating the Obama administration for taking the State of Israel to the U.N. Security Council resulting in the infamous Resolution 2334.

Instead of going after Pipes, J Street should look at Soros

In defense of Daniel Pipes, whom J Street U’s Zoe Goldblum quoted from an article Pipes wrote in 1990: Dr. Pipes says, “This sentence has over the years attracted considerable attention. My goal in it was to characterize the thinking of Western Europeans, not give my own views. In retrospect, I should either have put the words ‘brown-skinned peoples’ and ‘strange foods’ in quotation marks or made it clearer that I was explaining European attitudes rather than my own. By way of example of those attitudes, here are some quotations from top French politicians from that era…” He goes on to quote various politicians.

Pipes often says that “radical Islam is the problem and moderate Islam is the solution.” Hardly Islamophobic.

J Street members should question the motives of one of their major funders — George Soros. Here are a few things said by George Soros:

George Soros told Steve Kroft in a 1998 “60 Minutes” interview that he was not sorry for accompanying his “Godfather” on his rounds confiscating the property of Jews destined for the concentration camps.

I don’t believe J Street has ever complimented Israel or attempted to understand the reasons for Israel’s policies. If so, I’d like to see the list. The Federation should not support J Street.

Sadly, your editorial railing against Sebastian Gorka was extremely predictable. So-called progressive Jews say nothing when confronted with the very real Jew hatred that is so much a feature of the American left and either exaggerate or fabricate instances of anti-Semitism among the right.

The facts are clear: Gorka has never said anything remotely anti-Jewish and is extremely pro-Israel. For this reason, the Zionist Organization of America has defended Gorka against what it refers to as a “smear job.” When it comes to combating real Jew hatred, the ZOA is so much more reliable than either the Forward or the J. — heck, both gave Obama a pass for eight years and neither has said one word against Keith Ellison (even though he is the No. 2 at the Democrat Party National Committee). It is a very disturbing pattern — biting the hands that feed Jews just to lick the boots which kick Jews.

According to Federation CEO Danny Grossman, who appeared at a J Street U event: “The tone is a positive one, of collaboration. We’d like to identify the places we agree, and develop greater mutual understanding.” (“S.F. Federation CEO, J Street U have a meeting of the minds,” April 21)

But J Street U Northwest region VP Zoe Goldblum, a Stanford student, wanted the Federation to justify its decisions about funding three organizations whose positions J Street U has decided do not conform to the Federation’s funding guidelines.

This is an example of Alinsky’s fourth rule in action. There is no way to keep implementation of Federation guidelines free from attack for some supposed infraction cleverly detected by a determined group whose goal is to undermine and effect change in the Federation to advance its own agenda.

“Mutual understanding” requires Federation to recognize the intent of the tactics employed by J Street U. 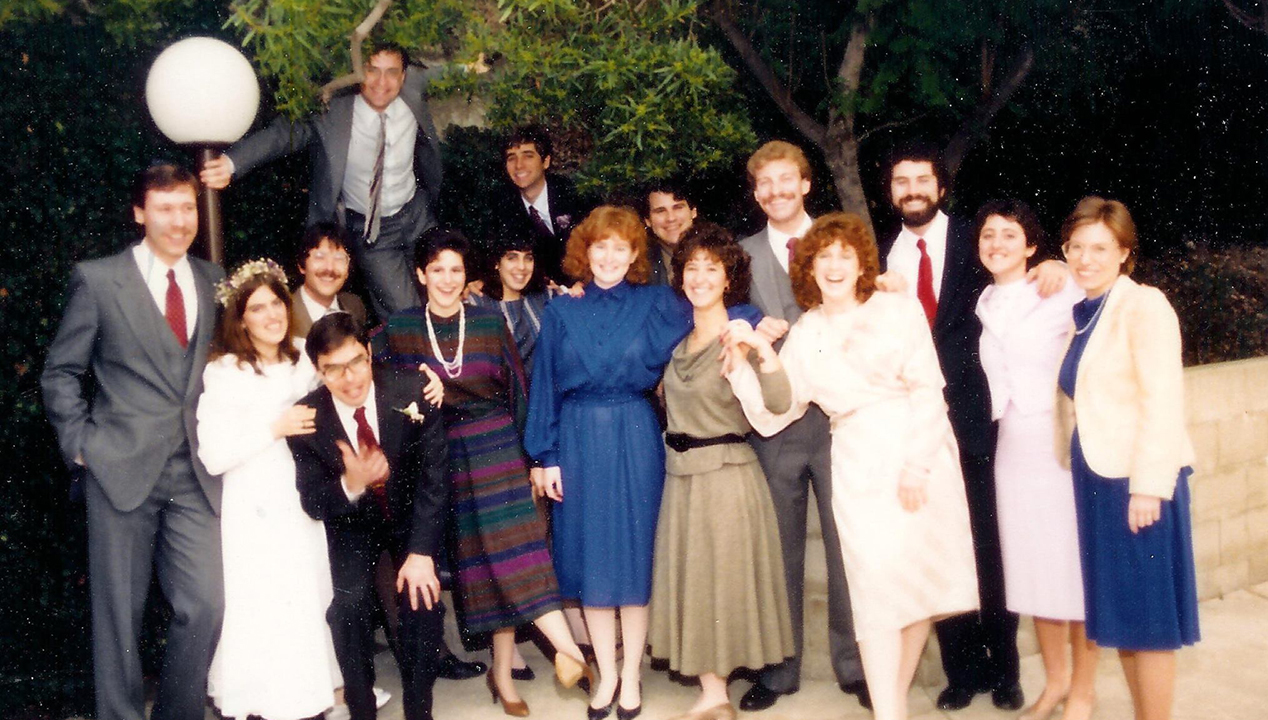 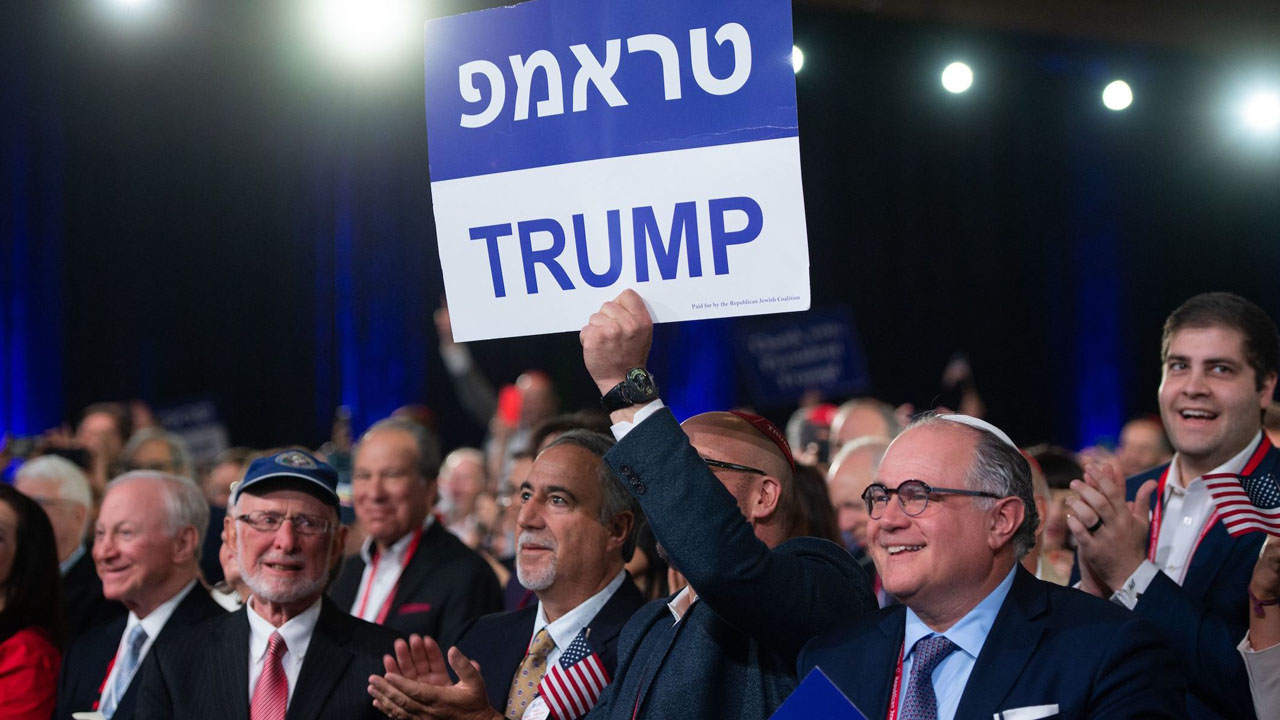