Calling out my temple for allowing hate speech

Last week, San Francisco’s Congregation Emanu-El hosted journalist Bret Stephens as a guest speaker. Stephens is well known for his militaristic views and support of the Israeli occupation, which he advances as an op-ed columnist for the New York Times and previously defended as a foreign affairs columnist for the Wall Street Journal. I grew up attending Emanu-El; it is the synagogue where I was taught Jewish values and developed my morals as an individual. I cannot remain silent as my temple lifts up the voice of someone whose ideology stands in such opposition to the values I learned there.

Stephens has consistently used Islamophobic, anti-Palestinian rhetoric in his writing. In October 2015, he wrote a column for the Wall Street Journal titled “Palestine: The Psychotic Stage.” He referred to a “communal psychosis” in which Palestinians are gripped by a “blood fetish” to “knife Jews to death, one at a time.” In another column in August 2016, he called the problems that the Arab world faces a result of “the disease of the Arab mind,” generalizing all Arab people as “haters” consumed by anti-Semitism. Stephens’ armchair diagnosis of entire peoples supposedly justified his argument that Palestine should submit to occupation and oppression.

Beyond this, there are other problematic issues in Stephens’ writings that should have made Emanu-El hesitate before inviting him to speak on the bimah. Stephens is a climate change skeptic who has compared those who believe global warming is a problem to anti-Semites. He has argued that rape on college campuses is an “imaginary” epidemic. He has disparaged the Black Lives Matter movement and displayed outright racism, writing that there exists “no moral agency in the black community.” Stephens’ support of the Israeli occupation, which a U.N. special rapporteur called “an affront to international law,” should have been enough to prevent an invitation. His blatant Islamophobic tirades and racist, misogynist views should have sealed him off from the sanctuary.

It is because I have a deep love and respect for Emanu-El that I am calling it out now. It is where I attended preschool, Sunday school and Hebrew school. I became a bat mitzvah and was confirmed on that bimah. I loved the community so much that I returned to the third-grade Sunday school classroom as an assistant teacher throughout high school. Just as supporting Israel’s right to exist does not preclude me from advocating for the rights of Palestinians, my appreciation for my synagogue does not mean I will be silent while it gives a platform to hate speech.

Emanu-El has always taught me to question my actions and beliefs. Sunday school teachers encouraged me to examine my own practices while my rabbis were open to challenging previous scholars’ interpretations. In this tradition, I am calling into question how it has chosen to prioritize certain voices and perspectives, and I am asking my Emanu-El community to question how we respond to this choice.

I was heartened to see that Stephens’ talk drew some who maintain this stance of questioning the status quo. Before the speech, activists from the organization IfNotNow displayed banners stating, “Bret Stephens values: Pro-occupation, Anti-Islam — are not our Jewish values” and “Occupation and militarism do not belong in a synagogue.” They sang “Lo yisa goy el goy cherev,” which translates to “Nation shall not raise sword against nation.” They were met with a few shouts of “Go home” and “Get out of here” and silence from the rest of the crowd, before being escorted out by security.

Not only am I pained by Emanu-El’s decision to give Stephens a platform, I am disappointed in my community for not standing alongside those who stood up for the rights of all people.

I welcome open, productive discourse about the Israel-Palestine conflict. However, welcoming a speaker who has consistently employed racism to further his arguments is actively counterproductive to this goal. It additionally takes away the opportunity to hear from a speaker with a nuanced perspective on the Middle East. In giving the full stage to Stephens and having peaceful protesters removed by security, Emanu-El cannot claim to be facilitating dialogue; instead, it legitimized Stephens’ harmful rhetoric.

In the third-grade Sunday school classroom, one of the core values we cultivated is tolerance and respect for one another. Emanu-El as an institution stands to learn this as well. When it invites someone into our space of learning who disparages, generalizes and marginalizes millions of people, we are not a community that practices the values we teach. 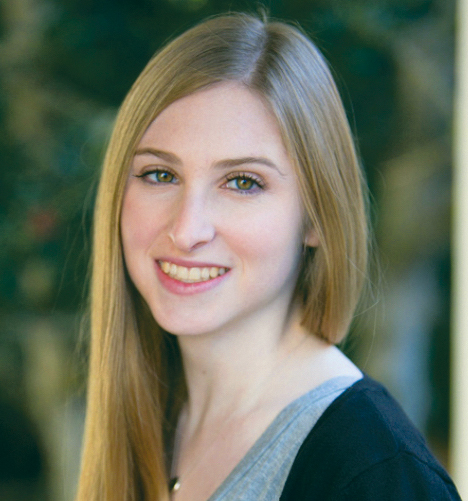 Kate Storey-Fisher grew up in San Francisco and is a recent graduate of Brown University, where she was on the student board of Hillel. She will begin her Ph.D. in physics at NYU in the fall.